The Daily Nexus
Nexustentialism
It's satire, stupid.
UCSB Tour Guide Walks Backward into Hell
April 11, 2019 at 4:20 am by Lucy Fuhr 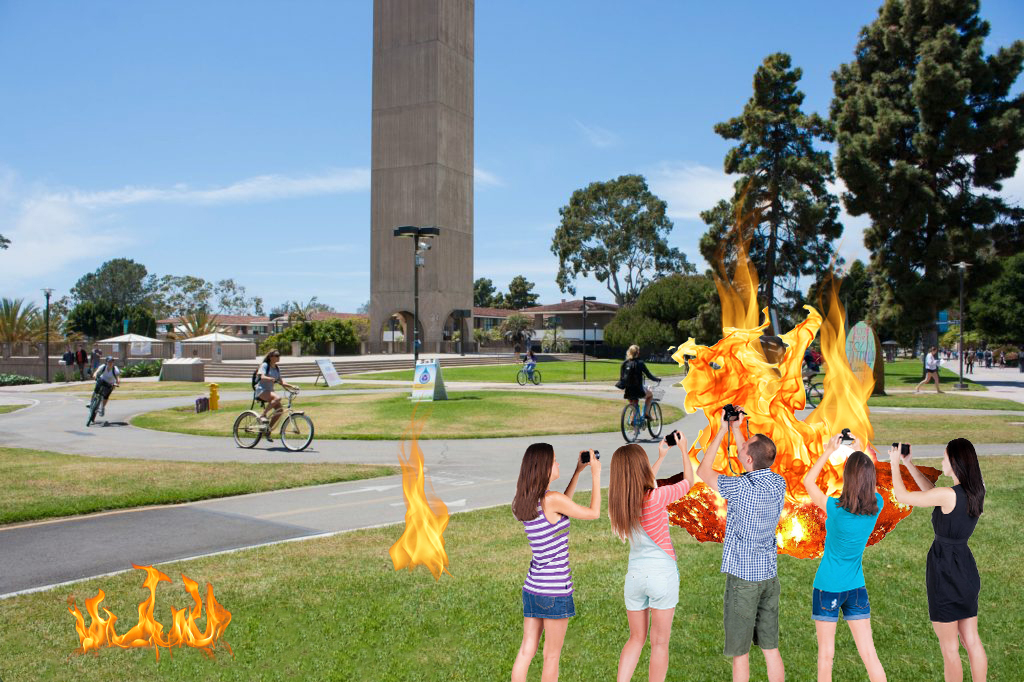 In a completely unsurprising turn of events, third-year Anita Bath, a member of the Gaucho Tour Association, has reportedly walked backward into Hell. Walking backward, a skill that many tour leaders absolutely suck at, has finally led Bath and many other Tour Guides to their final destination.

It seems as though Bath’s lies and atrocious walking techniques have finally caught up to her, as she met the King of the Underworld this past weekend.

“It was, like, so weird,” Bath says. “One minute, I’m leading a tour around Storke Tower, and the next, it was like a million degrees. I couldn’t see where I was going, obviously, because I had to walk backwards — which is, for the record, the hardest thing I’ve ever had to do in my life. Then poof, I was face to face with Mephistopheles.”

The Gaucho Tour Association has declined to release an official statement, instead saying that they value transparency when talking to parents of recently-admitted Gauchos, the high school hopefuls and the middle schoolers who come to campus sometimes because they obviously don’t have anything better to do. Fuck algebra, am I right?

The Tour Association also went on to say that their staff is highly trained at walking backward and forward in a straight line, which is part of the test to become a Tour Guide in the first place, and the rumors of the Tour Guides eating shit at least once a day is just that: a rumor.

While the Tour Association was unavailable for further comment, Satan was more than willing to talk to the press. “I don’t want them here,” the Devil told Nexustentialism. “They’re a totally different breed of evil, and I don’t claim them.”

When asked to elaborate, Satan responded, “they tell prospective students that C.A.P.S. is a good service with plenty of availability — that’s just a blatant lie and false advertisement.”

Bath has not returned from Hell, but the tour she led has recovered well.

“At first, I was really scared, y’know, because Satan is so scary. But I just clutched my rosary and prayed to God. Despite that, I really liked this campus,” a mother of a recently admitted Gaucho said. “I think my child will like it here. The weather is great. Not too hot! Plus, with Satan just around the corner, my child will behave without me there!”

Lucy Fuhr is convinced that the entrance to Hell is located in the lagoon.