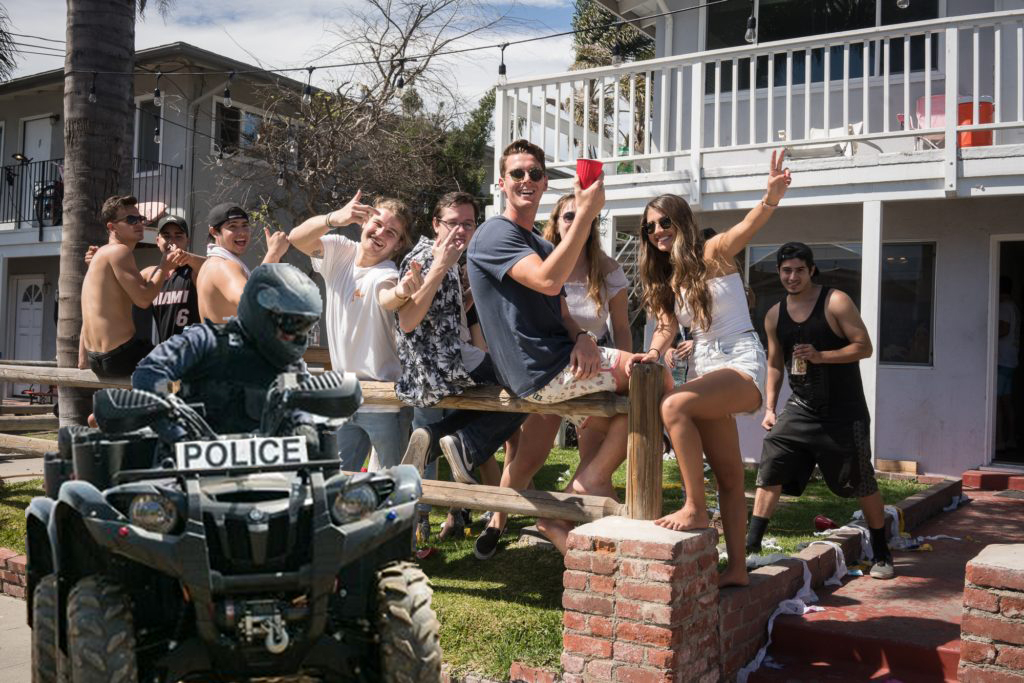 Due to concerns regarding the drunken rowdiness, tomfoolery and other miscellaneous shenaniganz that have come to be associated with Deltopia celebrations, the I.V. Foot Patrol declared martial law in response to Deltopia weekend. This comes as no surprise to those who have been following Deltopia-weekend police activity over the past several years, as efforts to suppress the inherently chaotic nature of these festivities have steadily grown over time.

This saturnalian event has long stood as a hallmark of the Isla Vista party atmosphere, and its annual reprise awakens the most primordial of party animals within each and every one of its inhabitants, compelling them –– like bears awakened from a winter-quarter hibernation –– to prowl the length of Del Playa in search of libations to satiate their carnal thirsts.

Unsurprisingly, this festivity has been a subject of interest for the local police force for quite some time now, and they’ve been relentless in their efforts to quash this celebratory gathering. Though the days of “Floatopia” are far behind us, the essential spirit of the event has remained strong in the face of adversity, refusing to be diminished by beach closures, steadily increasing police presence or the countless ambulance rides incurred as a result of the celebration.

“We really had no other choice than to declare martial law for the weekend. It’s the only way we can keep this community safe during these dangerous times,” one officer responded while loading a drunk, handcuffed sorority girl into a police van for the 12th time that day. When asked for comment, the sorority girl responded, “Uggghhhhh, I juuussssst luuuurve you all sooooo muschhhhhh,” before collapsing to the ground in a drunken stupor.

The National Guard had reportedly been called in to help keep the peace during this tumultuous celebration, and Navy SEAL teams were spotted setting up a makeshift headquarters inside Pardall Tunnel. Considered by some SEALs, “the most ambitious operation undertaken in recent memory,” this undertaking will surely test the utmost capabilities of these elite forces ––  many of whom were setting up sniper positions atop Storke Tower in order to quickly and efficiently identify any potential mischief posed by Isla Vista’s vivacious partygoers.

While this totalitarian, militant regime may maintain a firm presence in the area past the duration of the Deltopia festivities, it’s important to remember that civil disobedience is the only acceptable course of action to resist this occupation and preserve this sacred tradition for future generations. So, next time you see an intoxicated freshman being loaded into a police van, be sure to give her a salute and thank her for her service.

Max Myszkowski may or may not have been loaded into a police van.