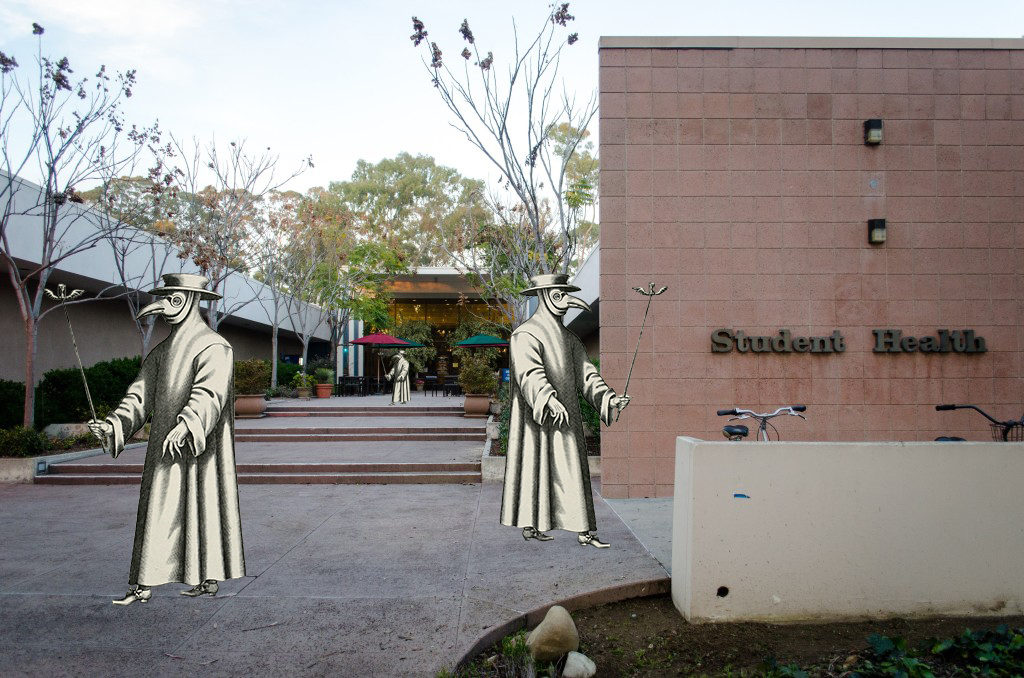 In an effort to save money at the direct and immediate expense of student wellbeing, Student Health Services is pleased to announce that they have replaced all physicians and trained medical professionals with plague doctors.

The cane-wielding, bird-beaked mask-wearing, goggled employees came all the way from medieval Europe just to work with students in sunny Santa Barbara! Despite the fact that they have no real medical experience, lack proper training and, in their heyday, were often described as “second-rate,” they actually provide the exact same level of care as the regular, old Student Health doctors for only a fraction of the cost. Furthermore, since they aren’t real doctors, there is no longer any need for student health insurance, so the program has been axed. Due to this strategic move, UC Santa Barbara has efficiently cut 95% of the cost it takes to run SHS.

“I went in to get treated for mild allergies and I was horrified,” second year sociology major Billy Wilson recalled. “My plague doctor recommended bloodletting then asked me if I needed him to be witness to my last will and testament.”

Additionally, the pharmacy has been replaced with Ye Olde Apothecary. They offer various plants, rocks, frogs and other natural elixirs made in-house, all designed to help treat numerous afflictions such as consumption, mania, demon-possession and more consumption. If a student gets a cold, they will no longer be sent home with a plastic bag filled with a single cough drop, but rather a cloth sack filled with herbs, straw and spices to help ease malaise.

While on his lunch break, new hire and plague doctor Alistair Clarke stopped by the Nexus to chat about his qualifications and passion for the medical field. “Though I doth not has’t a f’rmal education, I doth possesseth a copious amount of myrrh and leeches to aid me in mine own profession.”

When asked to elaborate on his experience, Clarke said, “I cometh from a longeth line of plague doct’rs who is’t all hath lived to the ripe age of childbirth, so I knoweth what I am doing.”

While the university was prepared with proactive communication measures for the expected student backlash to this massive change, students have been shockingly silent.

“I mean, yeah, the plague doctor was scary, but he wasn’t too different from any other doctor I’ve seen at this school,” Billy Wilson concluded.

In his final statements to the Nexus on the wellbeing of his patients, Clarke stated, “I doth not careth.” Though when commenting on his new job at UCSB, Clarke did make a point to note that “th’re is significantly less dysent’ry h’re.”

Ariana doest not recommendeth any of these options ov’r real medicine.