The Daily Nexus
Opinion
In Defense of Dutch Directness
March 6, 2019 at 8:00 am by Britt de Visser

If you were someone’s guest and didn’t like the food that they spent hours preparing, would you tell them?

Last summer, at a dinner with some family and friends in the Netherlands, the host noticed me picking at my slightly dry and overly seasoned salmon. When she asked, “How’s the food?” I politely nodded and told her it was tasty. But she laughed at my fear of offending her cooking and responded with a phrase that anybody raised by immigrant parents is familiar with: “How American of you.”

I was surprised that it would have been more appropriate to say I didn’t love the food rather than pretending that I did. But as a Dutch-American dual citizen who has spent a lot of time in the Netherlands, I have picked up on this dichotomy in communication styles: the Dutch are very direct, and Americans are very not.

Politeness is something deeply ingrained in American culture – we are a culture afraid of offending others and often become indirect and even dishonest in our efforts to stay polite. 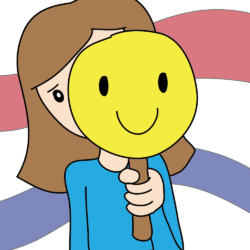 The Dutch, on the other hand, are very transparent in communication. There are few topics that are taboo to discuss. Perhaps this transparency has to do with the fact that the Netherlands is one of the most densely populated countries in Europe – the tightly packed houses and the famed Dutch aversion to curtains cultivates a different concept of privacy. It’s not uncommon to hear people openly discussing personal health issues or their sex lives over a cup of coffee. When I was an awkward tween, I remember being mortified when my grandmother bluntly asked in front of my extended family if I had gotten my period yet.

If you have ever visited the Netherlands, you may have picked up on the fact that it is a nation of straight talk. If someone suggests getting lunch, a simple no suffices if you’re not in the mood. It’s not uncommon to hear someone outwardly telling a friend that they aren’t a fan of their new hairstyle. While this bluntness may come across as plain rude to many, the Dutch view the truth as honest and productive.

When I ran into some Dutch exchange students in the Isla Vista Food Co-op the other day, I asked them what they thought of UCSB. They raved mostly about the weather– which is no surprise considering the Netherlands averages 100 minutes of precipitation per day. But they also said, “You Americans need to stop pretending to be so happy and nice all the time.”

In the States, if you don’t love your friend’s new haircut, you may tell them they look “unique.” Or you may agree to “get lunch sometime,” even when you know that lunch is definitely not going to happen. While I value politeness and I would still never outwardly tell a friend their new hair is hideous, I’ve come to learn that a little dose of directness can go a long way.

Last year in Writing 2, I was peer editing a paper that was – for a lack of a better word – garbage. The previous editor left little smiley faces in her colorful Papermate felt-tip pens, and a comment along of the lines of, “Well, I really liked this part, but maybe possibly this part can sort-of-kind-of be tweaked a tiny little bit!”

Keeping Dutch directness in mind, I told the writer upfront that the paper wasn’t good but that I could help him out. Through this interaction, we ended up working together on our papers and became friends outside of class. Not only was the direct communication more efficient, but I made a friend out of it as well. Often times, cutting the convoluted crap makes it easier to connect with people.

A lot of daily interactions leave it hard to connect with people on a deeper level because they feel scripted. When people ask how college is going, you’re expected to you to say you love it. When waiters ask how the food is, you’re expected to say it’s delicious. Or my personal least favorite – the “Hey, how are you?”  “I’m great, how are you?” “I’m good!” interaction. I’ll be the first to admit I engage in these scripted interactions all the time – and I hate it.

A lot of daily interactions leave it hard to connect with people on a deeper level because they feel scripted. When people ask how college is going, you’re expected to you to say you love it.

A few years ago, I went on a road trip with some family visiting from the Netherlands. We were in an elevator in a Hilton hotel when a man noticed my aunt’s pouty face. When he asked how she was doing,  – instead of responding with the typical, “I’m good, you?” – my aunt told him she was upset because she was promised a room with two queens but ended up in a room with one king. The man charismatically responded, “You’re in Vegas! You shouldn’t be upset!” and brought her to the front desk to have her upgraded to a penthouse suite. My aunt thanked him for his kindness and when he left, she asked the staff who this random man was. Turns out, that random man was Mr. Hilton himself.

Going beyond the expected line of conversation and not pretending to be “good” all the time can lead somewhere much more interesting. The Dutch culture of honest talk, while it does take some getting used to, allows for more authentic conversations and often results in some pretty good stories to tell.

Of course, differences in communication styles are deeply ingrained in culture, and that’s not something that is going to change. I don’t think I’ll ever be able to tell a dinner host I don’t like their cooking. But I do believe we can all benefit from being more direct. So next time someone asks how it’s going, try going beyond the fact that it’s going well. You might just be pleasantly surprised at what follows.

Britt de Visser
Britt de Visser is an Opinion Staff writer. In her free time she likes to work out, peruse Skyscanner for cheap flights to far away places and have impromptu solo dance parties.

as a dual dutch citizen, i agree! what a great article. thanks for writing

This is great! Israelis are the same and we can learn from both. Having grown up in this culture I find it jarring myself, but I can’t stand the phony culture that emerges, particularly in places like California and in the customer service industry.

I wish most Nexus articles were astute cultural observations like this and not far-left propaganda.