The Daily Nexus
Nexustentialism
It's satire, stupid.
The Curse of the Creepy Mural in Ortega Dining Commons
February 26, 2019 at 4:20 am by Max Myszkowski 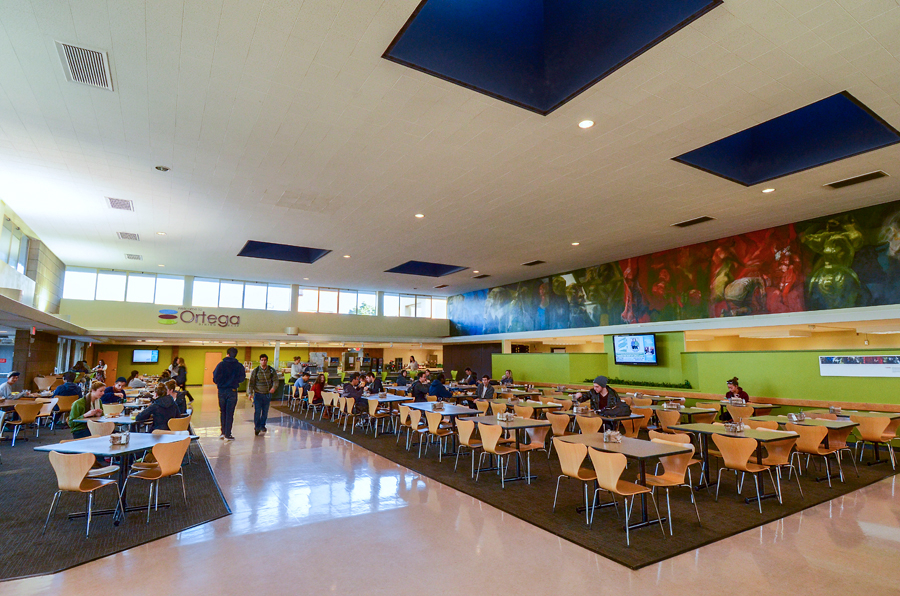 Ortega dining hall is home to many wonders: a piano for show-offs, vegetarian Mondays and a ghastly mural that might suck out your soul if you look at it for too long. Ortega’s 76-foot-long mural, depicting a scene from Homer’s Odyssey, is almost certainly the most cursed piece of artwork on campus.

When reached out to for comment, one student, transfixed by the eldritch horror of the fresco, muttered, “η οργή των παλιών θεών θα επιστρέψει. Η επιθυμία τους για αίμα δεν γνωρίζει όρια.” Translated from Greek, this means something about the Old Gods returning and bloodlust or something (It wasn’t possible to get a better translation because there was a line at the gyro place).

Painted over the course of nearly four years in the late 1950s, “The Odyssey” has been staring directly into the souls of diners for nearly 60 years. The mural depicts men in various grotesque stages of being transformed into swine — their skin melting off, bones contorting and all human essence draining from their bodies — all right above the make-your-own omelette station. Some even say the mural’s true purpose may be to combat the freshman-15 with it’s unappetizing nature.

Howard Warshaw, the creator of the piece, said “The Odyssey” was meant to serve as a reflection for “students venturing on their own journeys from home, through college, and beyond.” The UCSB administration declined to comment on whether human-swine transmutation was something that could be expected as part of the UCSB educational experience.

Though we may never know what secrets lie within the depths of this mural’s imagery, we do know there will be much more time for exorcisms and paranormal testing because the mural was painted for free under the condition it would remain displayed as long as the building stood. This mural might be keeping students slim until the Class of 3000, or at least until UCSB tears Ortega down and replaces it with a less shitty dining hall.

Max Myszkowski now knows way too much about Ortega.