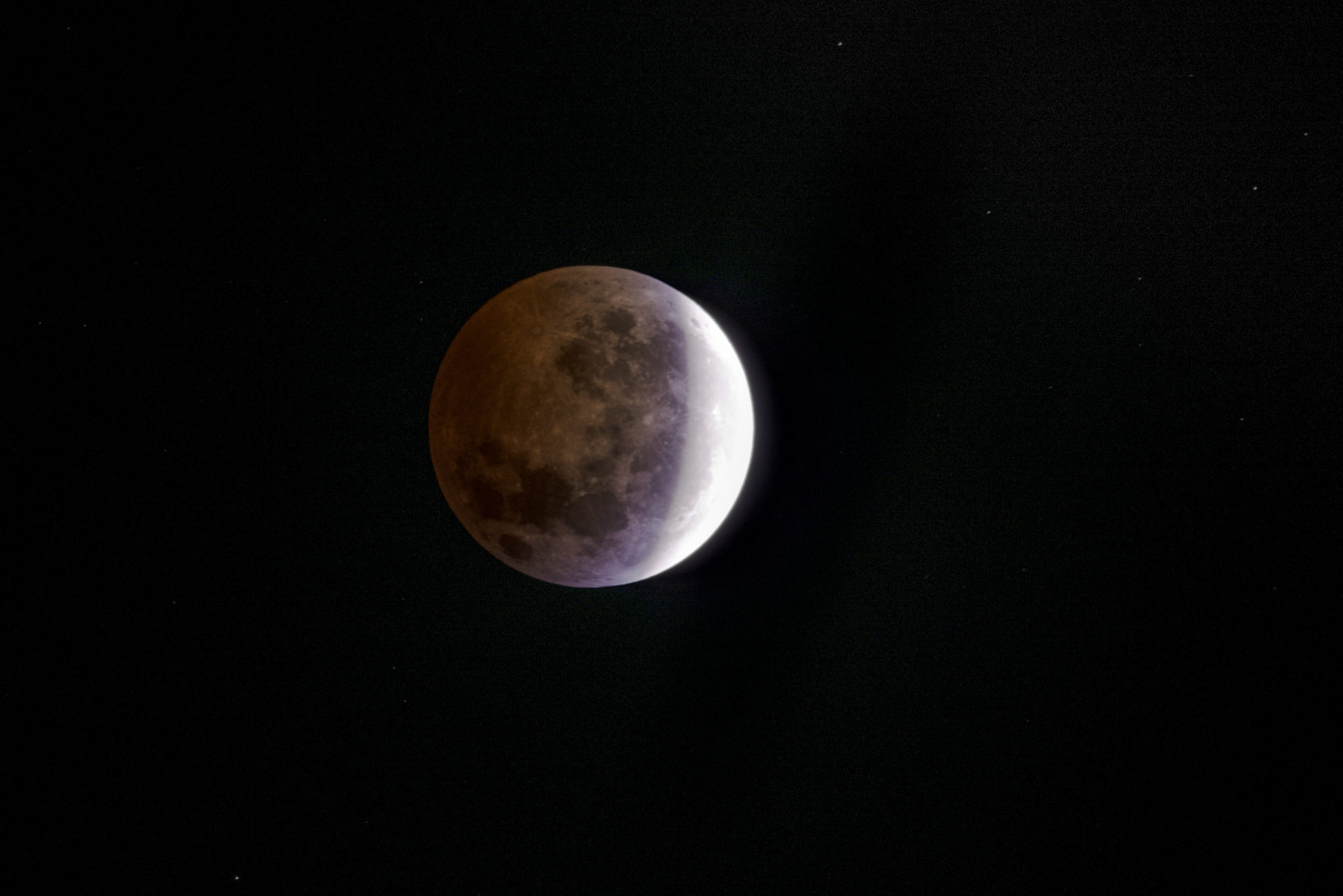 At approximately 9:12 p.m. on Jan. 20, the Earth, for reasons unknown, decided to split its solar and lunar counterparts. Despite similar occurrences in the past, this particular lunar eclipse had an unforeseen effect on Isla Vista, and its consequences were disastrous.

Intensive scientific research has proven that certain activities can synchronize menstrual cycles among females, such as watching “Sex in the City” together, simultaneously devouring aphrodisiacs or even something as kinky as having their dogs shit in the same I.V. park. Our recent super blood moon produced a wide-scale period synchronization, the likes of which have never been seen before. Oddly enough, the group sync was only experienced by UCSB sorority members.

This was the worst possible outcome.

The beginning stages offered little more than sporadic angry texts to friends and ex-friends, coupled with a handful of realizations regarding tampon shortage. Yet as the eclipse neared its peak, so too did the radical events.

Twitter suffered mass shutdowns ranging along the Central California coastline due to an “absolute cacophony of subtweets and spamming of hashtags that included the entirety of the greek alphabet,” according to a tweet by Twitter CEO Jack Dorsey on Jan. 21. WebMD suffered similar server overloads, as they recorded a slew of online questions and calls regarding possible Advil overdoses and uncertain menstrual symptoms.

At peak hour, two riots were reported by the CSOs and onlooking Isla Vista residents at both Starbucks and Caje. Both establishments were forced to shut their doors early due to unmanageable customer behavior that sparked confrontations at both counters and at Starbucks’ recently established mobile order window. Follow-up investigation by the Isla Vista Foot Patrol reported a rampant “painting of Isla Vista with both coffee and big-little craft supplies centered around these two locations,” according to IVFP Officer Junia Malares.

Due to quick-spreading I.V. gossip and ever-loudening sorority sisterhood chants, locations such as Keg N Bottle and Isla Vista Market were able to close before mobs approached to oceanside Isla Vista and suffered minimal damage. A cashier and taquito cooker, who prefers to remain anonymous, commented on the little he saw from the windows of 7-Eleven before fleeing: “…some matching tees? Stained jorts? I didn’t stay long, that shit was wack as fuck.”

Is this supposed to be clever or funny? It is just sad.