There’s nothing better than a hot, savory bowl of ramen when the weather becomes gloomy, but have you ever heard of cold ramen dipping noodles? The main difference between normal ramen and tsukemen is that for tsukemen, the noodles and soup are served separately while the noodles are served in the soup for regular ramen. Tsukemen is typically eaten by dipping the cold noodles into the hot soup, but there are variations in which the noodles are warm too!

This dish was invented in 1861 in Tokyo and spread throughout the country. In the United States, however, tsukemen is pretty uncommon except in Los Angeles. I’m from Los Angeles, and whenever I visit Japantown, I always see a mob of people waiting outside a ramen restaurant, Tsujita L.A. Artisan Noodle. I finally decided to try it and called ahead to find out when the restaurant has the shortest waiting time. I arrived around 4 p.m. on a weekend and I still had to wait about 20 to 30 minutes before getting seated at the bar area. 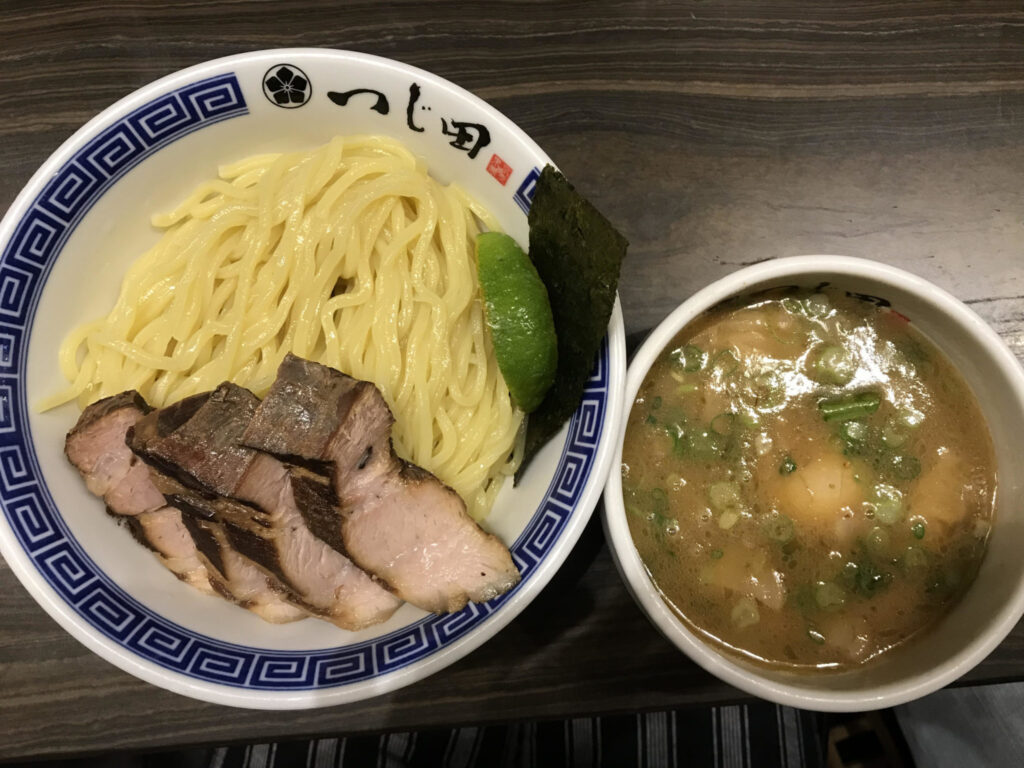 I ordered the Cha Sui Tsukemen, which comes with cold dipping noodles topped with lime and slices of barbequed pork and hot dipping broth, which came with green onions, a soft-boiled egg and more pork meat. The restaurant came with cute flyers that had instructions on how to properly enjoy the dish, which I followed. I squeezed some lime on the noodles and dipped them in the broth. Then, I slurped it up and tried some of the savory pieces of meat. At first, it was weird to taste the cold noodles and the hot soup together, but I got used to it and the contrasting temperatures made the dish more flavorful. I also liked the slices of cha siu, but since there was already pork inside the dipping broth, I would just order the dish without it since it is pretty pricey.

I also tried adding a scoop of karashi takana, spicy pickled greens, for an extra kick. After I finished the noodles, a waiter came and poured a light broth into my dipping broth since the dipping broth is too thick to drink by itself. My stomach was completely full after this meal and the wait was definitely worth it. Overall, the tsukemen was really tasty and it was a fun experience! It’s definitely worth making the drive down to L.A.!