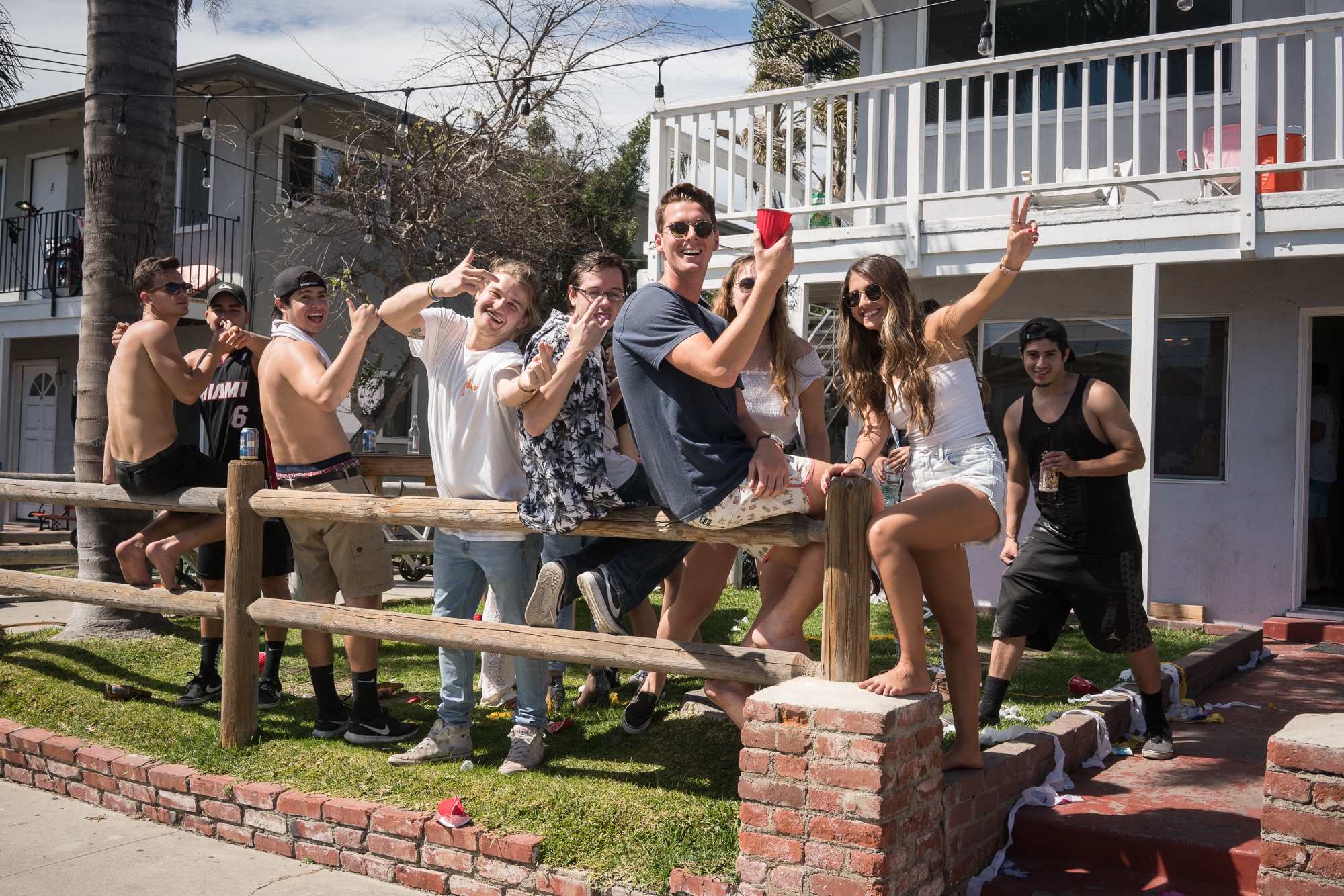 In light of the recent Fyre Festival documentaries produced by Hulu and Netflix, many concerned UCSB students have come forward to highlight similarities over the failed festival and a recent Isla Vista dayger.

With such a star-studded lineup, tickets were sold at $150 a pop, around 145 more dollars than the average weekend Isla Vista dayger. Although the price presented was steep, Instagram posts sponsored by Chancellor Yang from the @ucsantabarbara account provided such buzz around the event that it sold out in minutes.

“We promised him that we would stop calling him Daddy in the meme page,” said one brave anonymous Beta Beta Beta pledge. “That was the first lie we told, and from there I realized this was all one big scam. I’m pretty sure the only artist we could get to come was Bobby Brackins.”

Dayger-goers first realized something was amiss when they arrived to the 66 DP block address and found multiple pledges redirecting them on Birds to another address on the 68 Fortuna block. Once there, the 500 or so ticket buyers were met with only two handles of Vitali and three racks of Rolling Rock beer, considerably less than the much-publicized fountain of booze they were promised. To add insult to injury, music was provided with a pledge playing music off his very own iPhone 4S.

“I don’t even have Spotify Premium,” said the anonymous Beta Beta Beta pledge on the aux cord. “Every song on the U.S top 50 list was on shuffle.”

Eyewitness accounts report the party went only downhill from there, as Snapchat videos show pledges frantically lining up Dixie cups, designating pee corners and hastily getting chase. In one grainy video, it even appears rapper Ja Rule was there ordering fraternity brothers around.

One memorable scene in Netflix’s “FYRE: The Greatest Party That Never Happened” includes a Fyre Festival staff member recalling being asked to complete oral sex in order to obtain clean water for the event. A similar event seemed to unfold at the dayger.

“My big told me if I don’t go down to Isla Vista Market and get chase, I was gonna get dropped,” said our anonymous source. “So I swished some mouthwash, put on my rainbows and Birded over fully prepared to suck dick in order to get two bottles of Minute Maid chase for the dayger. Luckily the staff felt so bad for me they let me take it for free.”

As the realization of the dire dayger set in, many partygoers attempted to leave, only to realize that not only Beta Beta Beta was refusing to fund their Birds back into central Isla Vista, but that there were simply not enough Birds to transport a group of (mostly sober) people home.

“Without any alcohol in me, there was no way I could face the sober walk back to my place,” said a party attendee. “We were basically stranded so far from the rest of Isla Vista civilization. I wouldn’t wish this on anyone.”

The “dayger of a lifetime” ended shortly after at 4:29 p.m. after the family that actually lived at the Fortuna residence found 500 people in their backyard and called the police.

“Damn it,” said one very unhappy attendee leaving the party. “I was really banking on that guaranteed sex.”

Billy Mcfartland would like to inform you will most likely think “what the fuck” to this article if you haven’t watched the documentaries.