As we enter the New Year, you may be looking to set some sort of resolution for 2019. Whether it’s improving your health, saving the environment or even crossing something off your bucket list, the New Year is always a great opportunity to set a new goal. If you’re looking to tackle a resolution this year that only requires a slight change to your diet but comes with many benefits, then I challenge you to look into going vegetarian. Here are six reasons why you should reduce or completely cut out meat from your diet in 2019. 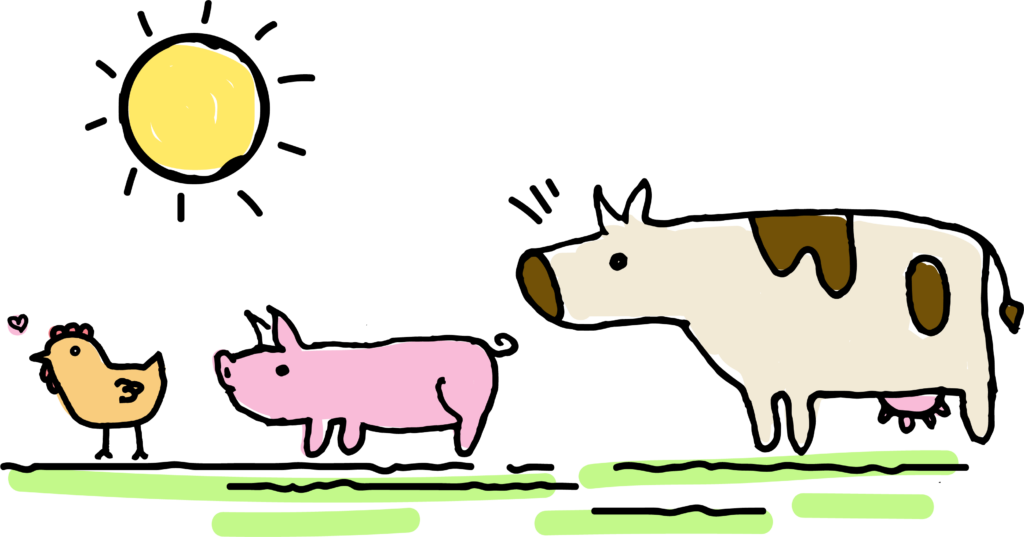 1. Improve your health
It is widely known that decreasing your meat consumption can improve your health in a variety of ways. Switching to a meatless diet is proven to reduce the chance of developing Type 2 Diabetes, lower cholesterol, decrease the risk of cancer, reverse heart disease and lengthen your lifespan (along with many others). Along with these extensive benefits, becoming vegetarian also helps you find more balanced sources of protein. Many people who eat meat regularly are consuming too much protein and exceeding their daily needs, which has been proven to lead to obesity.

2. Help the environment
One of the least talked about downsides of the meat industry is the drastic effects it has on our environment. Vast amounts of water, food and land resources are depleted in order to care for livestock. According to Food Tank, in order to produce just one pound of ground beef, it takes 1,799 gallons of water. As a comparison, soybeans only need about 576 gallons of water. In addition, mass deforestation has become a major issue linked to factory farms. These harmful actions — along with usage of manure and fertilizers — has resulted in massive amounts of carbon dioxide being released into the air, therefore further accelerating the effects of global warming. Lastly, the meat industry’s inability to properly dispose of cow waste has caused pollution in neighboring water sources. This wastewater then gets carried in precipitation runoff to major bodies of water, predominantly the ocean, where it kills helpful plant and animal life.

3. Stand up against the dark side of the meat industry
While we all hope for an ideal scenario where the chicken, cow or pig on our plates come from a peaceful family farm, this is often not the reality. Factory farming is much more profitable in the eye of corporations, meaning companies are willing to house animals in filthy, cruel conditions. The unsanitary conditions under which these animals are housed compromise the integrity of the meat. Young livestock are often injected with hormones and antibiotics that make them grow faster and larger so that companies can exponentially increase the amount of meat produced. The faster they grow, the more meat that can be utilized after slaughter. The high doses of estrogen and other chemicals that are pumped into livestock can have drastic effects on our health. In simply going vegetarian, you can know for certain that your food comes from a natural, humane source.

4. Saving money
There is often a misconception that going vegetarian means more expensive grocery trips, when in reality it is the exact opposite. A shopping cart full of produce ultimately adds up to a lot less than one filled with meat. Grocers and markets can easily bump up prices of certain meats just by labeling them “organic.” A pound of meat also goes bad a lot faster than a pound of beans would, therefore making vegetarianism the more cost-effective and time-efficient choice in the long run.

5. Ending world hunger
As devastating as it is, many countries today struggle with extreme hunger, but it is not from a lack of resources. Food scarcity is not the issue causing world hunger; we have enough land to produce crops that could feed the entire world’s population. However, food is being mass produced only to be given to livestock instead. This process has put third world countries in a never-ending cycle of hunger, since they cannot afford to eat the livestock our crops feed as it is so overpriced. Simply put, the more people who continue to eat meat on this planet, the more people that will go hungry. If less of the world’s produce went to livestock, more of it would go to people.

6. The animals!
This is perhaps the most obvious reason for avoiding meat, but it still deserves to be emphasized. The best way to decrease animal cruelty is by adopting a vegetarian or nearly vegetarian diet. Although not all meat sources come from inhumane mechanisms, there are still many that do. This small change in diet has the ultimate power to decide whether an animal lives or dies.

Whether you’re just looking to try out a lifestyle change this year, or wanting to dive head-first into a vegetarian diet, cutting down your meat consumption comes with so many benefits and hopefully at least one stands out to you. It is important to remember that our protein sources aren’t limited to meat — nuts, seeds, lentils, beans, oats, quinoa, broccoli and brussel sprouts are just a few examples of plant-based foods that are jam-packed with protein. If going vegetarian seems daunting right now, maybe try doing a meatless monday or dedicate one day a week to eating completely meat-free, then work up from there. A step as small as deciding to order a veggie burger instead of a beef patty makes a significant impact on your health, the environment, your budget and much more!

“Switching to a meatless diet is proven”