The Daily Nexus
Student Gov
Ng Is Sole Candidate Remaining in EVPSA Special Election
January 24, 2019 at 12:03 am by Simren Verma

In a third attempt to elect an Associated Students Executive Vice President of Statewide Affairs, Rachel Ng is the sole remaining candidate running to fill the vacant position. 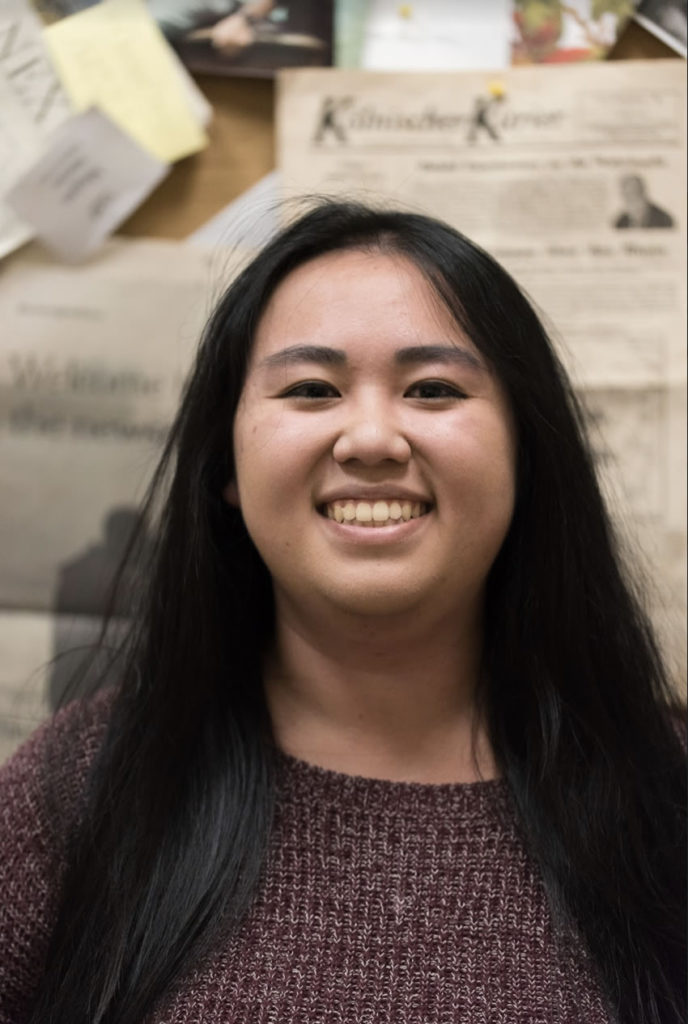 The last student to hold the External Vice President for Statewide Affairs (EVPSA) position was Kristin Hsu, who focused much of her term on decreasing tuition during a time when the University of California Regents were threatening a tuition increase due to lack of state funding.

If elected, Ng, a fourth-year global studies and biological sciences double major, plans to go in a different direction than Hsu.

“I’m more interested in increasing the amount of resources we have on campus,” Ng said.

One of her goals is to ensure that the newly created Survivor Resource Center in Isla Vista receives funding “in order to have the branch… be all that it can be.”

“I really would be pushing for increased access to sexual assault resources,” Ng added.

She also plans to advocate for stricter gun control policies, and was one of the organizers for Santa Barbara’s March for Our Lives.

“I’m from Thousand Oaks,” Ng said. “It both personally touches me, and it’s also one of those things that shouldn’t be contentious.”

“We luckily now have a governor who’s willing to pass it, so I’ve been really advocating for that,” Ng said.

“We fund the vast majority of both of those entities,” Ng said. “If we’re the ones funding a lot of it, that means UC Santa Barbara should be up there with a really loud voice.”

If elected, Ng plans to attend every A.S. Senate meeting to inform senators of relevant legislation.

Ng started out her first year at UCSB involved in the Residential Housing Association as a Project Care Director.

In her second year, Ng was an officer of Los Curanderos, which is a pre-med club on campus that is meant to focus on “disadvantaged communities who don’t have access to equal healthcare.”

At the beginning of her third year, she joined the Associated Students (A.S.) Human Rights Board (HRB), becoming the chair a quarter after she joined.

Ng said that through her position in the HRB, she’s collaborated with the EVPSA office on multiple projects.

“Last year I worked with them on the huge memorial we had in front of Storke with all the backpacks,” Ng said. “For this quarter, during Human Rights Week, [the EVPSA office] is coming out to do their own event.”

Ng plans to utilize social media and class announcements in order to campaign, and believes that the lack of voter turnout in the previous EVPSA elections was due to voter burnout, as students were more focused on the national midterm elections.

The 16 percent voter threshold was not met in the Fall Quarter special election and the sole candidate running was not voted in.

At least eight percent of the student body must vote for the election to be valid. If the election meets the eight percent threshold, Ng will only serve for approximately three months until the winner of the Spring Quarter 2019 election is sworn in.

Simren Verma is the university news editor at the Daily Nexus and can be reached at news@dailynexus.com or simren@dailynexus.com.

If she were qualified for the job, she would know that USSA no longer exists and the focus should be on removing or reallocating the USSA referendum

What is the point of AS? Does anyone remotely care about any of this?