The Daily Nexus
On the Menu
California Tacos and Taproom: A Promising New Spot for Taco Tuesday in IV
January 24, 2019 at 12:00 am by Paige Holloway

California Tacos and Taproom recently opened its doors in Isla Vista, offering yet another option to satisfy the community’s love for Mexican food. The restaurant is centrally located on the corner of Seville, right next to Isla Vista Theatre. My friend and I chose to give it a try one afternoon, and grabbed a quick bite between classes. 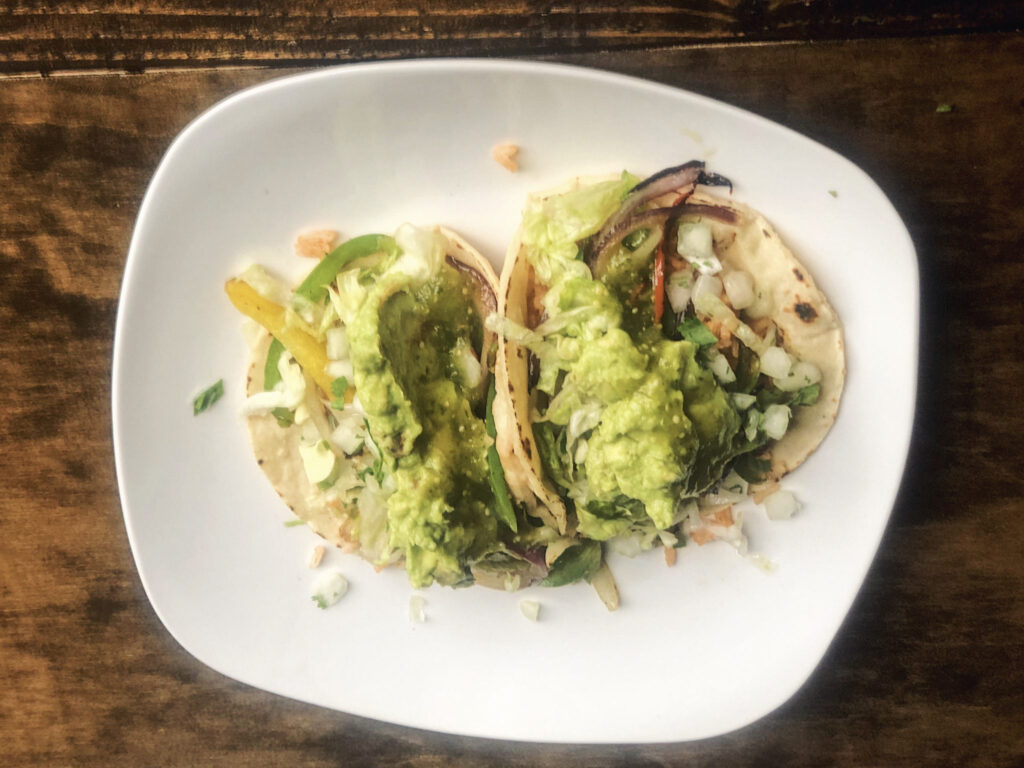 We walked past a spacious outdoor seating area furnished with high tables, large TVs and a long bar with several beers on tap before making it inside. The restaurant features another small seating area indoors next to the walk-up counter for ordering. It surprised me how quiet and empty it was at first, but that’s most likely due to the time of day. In looking at the menu, we were pleasantly surprised to find a wide variety of Mexican food options. Beyond tacos, they offered a full breakfast menu, including chilaquiles, morning nachos, tostadas, taco salads, fajita/rice bowls, burritos and even desserts. They also did a great job of providing a large amount of vegan and vegetarian options on their menu, including a vegan rice bowl, vegan tacos, veggie burritos and more. Although everything looked enticing, we both felt obligated to try their tacos.

The tacos can be ordered in unlimited amounts, but I instead chose to buy two of their vegan ones, priced at $4.00 each. Each came with a corn tortilla, bell peppers, onions, rice, lettuce, Peruvian beans, cilantro, green salsa and, of course, guacamole. I was very happy to find that they were generous with the guac and that the bell peppers were perfectly grilled without tasting too greasy. 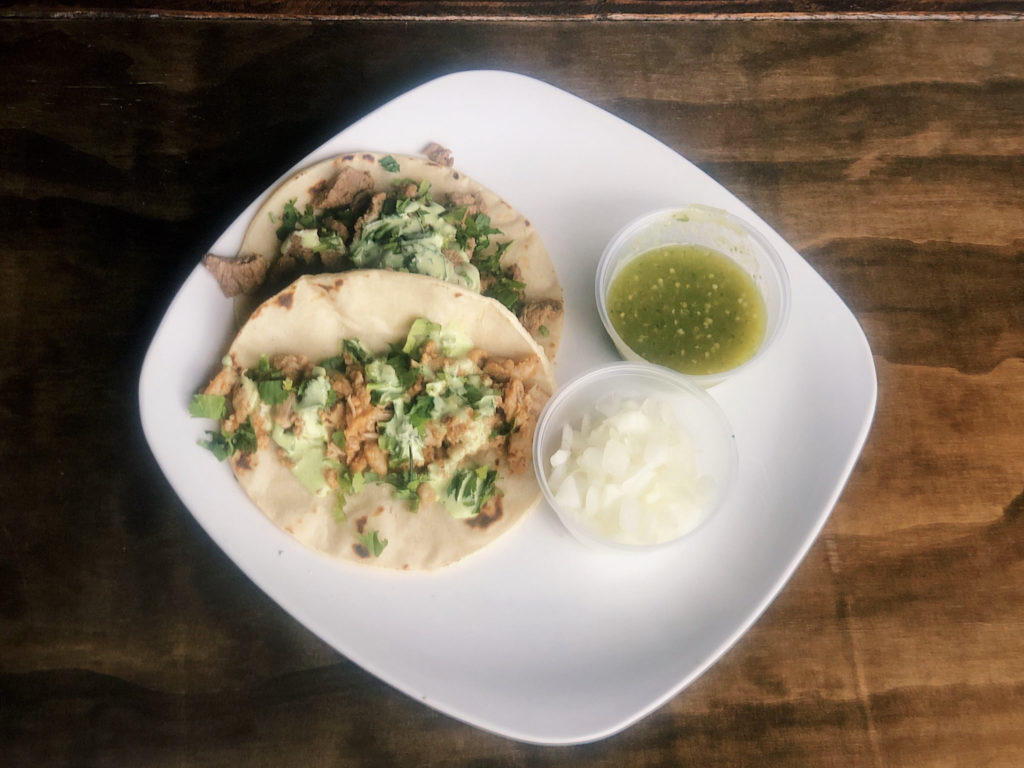 My friend chose to order one chicken and one chorizo taco, which came with a side of onions and green salsa. He told me they both were great, but if he had to choose his favorite, it would be the chorizo because it had just a bit more flavor and paired great with his tasty green salsa.

What really stuck out in our experience was the fact that they managed to make the food decently priced and great tasting, but didn’t end up leaving us with that heavy, bloated feeling usually associated with indulging in tacos. We could tell the food was made fresh and the quick service won us over even further. Overall, this new addition to the list of food joints in Isla Vista provides a comfortable, casual setting alongside delicious food. It’s the perfect place for watching a big game with friends, picking up a quick meal on the go or feeding those pesky late night cravings — considering it’s open until 2 a.m. Next time the Freebirds line is trailing out the door or you’re looking to save a few bucks, I recommend giving California Tacos and Taproom a try!

Vegas tacos for $4 each? That’s pretty expensive for college kids.

Pretty sure they are only open only until 10pm weekdays and midnight weekends.