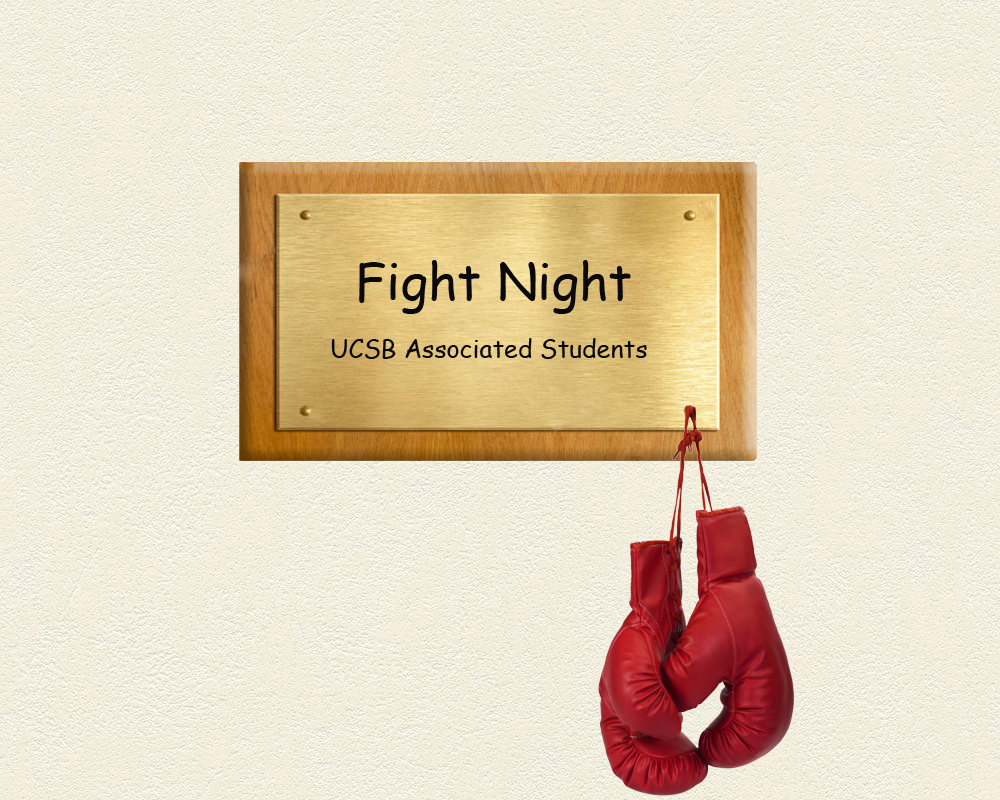 After years of squabbling over Facebook feeds and Nexus comment boards, Associated Students is bringing its tension to the foreground with an evening of bare-knuckle pageantry.

Current rifts in Senate prompted the Associated Students (A.S.) Internal Vice President (IVP) Steven Ho to put on this event in order to “clear the air” and “stop all the public bickering.” Ho was inspired to put on the event after a late night showing of Creed II.

According to Ho, the classic outlets for A.S. feuds have not been sufficient for this year’s political quagmire and thus students need to up the ante. He brought up the idea with several other students in Associated Students, who agreed that something must be done since the issues of A.S. are only metastasizing into more trouble.

This evening of sport will include divisions that span across all levels of A.S. Bouts will include Boards, Commissions and Units (BCU) chairs, Senate members, A.S. Fellows and career staff.

One unnamed source stated that his “bout will be live stream-worthy” and suggested that “you should place your bets now.”

Special fight categories will include IVP versus Judicial Affairs and all of Campus United vs. Brooke Kopel. All levels of A.S. will be scrapping it out for Marisela’s $250,000 salary. Who will be the king of the hill?

This event will take place in the Flying A room at 6 p.m. on Wednesday, Jan. 23 during the Senate meeting.

CSPAN-UNI will be selling pay-per-view showings and direct lines on res hall monitors.

John Jackson has no affiliation with A.S.

take one for the team and bag chris chen

Why are people with Title IX allegations serving as exec officers (IVP) and members of AS still??? What has been done this year???? Just drama drama drama.