The Daily Nexus
UC News
Gov. Brown Appoints New UC Regent, Sparks Concern About Diversity of Board
January 10, 2019 at 12:02 am by Simren Verma

Former California Governor Jerry Brown appointed a new University of California Regent on Jan. 4 as one of his last acts as governor.

The new regent, Jonathan “Jay” Sures, is a UC Los Angeles graduate who is currently the co-president of the United Talent Agency (UTA), according to the UC Board of Regents website. 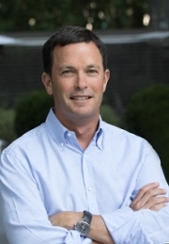 Sures’ appointment has caused some concern regarding a lack of diversity on the UC Board of Regents, and whether the makeup of the board accurately represents the students of the UC campuses.

“He seems to have some considerable leadership [and] financial experience in his past and current positions serving as the Treasurer of Entertainment Industry Foundation and in his role in the UCLA Jonsson Comprehensive Cancer Center board of directors that qualifies him for this role,” Associated Students President Brooke Kopel said.

However, Kopel finds his appointment to “continue the lack of diversity that currently plagues the UC Regents.”

With Sures’ appointment, there are now 12 white people and seven people of color on the board.

“Only seven of those individuals are women,” Kopel added.

“While I hope to see Mr. Sures carry out good work and better higher education for UC students, Governor Brown almost certainly could have found and selected an individual just as qualified as Mr. Sures that better represented the diversity of the UC System at large.”

The UC Regents act to govern the UC as a public trust in fulfillment of its educational, research and public service missions, according to the University of California website.

“We desire future Regent appointees to have a greater understanding of the issues affecting UC students, to have experience working to address these issues with work in state university systems, or to have a background in education policy.”