With the holidays right around the corner, everything that is tied to either Christmas, Hanukkah, Kwanzaa or any other December holiday is in season — whether it’s holiday-themed sweaters, food, drinks, etc. One thing that I’ve always been interested in is eggnog. What exactly is eggnog and why is everyone so hyped up about it, especially during this Christmas season? 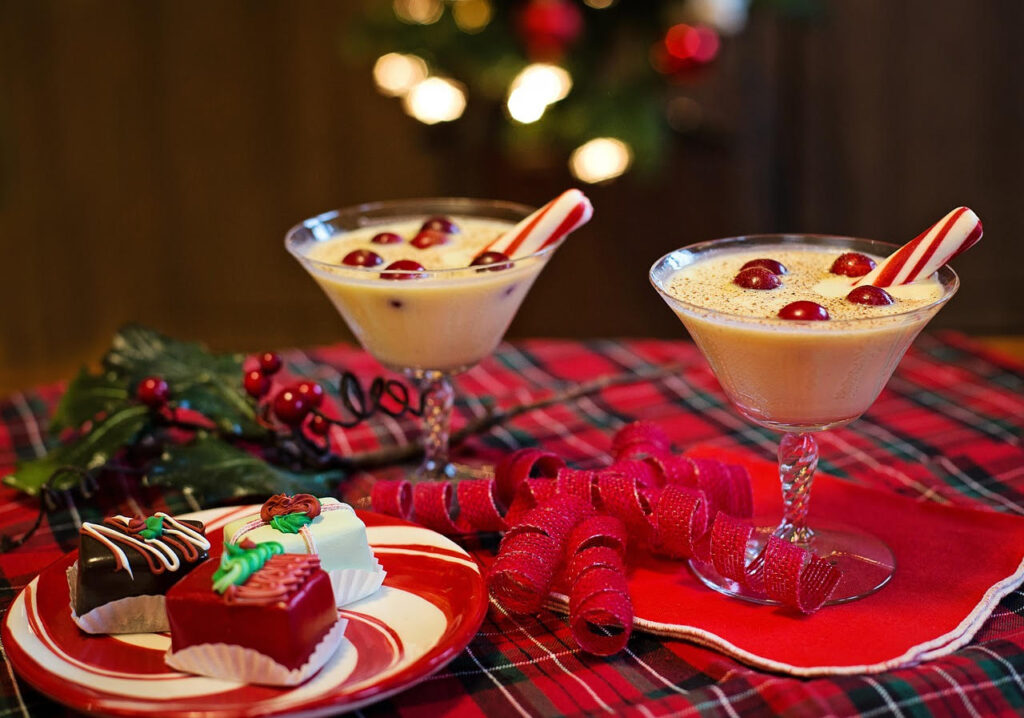 If you don’t already know, eggnog is a mixture of beaten eggs, cream, milk and flavorings often combined with alcohol. What surprised me most was that the eggs incorporated into the drink are raw. Yes, these eggs are only whisked and beaten along with the rest of the ingredients. A big, red flag screaming “SALMONELLA” popped up in my mind when I learned how eggnog was made. The FDA actually advises people to use a cooked egg base when making eggnog, since young children, pregnant women and the elderly are at high risk for this infection. They also advise to not always count on the alcohol being added in to kill the salmonella. Since I would never want to be at risk for salmonella at a Christmas party, I wondered how this drink came to be.

According to Time magazine, the origins of eggnog can be traced to thousands of centuries ago in Britain, where drinks had similar raw egg-like bases. This seasonal drink spread to different countries, each adopting their own version. We can see that in early America, colonists had all the raw material to make this drink: cows, chickens and alcohol. But why is this drink tied to Christmas? Eggnog is a warm, heated drink, and in Britain the drink was for the wealthy, who often drank it during the cold winters. Only the wealthy could afford eggnog, as the spices used and the quality alcohol added was far too expensive for the poor to afford. The quality and accessibility of the alcohol used could also be a reason as to why this drink is only for special occasions, as even the wealthy did not drink it regularly. Nowadays, these ingredients are offered almost everywhere and at any time of the year, but you only see eggnog being sold or consumed around Christmastime. This could be because people just want to keep the tradition alive since it has existed for so long.

I myself have never tasted eggnog and am not sure how willing I would be if I had the chance, but if you’re someone who hasn’t but is yearning to, ’tis the season to go try it. Even if you don’t want to go out and buy it, the ingredients seem easy enough to make it at home. I would just recommend to not risk getting salmonella and maybe look for recipes that have their eggs somewhat cooked!