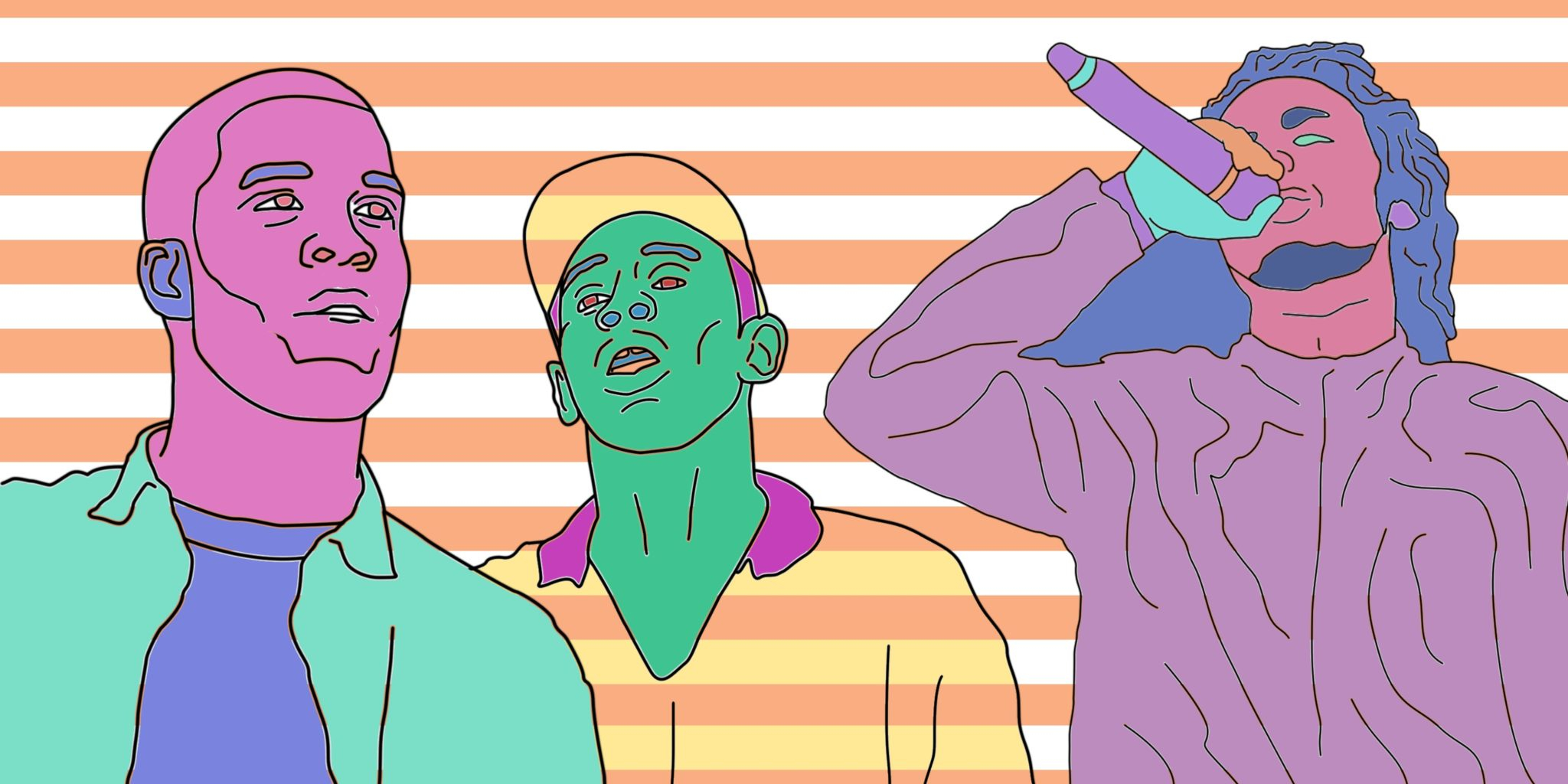 Rewind to 2012: You see a crew of mischievous young rappers being followed around by teenagers in skate merch decorated with kittens, upside-down crosses and sprinkled donuts. This was all led by one tall, gap-toothed and loud individual who goes by the name of Tyler, the Creator. Combine this with a bunch of debauchery and banter from elderly folks claiming that their kids are being brainwashed, and you’ve got yourself a group called Odd Future. On the cusp of their infamy, they decided to take on a ridiculous festival that has come to be known as Camp Flog Gnaw. On the seventh year of its illustrious run, Tyler has taken the monumental Dodger Stadium and transformed it into a ballpark for misfits with a stacked lineup of prominent artists.

The two-day festival first emerged in the form of a carnival, established by the noteworthy ferris wheel overlooking Los Angeles.The foundation of the carnival is the youth who have loved Tyler’s outlandish approach to the music world and fashion and have stuck around to build an empire with the most diverse fanbase up to date. The dark night was filled with bodies wandering through the ballpark covered by sprinkles of ash from the forest fires and cradled by the eccentric music that pounded from bass-heavy speakers.

Both the “Camp” and “Flog” stages provided lethal performances from impressive artists ranging from the likes of young Indie icons Rex Orange County and hypebeast phenomenon Playboi Carti to boy band Brockhampton, while the “Gnaw” stage had significantly lower numbers in comparison. Despite the terrible air conditions, attendees shined in fluorescent outfits to scounder through the new venue in search of the best way to get the most out of the first of the two-day festival. The stadium was perfectly designed with beautiful flower patterns; deep-fried food scents lingered throughout, and people lined up for classic “Adventureland”-esque ring tossing games. Ultimately, everyone found solace in jumping in or sitting around crowds to enjoy the music.

Crowds moshed heavily during sets like that of Atlanta rapper Playboi Carti. His sticky ad-libs and braggadocious lyricism, combined with toxic instrumentals, unleashed savage behavior and raised everyone’s adrenaline to a maximum capacity. Meanwhile, Indie-heads simultaneously danced passionately on the opposite end of the venue to Rex Orange County tracks like “Loving Is Easy” and helped further establish how the festival is far from being filled with unidimensional music enthusiasts.

Kali Uchis took her sensuality to the stage to put on a stellar performance with guitar solos and a guest appearance from The Internet’s Steve Lacy — who also performed earlier in the day — for standout track “Your Teeth In My Neck.” After a passionate performance from the Flog Gnaw founder himself, Tyler, the Creator, during which he channeled a variety of faces to help sing along to tracks that ranged from “Goblin” to “Flower Boy” and at least one track from everything in between, the night capped off with a ruthless performance from the unapologetic “G.O.O.D Music” rapper Pusha T. The infamous rapper put on a pure, captivating performance, creating a diverse setlist with his latest fully Kanye West-produced project, Daytona, and songs from 2013’s My Name Is My Name. Pusha took the atmosphere to the next degree with live installments of Clipse track “Grindin’ ” and even his Kanye West collab “New God Flow” to close out the night.

Before it even began, day two of the festival had established itself as legendary simply based off of the lineup of musical enigmas like Ms. Lauryn Hill and the Kid Cudi/Kanye West duo, Kids See Ghosts. Early on, people stood in enormous lines for the overpriced Kids See Ghosts merchandise and Camp Flog Gnaw memorabilia. Nevertheless, sets from Taco and even Jaden Smith made for a perfect ending to fans’ anticipations. Taco enthralled the audience with the furious pounding from his trap-heavy DJ set, and Smith’s enthusiasm kept the environment lively. Soon enough, class was in session as Ms. Lauryn Hill took the stage and entranced the crowd with beautiful ballads from her iconic debut, The Miseducation of Lauryn Hill. It was truly an impactful moment as she held her very own resurgence of soul at the carnival.

As time passed, bodies rushed to the “Camp” stage and moved in close for Kids See Ghosts. The Cudi-Kanye dynamic duo hovered in a glass box that towered over the stage. The crowd flooded in as Metro Boomin’s signature line, “If Young Metro don’t trust you I’m gon’ shoot you,” played and the beat dropped in their collaborative effort, “Father Stretch My Hands Pt.1,” off of The Life of Pablo. The two icons went through all seven tracks from their Kids See Ghosts album and dabbled in playing classic anthems like “Paranoid” and “Pursuit of Happiness.”

As the two jumped inside the transparent cube, voices joined and screamed lyric after lyric. In this crowd, along with the many others of the two days, there was one frequent face that shined with the most profound responses. Tyler sang along and danced to different performances with a genuine passion in such a childlike manner, proving that he’s honed his own personal playground and shares his enthusiasm for virtuosity. Tyler and Odd Future’s impact has been incredible and crucial for motivating the youth’s creativity.

Camp Flog Gnaw will forever provide a unique home for those who were stigmatized as slackers for wilding out to classic Bastard-era Tyler, the Creator, trying to skate around and find for a place of acceptance. Although his own content has changed quite a bit, Tyler’s influence remains unchallenged and consequently proves just how significant of a role Camp Flog Gnaw plays in the live festival scene.