The Daily Nexus
On the Menu
The History Behind Halloween Treats
October 29, 2018 at 12:00 am by Vanessa Su

For people all across the world, Halloween is a time of joy and celebration as  people connect over the custom of dressing up as cartoon characters, celebrities, movie stars and many other figures. As the month of October slowly trickles to an end, hordes of little kids, adults and elderly people get excited at the prospect of Halloween and the tradition of trick-or-treating. As Oct. 31 draws closer, many families go shopping for enormous bags of varied types of chocolates, candies or other treats to prepare for the neighborhood kids who ring their doorbell and yell “trick-or-treat!” 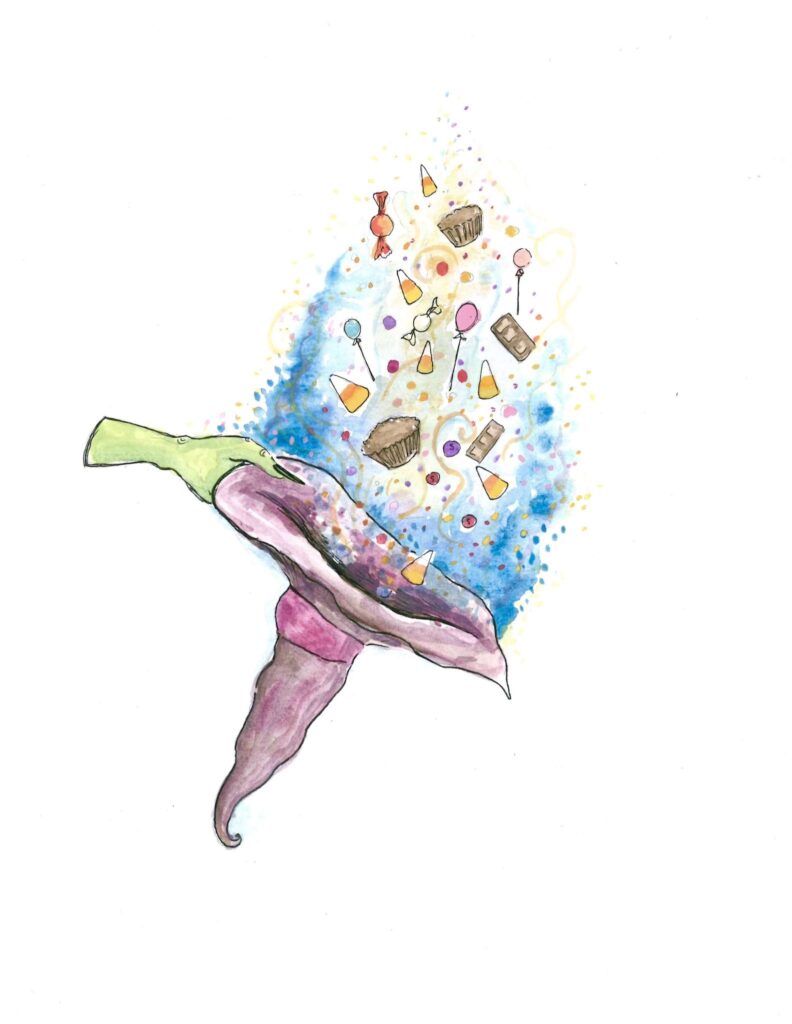 Among the classic candies and treats that are handed out during Halloween, candy corn exists as an all-time favorite mini treat that strongly embodies the idea of Halloween through its distinctive triangular shape and white tip, orange middle and yellow end. According to Wikipedia, candy corn was originally created by Wunderlee Candy Company in the 1880s and was called “Chicken Feed” for its similarity to the corn kernels chickens were fed regularly. The ingredients used to create candy corn were sugar, corn syrup, carnauba wax, fondant and water. These were thrown together, heated and shaped into its familiar triangular form through the use of molds. To this day, candy corn remains a traditional candy that is popularly bought and given to children during Halloween because of its vibrant colors and sweet, familiar taste.

Chocolate has become a family favorite for Halloween trick-or-treating because of the many varieties of brands that produce all different types of chocolates. Of all the brands, one of the most popular chocolates is Reese’s Peanut Butter Cups. These chocolate cups have a soft peanut butter interior encased by a hard milk, dark or white chocolate shell that resembles a pie shape. According to Business Insider, Reese’s Peanut Butter Cups were first created in 1928 by the H.B. Reese Candy Company, which was eventually acquired by the Hershey Company. This chocolate is immensely popular among families in America and still remains a classic treat to hand out during Halloween.

Another Halloween classic is hard candy, which comes in many forms, like lollipops, taffy, chewy candies, etc. A popular favorite is Skittles, which come in five flavors (grape, lemon, lime, orange and strawberry) and has been regularly produced by the Wrigley Company since 1974, according to Wikipedia. Skittles are mainly composed of sugar, corn syrup, palm oil, fruit juice and other natural ingredients. They are commonly distributed during trick-or-treating due to their fun shape and multiple flavors, making them a returning favorite every Halloween.

Halloween has become a fun and adventurous tradition imbedded in the American culture that allows families to come together and bond over the simple activity of passing out candy to other people in their communities. We hope you learned something new from this overview of different Halloween candies, and I wish you all a happy Halloween!