The Daily Nexus
News
SASA Releases List of Asks, Plans to Approach UCSB Administration
October 18, 2018 at 12:05 am by Simren Verma

Students Against Sexual Assault, an extension of the A.S. Human Rights Board, released a list of Asks on its website on Monday, all of which address issues regarding sexual assault and sexual harassment on UC Santa Barbara’s campus.

The organization plans to take this list of Asks to UC Santa Barbara (UCSB) administration within Fall Quarter 2018, according to SASA director Emily Montalvo-Telford.

The Asks request the administration implement a quarterly town hall, a campus-wide campaign about affirmative consent, an annual Public Accountability Report and a paid position for a SASA member.

Students Against Sexual Assault (SASA) hopes the Asks will be implemented by Fall Quarter 2019.

SASA is working with A.S. President Brooke Kopel to “navigate the best route … to address [the] Asks to the administration,” Montalvo-Telford, a fourth-year philosophy and sociology double major, said.

SASA intends to work with Student Affairs as well before approaching the chancellor. 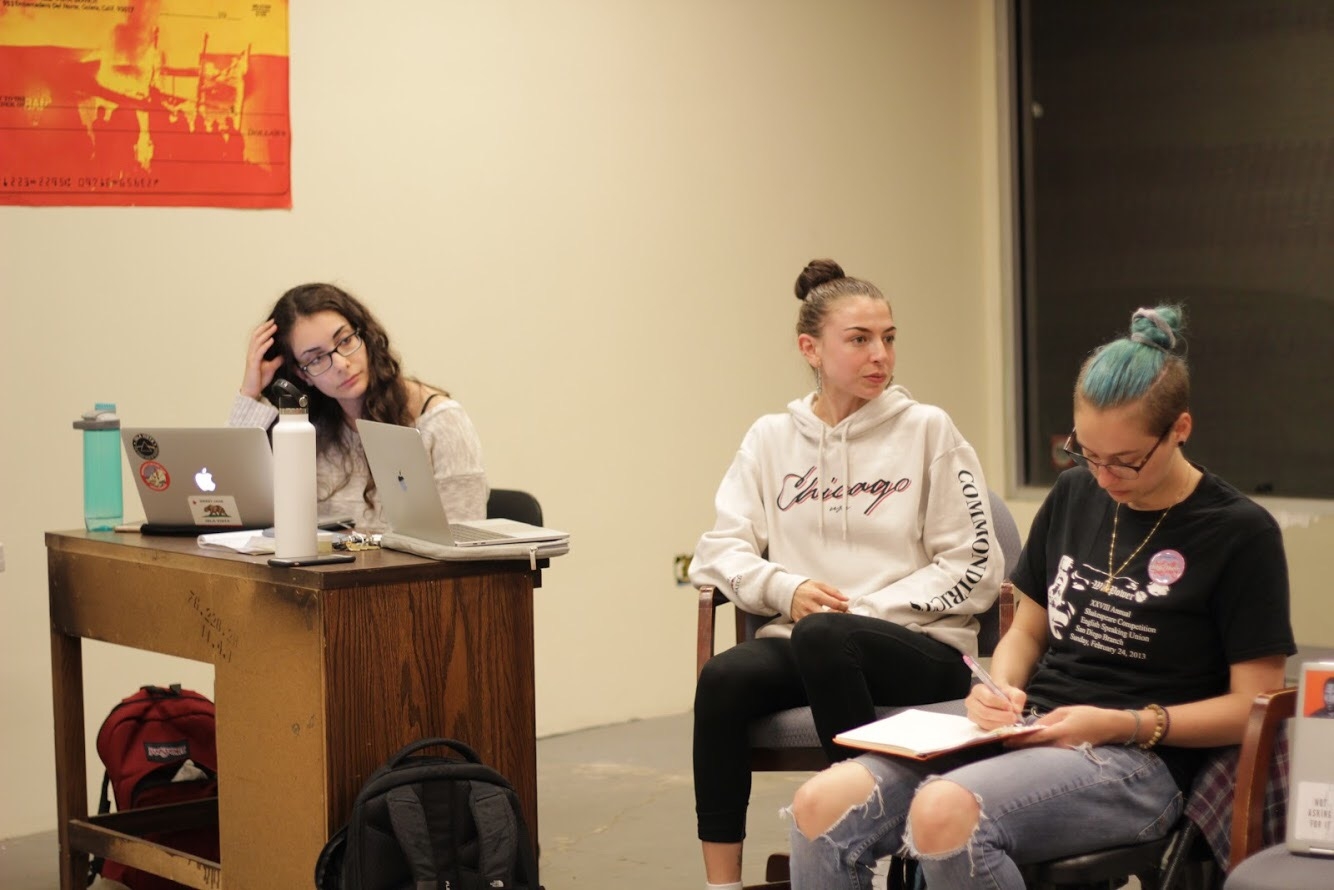 SASA hopes the Asks will be implemented by Fall Quarter 2019. Courtesy of Kaitlyn Nguyen

Montalvo-Telford said she is unsure of whether a protest or a sit-in would occur if UCSB administration does not agree to the Asks.

“In terms of pushback, anytime you ask anything from the university, you face the possibility of them rejecting you … These are not outrageous requests that we are making of the university, which is why we feel very comfortable approaching them with [the Asks].”

The first of the Asks requests the Campus, Advocacy, Resources and Education office (C.A.R.E.), Counseling and Psychological Services (C.A.P.S.), the UC Police Department and the Women’s Center (among others) to be required to attend an open town hall at the beginning of each quarter “for students to voice their questions and concerns.”

There will be a town hall on Nov. 7 in which all of the aforementioned organizations will be present, Montalvo-Telford said.

As of now, UCSB administration plans to have only two town halls this year. The first of the Asks would expand this amount to three.

“We do think that there’s a disconnect between students and the people who are in the power to make decisions about students,” Montalvo-Telford said.

The second of the Asks requests that UCSB must provide SASA with “the funds to organize a campus-wide campaign regarding affirmative consent.”

The reach of the campaign depends on the amount of funding the university provides, Montalvo-Telford added.

UC Los Angeles’s (UCLA) Public Accountability Report provides “anonymized descriptive statistics about complaints, investigations, and sanctions that have been meted out in the past,” according to UCLA’s Equity, Diversity, and Inclusion website page.

The fourth and final of the Asks says UCSB “must create a paid position for a SASA member to organize an hour long conversation about consent and sexual violence.”

This position would replace the current Gaucho FYI content on consent and sexual violence, and it would “act as its own subsection of Gaucho FYI.”

“We don’t think that consent really stops at ‘yes means yes.’ It’s more than that,” Montolvo-Telford added. “It’s talking about, ‘What does consent actually looks like inside of the bedroom? How do we use it in practice and not just in definition?’”

Montalvo-Telford believes that the benefit of having a SASA member give the presentation is that a SASA member would have more freedom than a Gaucho FYI presenter.

“We are able to include things that were necessarily restricted before,” Montalvo-Telford said.

In theory, a member of SASA would not have these restrictions, according to Montalvo-Telford.

SASA does not have a set number in mind for the wage of the position.

The list of Asks has been endorsed by A.S. President Brooke Kopel, External Vice President of Local Affairs Jeike Meijer, Lobby Corps, I Am That Girl, Hermanos, the Armenian Student Association, Making Adventures Possible for All Students (M.A.P.A.S) and Stop the Traffik L.A.

“As the first woman president that UCSB has had in the past four years, sexual assault issues are at the top of my priorities,” Kopel said in an email. “I unequivocally agreed that each and every one of those asks should and must be implemented by our university administration.”

SASA is currently working on a resolution with on-campus senator Zion Solomon and off-campus senator Christian Ornelas that endorses the list of Asks, according to Montalvo-Telford.

“We’re hoping to have it in front of Senate by next week,” Montalvo-Telford said. “We are prepared to make our argument in support.”

In addition to the Asks, SASA released the results of a survey that was conducted during Spring Quarter 2018. The responses were collected anonymously during a two-week time frame and all participants were associated with UCSB.

The survey results included data regarding sexual assault, survivors’ reasoning for not reporting, respondents’ knowledge of resources and policies and attitudes toward the university.

“I was surprised to see that the reason why folks chose not to report was because that they felt that the offense was not serious enough,” Montalvo-Telford said.

The data from the survey helped SASA determine how the Asks should be structured, according to Montalvo-Telford.

“We definitely believe that all of these Asks are necessary to our campus. What they look like requires a conversation between us and the administration. All of them, in their thesis, are necessary for this campus.”