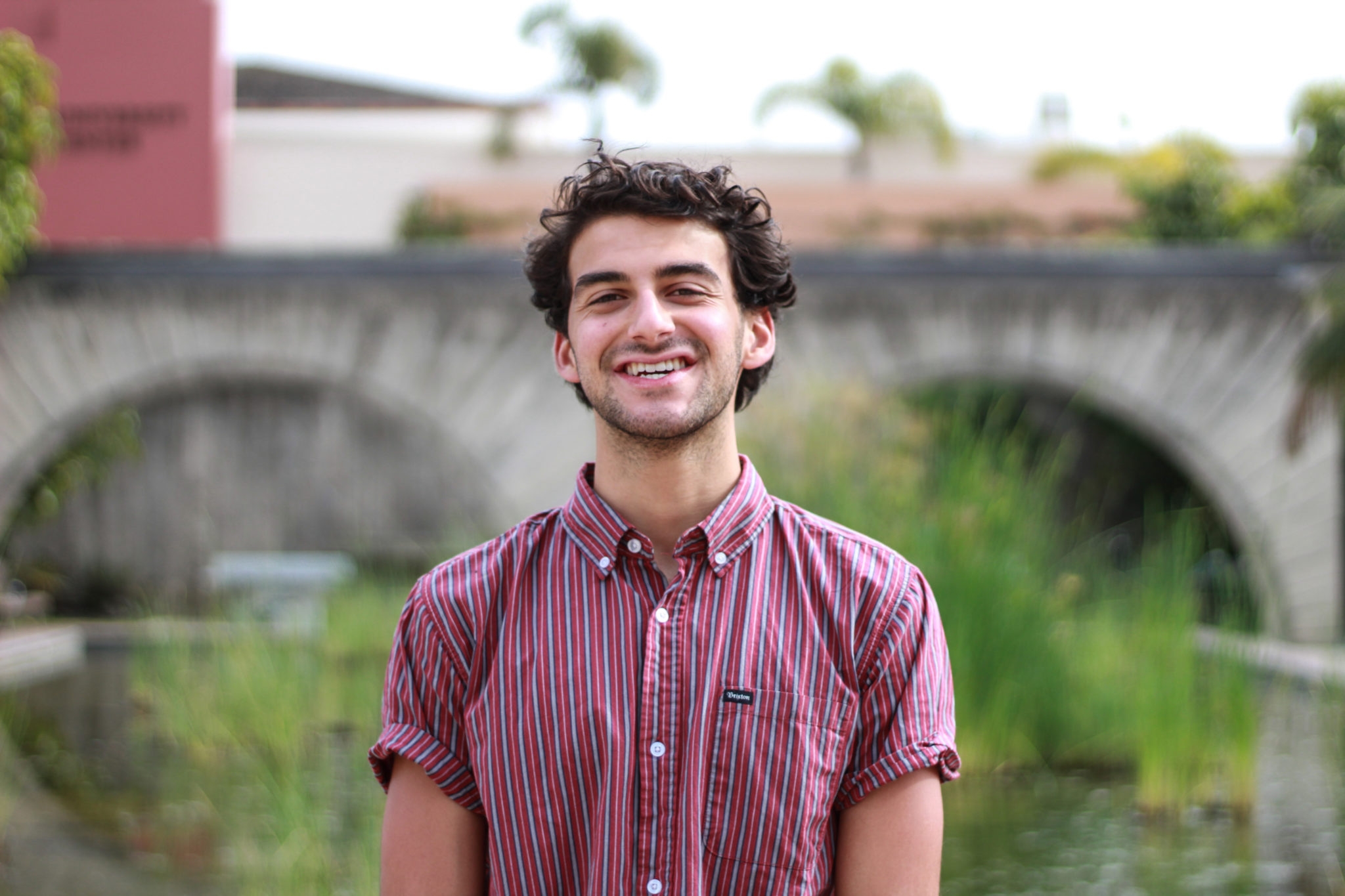 Mello was sworn in over FaceTime during the Wednesday night Senate meeting. Jose Ochoa / Daily Nexus

Mello, a third-year sociology and art double major, is currently studying abroad in Spain. He was voted in with 19 yes votes, one no vote and two abstentions.

He will have a proxy at Senate for the rest of Fall Quarter 2018.

He ran with the Isla Vista Party (IVP) during the Spring Quarter 2018 Elections on a platform of helping students with housing and food insecurity.

Mello was the first off-campus senator runner-up, having earned 4.4 percent of the first choice votes, according to the A.S. Elections Board website.

He transferred to the University of Southern California (USC) over the summer and resigned from his position as senator.

“After months of deliberation and hard decisions I decided to transfer to the USC Marshall School of Business, where I am pursuing a Bachelors of Science in Business Administration,” he said.

Shadpour said he is disappointed that he will not be serving as senator, but is “confident in the abilities of the [69th] senate” to do a great job.