The Daily Nexus
Nexustentialism
It's satire, stupid.
“Shut up Loser,” Says Yang to Freshman Who Didn’t Say Anything
September 28, 2018 at 4:20 am by Annie Pepper 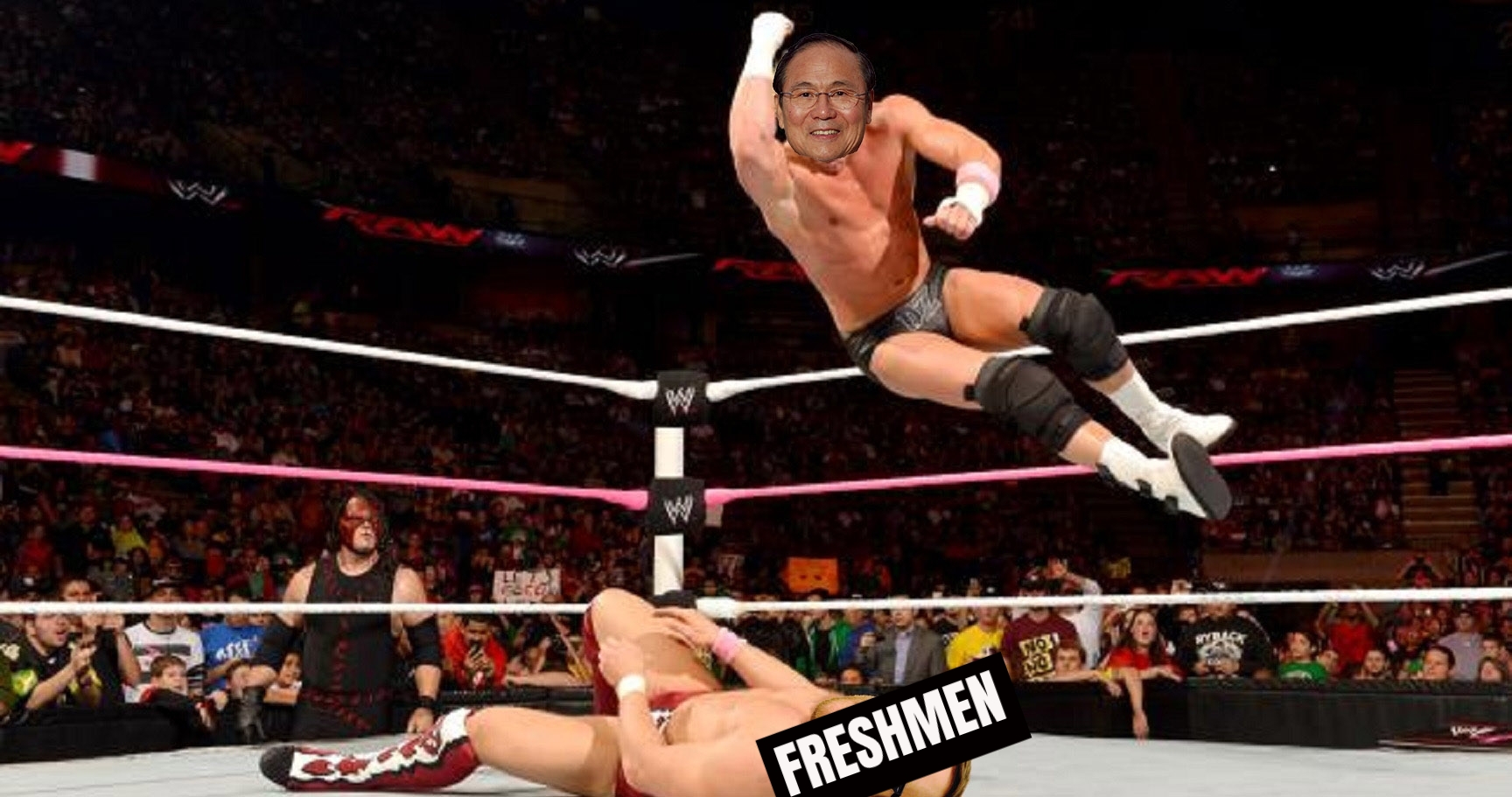 In response to the slough of new first-years migrating to campus, Chancellor Henry T. Yang has reportedly adopted a noticeably more “top bitch” persona, in what experts are calling an effort to “put them in their place.” Yang has been seen approaching first-years at the tables of DLG saying “Move, losers,” while others swear they’ve seen him tripping freshmen on skateboards. Allegedly, Yang even went so far as to tell freshmen in his lectures to “not even” with him.

Chancellor “Daddy” Yang is renowned across campus for his saucy persona, sweltering good looks and groundbreaking sense of style. Usually humble in his gifts, Yang seems to really be leaning into his top-dog status this year.

“He punched me in the face!” said very excited and grateful first-year comm major Emily Bennet, who added, “It was awesome!”

Though the Nexus couldn’t get a direct quote from Yang, his most recent tweet reads, “Why are people so obsessed with me?” This leads us to believe that he has no plans to pull back on his mean girl persona.

Annie Pepper is a history major who doesn’t know who Chancellor Yang is and at this point is too afraid to ask.