The Daily Nexus
Sign of the Times
Vote Like Your Life Depends On it
August 23, 2018 at 3:42 pm by Hannah Jackson

I turned 18 on Nov. 2, 2016, six days before the 2016 election. As someone who has been politically engaged from a very young age, I was so excited to vote in the most important presidential election of my lifetime, and the thought of electing a woman as president of the United States made it all the more exhilarating. The morning of the election, my roommate and I squealed with anticipation as we waited for the elevator, and later that afternoon I cast my first ballot in the Linda Vista room of FT beside one of my closest friends from high school.

The night of the election felt like a nightmare. My roommates and I watched in Portola as states closed their polls, and we watched the returns in our dorm lounge while a kid from my floor strutted around in his “Hillary for Prison” shirt. As the different news outlets began calling Donald Trump the victor, it felt as though all of the life had been sucked out of the room. Stunned, everyone dragged themselves into the isolation of their own rooms, and more than a few tears were shed. 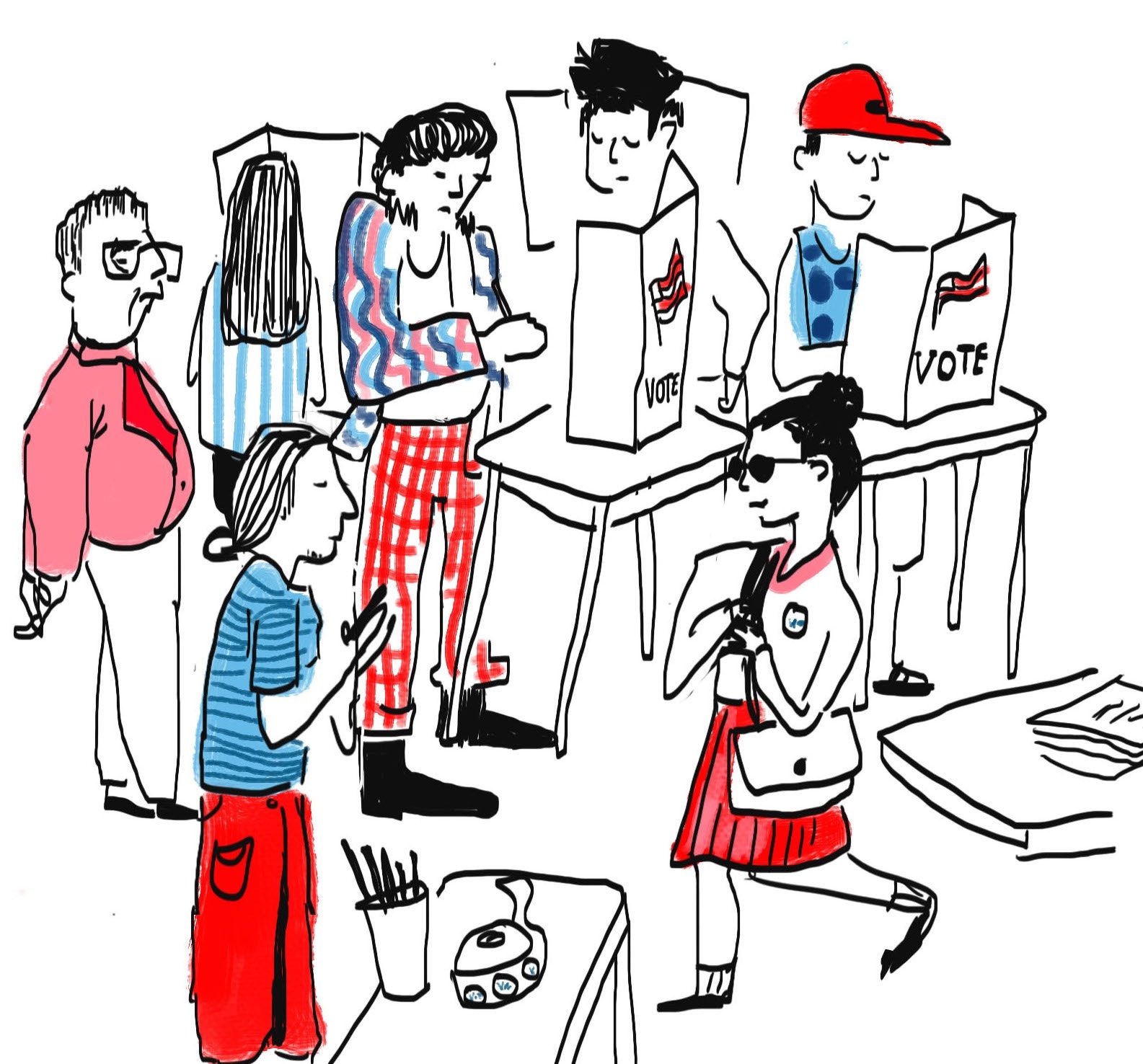 The weeks and months following the election were incredibly frustrating. I became disillusioned by the ways in which our government functions, especially in terms of the Electoral College and the seemingly untouchable power of superdelegates. I was incredibly disappointed with my friends who did not vote. And I still find myself frustrated with people who don’t vote. Sure, one vote won’t change the fact that California is always a blue state, but every vote matters in local elections.

To the incoming freshmen: For many of you this will be your first opportunity to cast your vote, and there are so many factors to consider. UCSB has one of the highest rates of voter registration in the country, which is fantastic. However, if you are coming from a red state or a district like the 22nd (San Joaquin Valley, Fresno and Tulare counties) or 48th (Orange County), ask yourself where your vote will matter the most. Voting in Isla Vista will contribute to more local change in an already very progressive area. On the other hand, choosing to vote via absentee ballot in your home state or county may not yield as many direct results for you but could contribute to voting candidates who do not hold your best interest out of office.

If you choose to register in Isla Vista, your vote will be just as important. Last June, Isla Vista residents voted yes on Measure R, a small tax on utilities to invest in the community through growing the Isla Vista Community Services District, tenant rights, community safety and a myriad of other benefits for inhabitants of our small community. In the greater Santa Barbara area, your vote can contribute to the makeup of the city council, which is usually split between the conservative north county and the more liberal south county. The council is comprised of five members, and the power usually favors one party 3-2.

Following politics may seem boring and voting may feel futile, but consider the kind of world you want to live in when you finish college and have to support yourself.

South county has long been a hub of anti-war activism and liberalism; it is believed that Earth Day began in Santa Barbara after the 1969 oil spill, but on the flip side, Santa Barbara was the only county in all of Southern California to vote against Proposition 8, which supported gay marriage, in 2008. UCSB students contribute to the more liberal atmosphere of the notoriously wealthy county that could very easily shift to a more conservative streak should students stop participating locally.

Voting locally contributes to the overall well-being of our country in so many ways. Elected representatives are responsible for drawing district lines, and gerrymandering in this country has stifled the voices of marginalized communities. Additionally, as young people, we are going to be suffering the consequences of the elections for decades to come; the Supreme Court will certainly be tipped toward the right for years, which could jeopardize a whole host of hard-fought battles.

Everything from the environment to LGBT rights to reproductive rights are at stake under the new administration. As millennials and Gen Z, we have always lived in a time of guaranteed abortion rights, but that all hangs in the balance now. Even if you think these issues will never affect you, consider all of the people — including friends and fellow students — who rely on Planned Parenthood as a crucial resource. Consider the children who suffer at the hands of Betsy DeVos’s education reform and all the people subjected to gun violence.

If you choose not to vote because it is uninteresting to you, think of all of the people who are unable to make their voices heard. Vote on behalf of them. The right to vote was not handed to people of color and women on a silver platter, and we do a disservice to those who fought for our rights by squandering the opportunity to do our civic duty.

Following politics may seem boring and voting may feel futile, but consider the kind of world you want to live in when you finish college and have to support yourself. You don’t want to be thrust into another housing market crash, a recession or difficult access to healthcare. Do your future self a favor and educate yourself on the candidates who will bring you closest to your ideal future.

Young people are an incredibly powerful force. If we vote at a similar rate as the older generations, we will be unstoppable in making positive waves of change for generations to come. So vote on Nov. 6 for the midterms, vote in 2020 for the next president and vote in local elections!

Hannah Jackson encourages freshmen (and everyone else) to make their voices heard by voting. 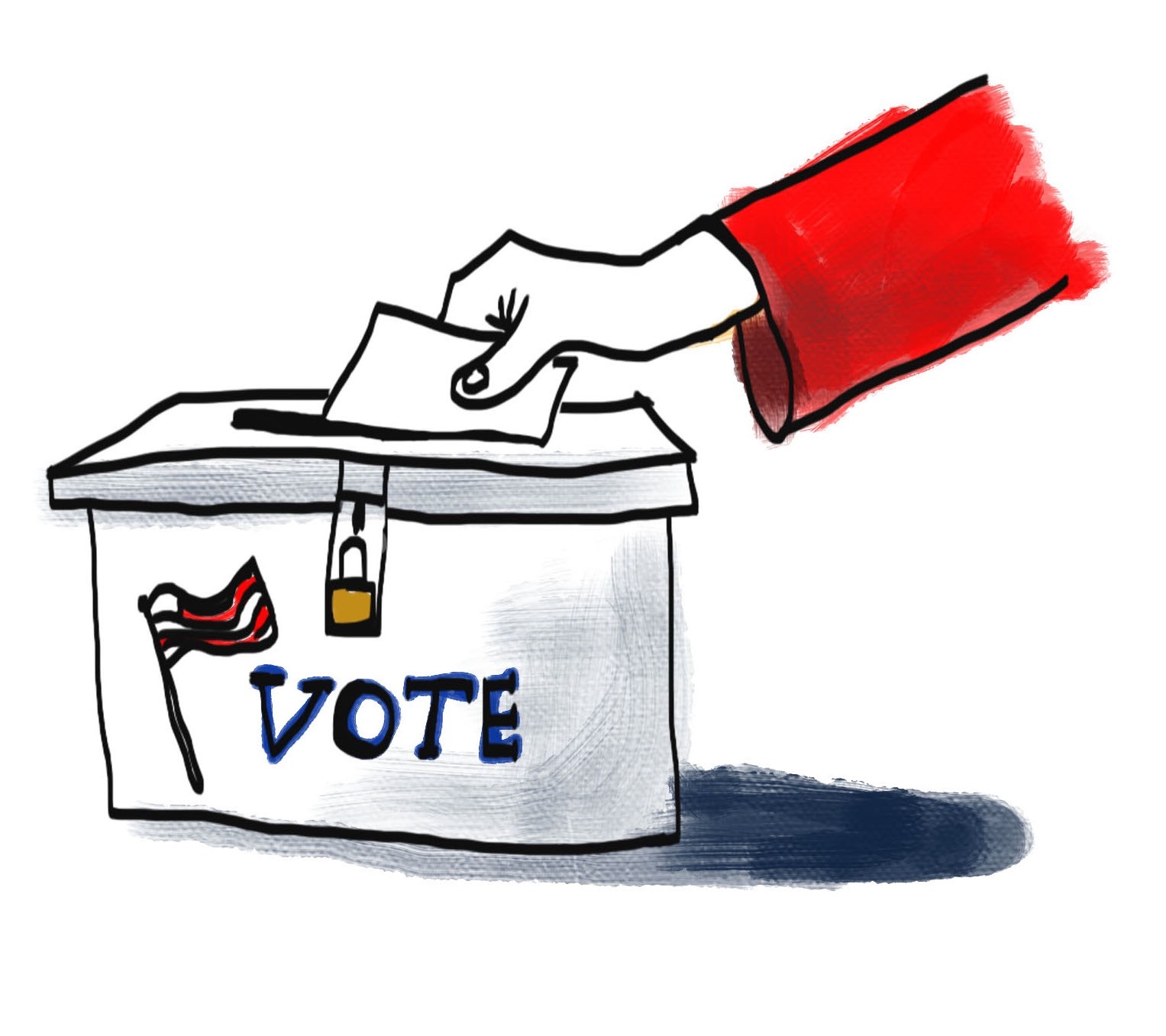 The best op-ed in the history of the Daily Nexus, thank you!! This is so true.

Frankly, and sadly, a number of my folks in my neighborhood have expressed to me that they voted for Trump specifically because of what they see going on at Univ of Ca campuses.

You didn’t mention the best reason to vote in California… John Cox! After Jerry brown’s fourth term it’s about time we had a republican governor again.