After mass shootings, politicos and the press often leap into action: Conservatives and progressives launch into narratives regarding the pros and cons of gun control and the need to address the mental health crisis in the U.S.

However, both neglect to address an important topic in the way we discuss these tragedies: We often give a great deal of publicity to the killers, with most media outlets placing their names prominently in the headlines for several days and sometimes weeks. 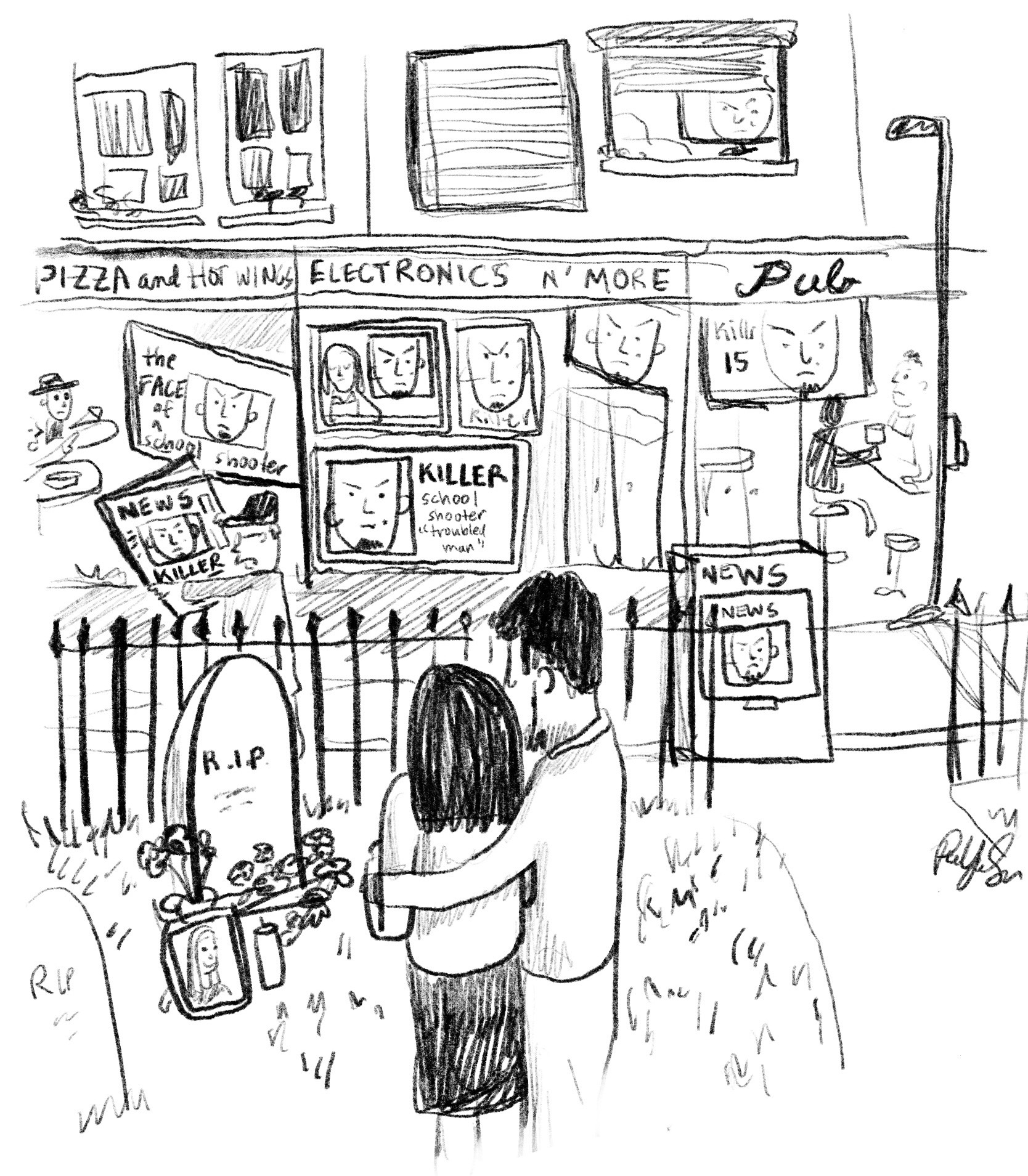 According to criminologist Adam Lankford, “Some mass shooters succumb to terrible delusions of grandeur, and seek fame and glory through killing.”

It is often beneficial to mention the names of killers so that those who knew the perpetrator can come forward with any information that may help authorities. Yet the press can avoid doing so in the headlines, and by only mentioning the perpetrator’s name once per article/news segment, they can keep the focus of the article on the victims and their families. This would deprive murderers of the attention they crave, and possibly discourage would-be copycats from imitating their crimes for fame and recognition.

Lankford also states that the sense of victimization that mass killers in the U.S. bear many similarities to perpetrators of suicide attacks in Gaza and the West Bank, as both are “captivated by the idea that they will become posthumously famous,” arguing that the Newtown shooter’s decision to target school children may have been shaped by a desire to maximize his publicity.

In the mind of a narcissist, it is better to be infamous than to never have been famous at all.

Evidence indicates the Sandy Hook shooter found school shooters “interesting” and “contributed to online discussions about them,” and found it “exciting to watch movies about famous school shooters.”3 Additionally, the Sutherland Springs church shooter’s social media account showed “a fascination with mass shootings,” according to a law enforcement official familiar with the case.

Coverage of these tragedies must be careful not to contribute to this sense of mystique and fascination. In the mind of a narcissist, it is better to be infamous than to never have been famous at all, and these stories illustrate the harmful consequences of fixating too closely on these tragedies.

The Center for Disease Control and National Institutes of Mental Health have endorsed guidelines regarding reporting on teen suicides, and the media rarely reports on suicides, largely because suicides, particularly among teenagers, are contagious. This same logic applies to mass murderers; the swarm of media interest and attention given to killers after mass killings may explain why someone with deep mental illness and narcissism would commit these heinous acts.

Even well-meaning coverage has the potential to encourage copycat killers.

Sociologist Zeynep Tufekci recommends that investigators avoid publicly disclosing the details of killings, and that they discourage those who know these details from sharing them with the general public. He also recommends curbing the “intense push to interview survivors and loved ones in their most vulnerable moments,” arguing that this would reduce some of the spectacle and trauma following these incidents. Regardless of whether this reduces mass shootings, I find the way that media outlets, politicians, and political activists exploit individuals grieving the loss of a parent, spouse or child to be incredibly disrespectful.

There are important policy discussions that need to be had if we are to address these issues, and press coverage is crucial in ensuring that we have these discussions. However, we need to do so in a way that is responsible, and respectful to victims and their families.

I believe that an important step would be to limit the publication of perpetrators’ names in headlines and only mention them in articles and news segments where necessary, as well as reducing the exploitation of the tragedy for viewership or clicks. Even well-meaning coverage has the potential to encourage copycat killers. Moreover, political figures should reduce their exploitation of these events to push their agenda or policy solutions. It is disrespectful to the victims’ families and reprehensible.

Rick Zierer wants media outlets to think twice before plastering shooters’ names all over our screens and collective consciousness.