The Associated Students Senate will vote Wednesday on a resolution to divest from companies that profit from alleged human rights violations by the Israeli government against the Palestinian people. 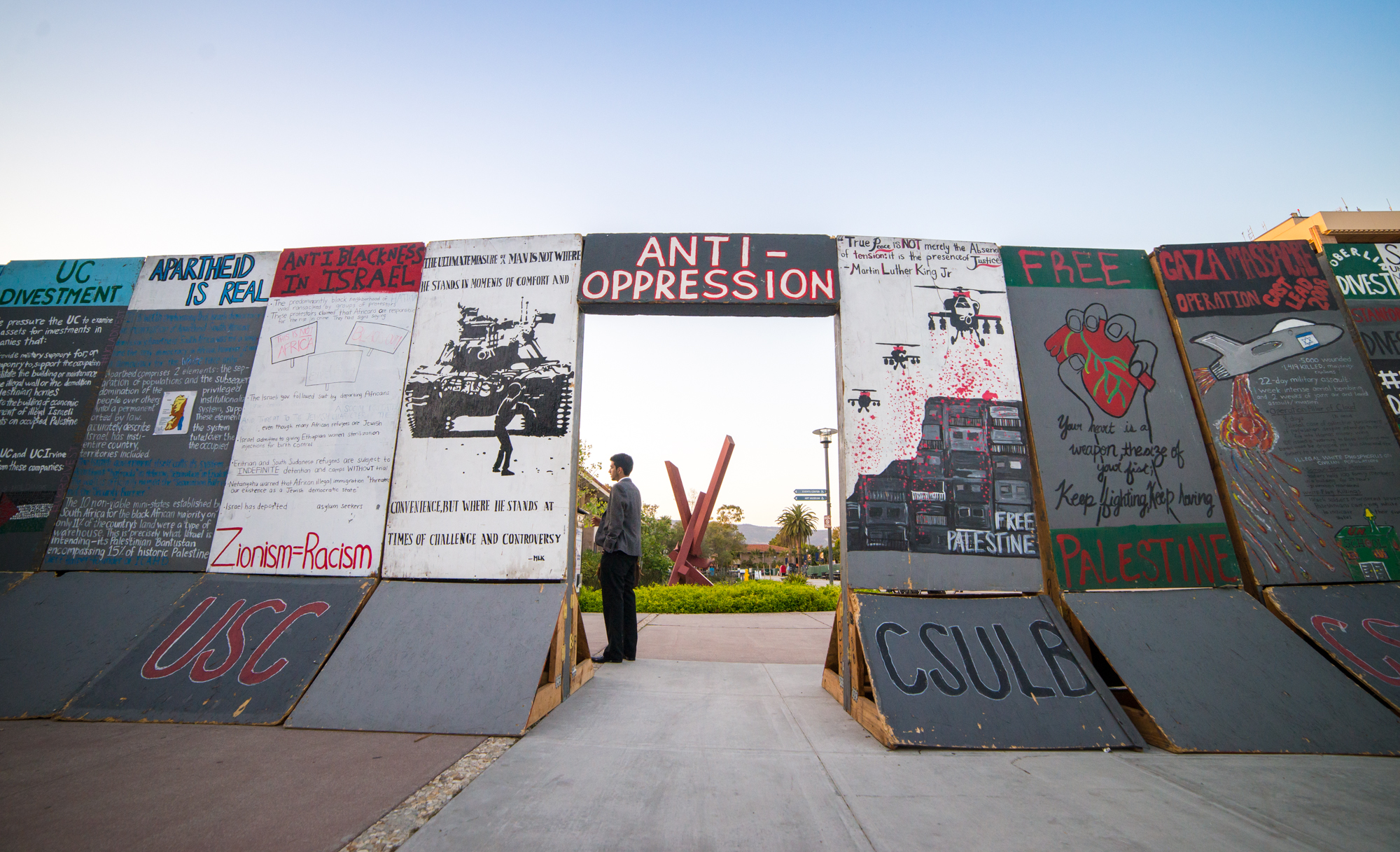 Typically, pro-divestment students put up an “Apartheid” wall at the Arbor, but that did not happen this year. Nexus file photo

The resolution calls on UC Santa Barbara, the UCSB Associated Students Investment Advisory Committee, the University of California Treasury and the UC Regents to withdraw investments from companies “that provide military support to the occupation of Palestinian territories.”

The UC is invested in companies that “do not meet the standards of either the United Nations-supported Principles for Responsible Investment or UC Santa Barbara’s Mission Statement,” the resolution states.

UCSB is the only undergraduate UC campus that has not passed a Boycott, Divestment and Sanctions (BDS) resolution. The resolution reflects principles of the BDS movement, which seeks to encourage global boycotts and divestments of Israel.

ASUCSB has been right not to join the anti-Semitic BDS campaign which not only targets companies that are in Israel but also singles out companies that have Jewish leaders. I’m not a fan of Israel’s actions, and look forward to new leadership in the country, but it seems strange to single out Israel over any other country in the world, especially considering it’s neighboe, Syria, has brutally murdered half a million of it’s own people. The situation in Israel is complicated. Both sides have made grave errors in the path to peace. The BDS movement is an unfair targeting of… Read more »

It’s simple, this school profits from the blood of humans…Raytheon, Grumman… in turn, the school profits from research into better war machines and the cycle continues. I find it hypocritical that an institution who had a mass shooting in their backyard would have chosen the #notonemore hashtag. Not one more in your community gunned down but you support it in other communities? Disgusting. Well, this is the last UC to divest from companies making money from the apartheid in Africa, I guess no one should be surprised they value money over human life.

Cut and paste is a real time and effort saver.