The Daily Nexus
On the Menu
Need Some Espresso for Your Depresso? Try McCafé’s Iced Turtle Macchiato
April 12, 2018 at 12:11 am by Ingrid Lin

Recently, McDonald’s introduced the limited edition Iced Turtle Macchiato to its extensive McCafé menu. Online, it is described to be a “cool, creamy medley of chocolate and caramel flavors.” Although the chocolate and caramel are the most prominent notes of the drink, a variety of other ingredients enhance its supposed unique taste. In addition to the caramel and chocolate syrup, the sweet beverage also combines hazelnut flavors with the preferred choice of whole, low-fat or nonfat milk with a shot of dark roasted espresso. Intrigued, I ordered this drink and customized it by asking for a topping of whipped cream and an extra shot of espresso. 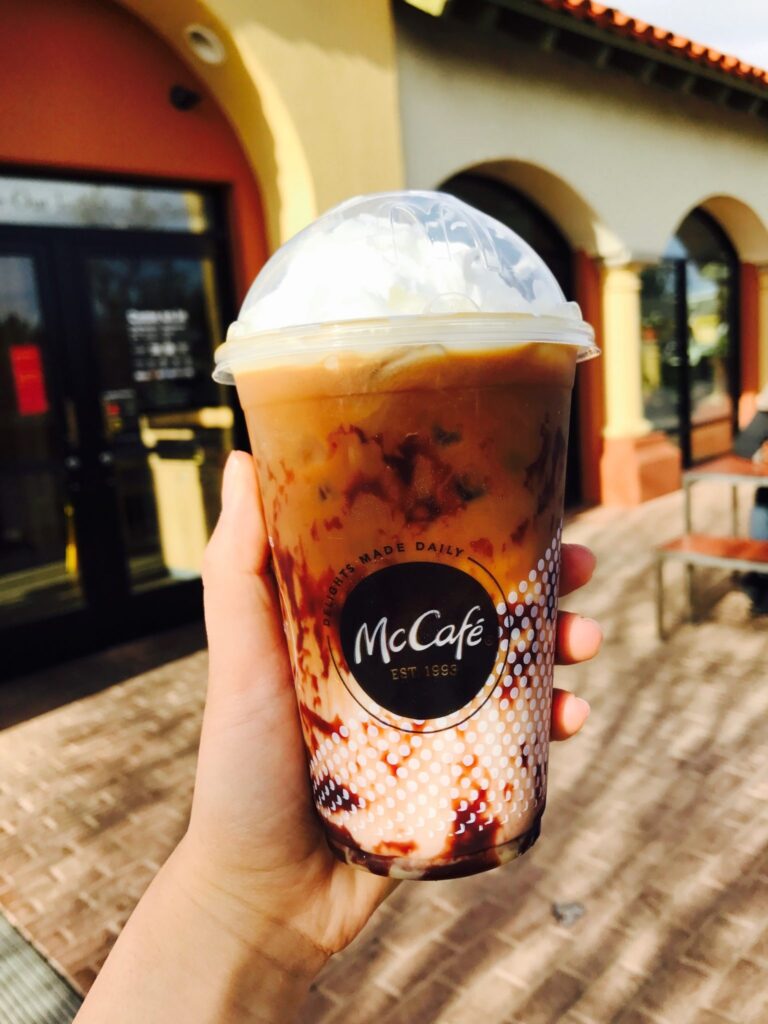 The presentation of the drink itself was very appealing. The smooth chocolate syrup dripped along the interior of the cup, creating a marbleized pattern as it swirled with the golden caramel. The drink produced a natural gradient of brown that became richer as the chocolate settled towards the bottom. The taste, unfortunately, was subpar. Even after stirring the drink to mix the chocolate and caramel, my taste buds were overwhelmed by the hit of sweetness. Because the sweetness was not at all subtle, the drink tasted very artificial as even the smallest hint of bitterness from the actual coffee was overpowered. It did also have a slight nutty and aromatic flavor as promised from the hazelnut, but it was juxtaposed with an odd sourness; I didn’t know if it had originated from the syrups, the coffee itself or something else. Overall, the taste wasn’t to my liking.

However, the cheap base price of $2 for the small size compensated for the lacking quality of the taste. It is a cheaper option compared to higher-end coffee chains such as Starbucks or The Coffee Bean and & Tea Leaf. Even though I personally didn’t enjoy it, I would still recommend trying it at least once given its affordability, especially for people who have a sweet tooth and prefer sugary drinks.