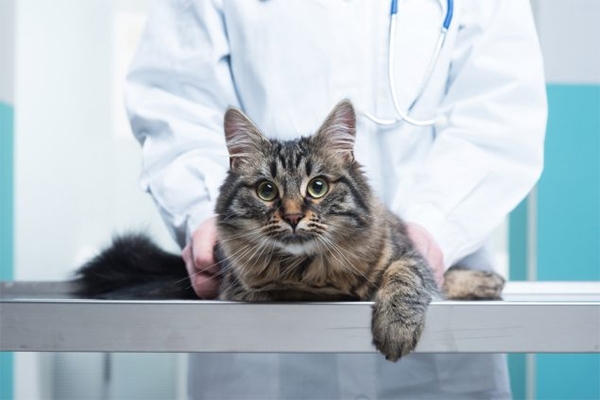 Do you have a cat?

Do you own one or more clothing items or accessories that feature cats?

Do you find yourself wanting to approach stray cats on the street?

Do you find yourself wanting to stay home on a Saturday night, watching “She’s the Man,” with a furry friend under one arm and a pint of Rite Aid vanilla ice cream under the other?

If you have answered yes to any of these questions, you may have been infected by Toxoplasma gondii, a parasite that infects its host with an irrational attraction toward feline species. Below is a  comprehensive diagnostic test, created by the Center for Disease Control (you know, the one that saved us from Ebola), that establishes whether or not you have been infected. The test is simple. Read the three paragraphs below. Once completed, find the nearest cat and objectively observe your response. If your response is positive, you are diseased. Seek medical attention immediately.

You have reached the end of the Toxoplasma gondii Test. Now, find the nearest cat and objectively record your response. If you are repulsed by their parasitic, ungrateful nature, congrats. You are sane and healthy. If you still feel an attraction to them, then there is a 100 percent chance you are diseased. Seek treatment immediately, before you end up buying a cat, which is exactly how the spread of the T. gondii parasite is perpetuated. Remember, you do not like cats because they are lovable, you only like the ungrateful social parasites because you are infected. It is no coincidence that cats are designated as the heartless sidekicks of wicked witches.

Claire Horsley is a labrador owner, yet based on a personality test that was found DEEP in her deleted history, she tested to be 78 percent cat person.

It’s true, Toxoplasma causes an uncanny affinity for cats. Same for humans as in mice.

In mice, it makes them “novelty-seeking”. Turns them into Lewis & Clarke explorers. If they had opposable thumbs they would become Van Gogh’s or great inventors because internally they are in a state of torment from the infestation, thus *change* must happen. Meanwhile, like Edison, they would be s.o.b.’s impossible to get along with, and given a keyboard, trolls online.

I feel I revealed too much about my internal mouse thanks to millions of microscopic invaders. Talk about deep state. Yeah, deep in my brain.