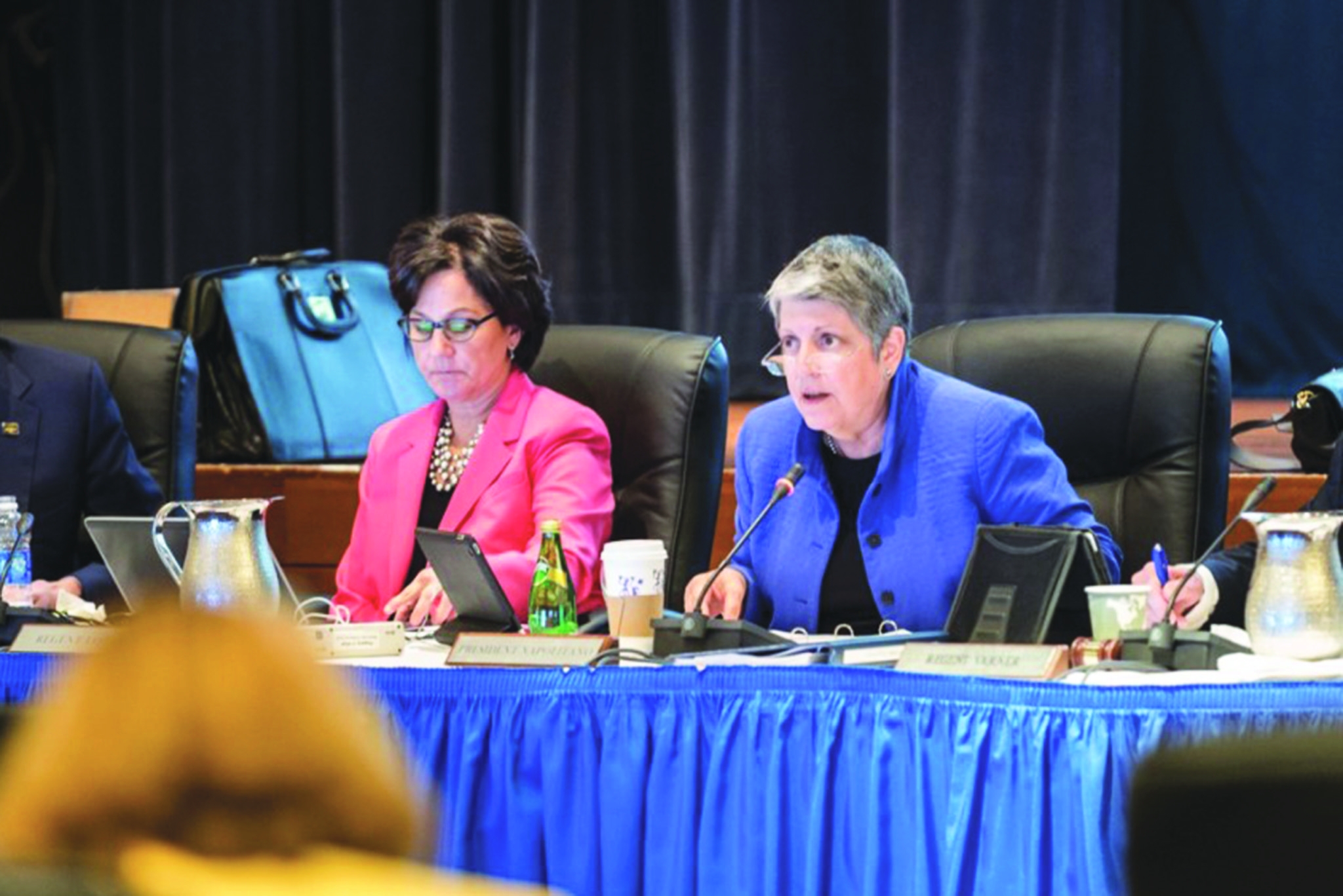 The University of California Board of Regents approved a 3.5 percent tuition increase for out-of-state undergraduate students Thursday afternoon.

The Regents voted 12-3 in favor of the tuition hike, which will add approximately $978 to yearly tuition costs for out-of-state students. The increase will go into effect at the beginning of the 2018-2019 school year and is expected to raise $35 million.

Brown’s budget proposal this year proposed only a 3 percent increase in funding allocated to the UC, down from 4 percent in years past. The state government typically increases UC funding to meet the ever-increasing number of enrolled students.

“We’ve been tabling and performing outreach to out of state students on our campus, and we’ve still yet to find anyone with 1,000 extra dollars floating around for next year’s tuition,” Spencer Brandt, UCSB Lobby Corps co-chair, said in an email.

“The UC admits meeting after meeting that a tuition hike is a band aid solution to a long term problem, caused by 20+ years of gubernatorial and state legislative divestment,” he added.

Despite receiving less state funding than expected, Napolitano said the university is committed to adding an additional 2,000 undergraduate students and 500 graduate students for the fall of 2018.

“Too many people who control the higher education committees in the Assembly and the Senate use their platform to score political points against the UC, and President Napolitano,” Brandt said. “Then when we take students to the Capitol to meet with them, they point the finger at the UC. And that’s worked for them for a long time.”

“Lobby Corps has a message for those legislators: UCSB students are not stupid,” he said.

Kristin Hsu, the external vice president of statewide affairs, has helped Lobby Corps prepare postcards asking students to “Fund the UC.” The postcards detail students’ demands and concerns and will be delivered to the state legislature at a conference next month, Hsu said.

“What are the UC Regents expecting out of state students to sacrifice to pay for this tuition increase? The answer is physical and mental health, academic success, food and housing security,” Hsu said in an email.

“Ultimately, UC students are forced to pay for conflicts and disagreements among UCOP, the UC Regents, and the state legislature that we have no control over. That is an absolute shame,” she added.

The Regents will vote on an additional 2.7 percent tuition increase for in-state residents in May.

“We might’ve lost with out-of-state students this time, but we also have the proposed in-state tuition increase coming up in the May Regents meeting,” Morales said in an email.

Morales said that she plans to lobby representatives in Sacramento to “allocate the sufficient funding to the UC system in order to buy out the tuition hikes.”

“This is an issue that needs to be targeted through various tactics, but we have to remember that if it has been stopped before, we can do it again,” she added.

Here comes ALL the China based rejects by Berkeley, UCLA, and the Ivy League. Makes Vice Chancellor Klawunn’s job easier. They understand nothing. Neither does she.

Obviously, they will raise rates over time. The bigger deal is what is the percentage of Ca Residents they allow into UC Schools compared to percentage of Out of State, and also Foriegn Students. Because, education means jobs, and if others are educated then they are going to get the jobs. And since UC is mostly paid for by Ca Residents, then that percentage is who they are training to get those better jobs.