The Transfer Student Alliance (TSA) is the first of the Boards, Commissions and Units (BCU) to specifically represent transfer students at UC Santa Barbara after a unanimous vote at an A.S. Senate meeting last week. 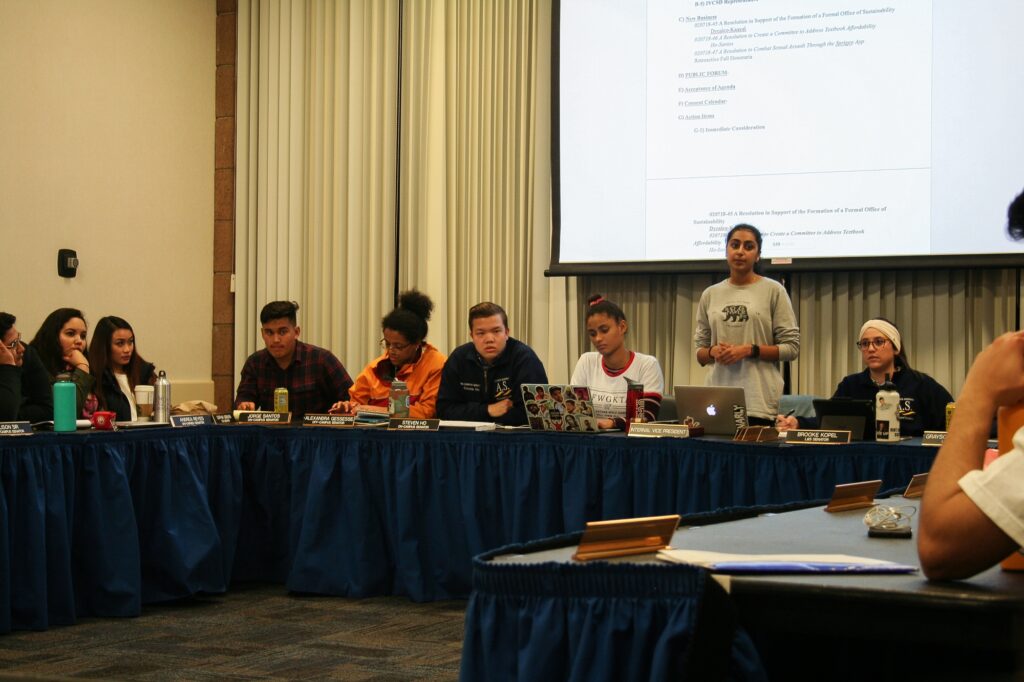 The TSA will now be able to use A.S. resources and collaborate with other BCUs on campus. They will also receive an advisor and a significant increase in funding.

The resolution was authored by Matt Nielson, vice chair of the TSA, Julian Armada, chair of the TSA and Kian Maalizadeh and Ilene Ochoa, who are both A.S. Senate liaisons to the organization.

The four worked on the resolution during Fall Quarter and filed a motion to get the TSA certified as a BCU.

The amount of funding the TSA will receive is still being discussed. According to Armada, Maalizadeh first suggested that the budget should be around $20,000, but then expectations were lowered to $10,000.

When the TSA was an entity of the Office of Student Life (OSL), their budget was no larger than $500, Armada explained.

Prior to the TSA becoming an A.S. entity, they received their funding solely from fundraisers and donations.

“We had to spend a lot of time raising money before we even put on events,” Nielson said.

The TSA had their first meeting as a BCU on Monday, Feb. 12. Armada said he had seen an increase in membership since the TSA officially became a BCU.

“It’s small now, but I’m hoping that their interest will keep growing,” he said.

“We’re one of the only UCs who didn’t have a transfer organization as a part of the Associated Students… That was shocking to me considering how many transfer students are being accepted, and it’s only increasing each year,” he added.

The previous board of the TSA had intended to make their organization an entity of A.S., but failed to do so due to a lack of guidance from Senate, according to Nielson.

With the help of Maalizadeh and Ochoa, the TSA was able to draft the proposal and complete the internal paperwork needed.

“A lot of the things we want to do is just advocate for resources. With transfers, there’s no centralized voice,” Maalizadeh said. “There’s only so much a single person can do, but there’s so much that an organized group can do.”

Maalizadeh envisions the TSA using its position in A.S. not just to hold community events, but also to advocate for resources such as more tutoring services and a better transfer student orientation.

The TSA plans to work with the Transfer Student Center (TSC) by collaborating on events and utilizing the resources provided by the center.

“Right now, I am a Transfer Peer Educator at the TSC, and I felt a division with the two even though we are serving the same constituents,” Ochoa said. “Now, I hope having a TSC liaison with the TSA will create more of a bond and collaborative efforts.”

All four authors of the resolution emphasized that they hope to see transfer students having a larger presence on campus now that they have adequate representation in A.S.

“Transfers come from everywhere, but we all have the same common identity of being a transfer,” Maalizadeh said. “I want to make sure that when people go to UCSB as a transfer, they aren’t an afterthought.”

A version of this story appeared on pg.4 of the Feb. 15 edition of the Daily Nexus.