The Daily Nexus
Sign of the Times
Hands Off Our Birth Control
November 2, 2017 at 10:27 pm by Hannah Jackson 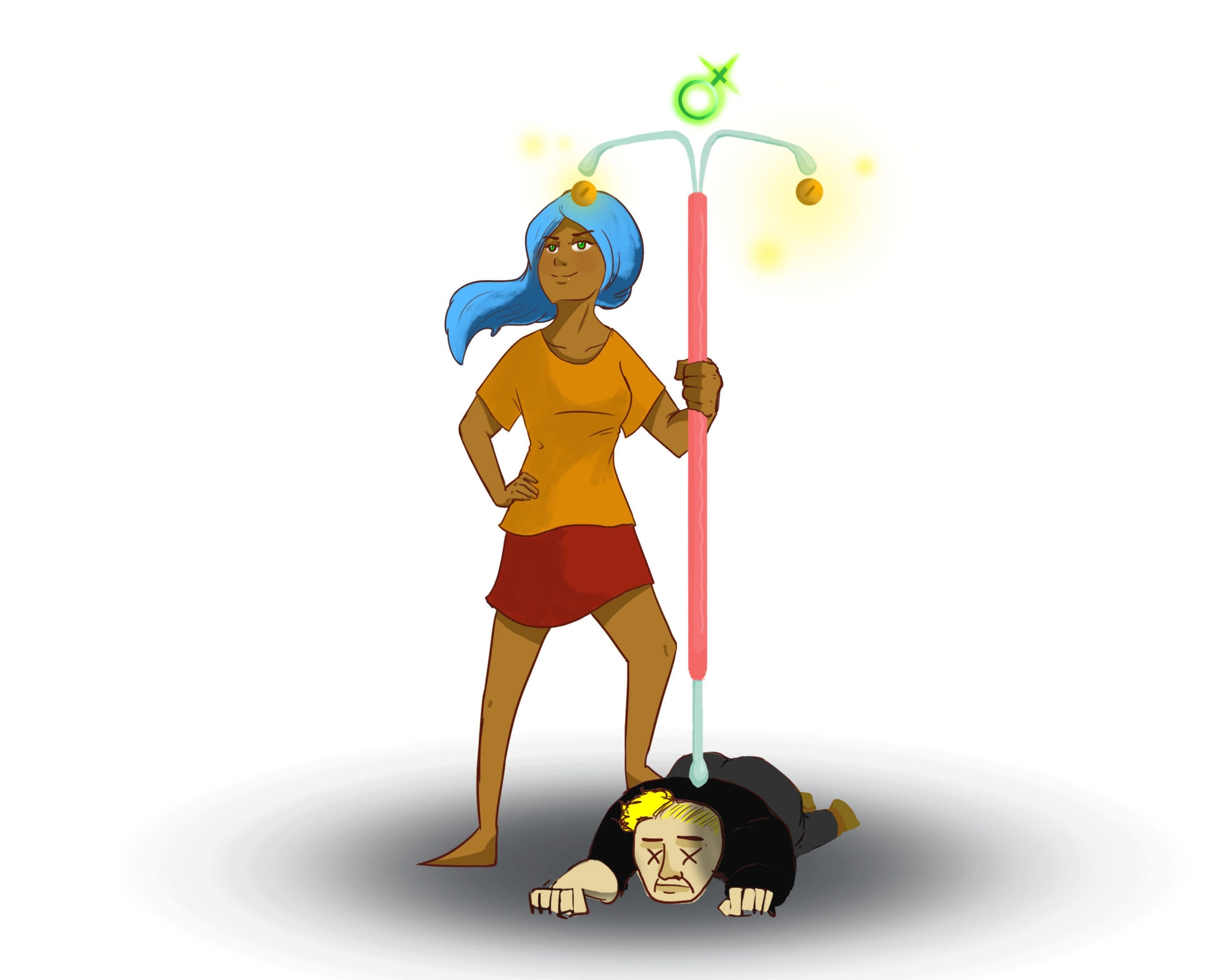 Last month, a series of reproductive restrictions hit Washington and rattled the rest of the country.

The House of Representatives passed a bill banning late-term abortions except in cases of rape, incest or risk to the life of the mother.

Later that week it was revealed that Pennsylvania Representative Tim Murphy (R), a co-sponsor of the bill, allegedly pressured his mistress into having an abortion upon learning of her pregnancy, sparking immense backlash from both sides of the aisle. He has since offered his resignation.

Finally, on Oct. 6, the Trump administration rolled back yet another Obama-era rule: Employers now have the right to deny contraception to their employees on the grounds of religious or moral objection. The administration’s petty desire to erase Obama’s legacy is putting vulnerable women in the crosshairs.

Planned Parenthood has since launched a retaliatory campaign called #HandsOffMyBC, allowing women and men to take to social media to extol the many virtues of contraception.

Contrary to the opinion of a certain conservative pundit who once claimed that birth control makes women “unattractive and crazy,” birth control has so many important benefits that I can personally attest to.

Contraception for the sole purpose of sexual safety is just as valid of a reason as using it for relief from any other myriad of medical purposes.

One day early into the school year when I was in high school, I found myself slumped over a table at a club fair, certain I was about to vomit. My nausea-inducing period cramps, paired with a pounding migraine, left me feeling disoriented and unable to function, though the issues did not feel legitimate enough to warrant leaving.

Desperate for reprieve, I consulted my doctor and started taking birth control in the hopes it would help curb some of my insufferable period symptoms. Within a few months my skin had cleared up, my cramps became substantially more manageable and best of all, my hormone-related migraines became less frequent and less intense

However, taking birth control for my physical health does not make it any more legitimate than taking it to prevent pregnancy. Contraception for the sole purpose of sexual safety is just as valid of a reason as using it for relief from any other myriad of medical purposes.

The notion that employers and government officials believe they are entitled to restricting women’s access to birth control is simply baffling. Birth control is paid for through insurance companies, meaning that employers do not have to pay out-of-pocket for it — this fight is just a thinly-veiled desire to restrict women’s personhood. This is a very clear attack on women, primarily poor women who benefit immensely from free or significantly cheaper forms of birth control, and this trend shows no sign of slowing down under Trump.

The Department of Health and Human Services recently proclaimed that life begins at conception, signaling that more abortion restrictions will be coming in the near future, which will certainly lead to more damage in areas that desperately need women’s health resources. It is likely that this move will be heavily challenged and was just a bone the administration threw to the Evangelical voter base. Even still, it should be taken as a very serious threat on women’s autonomy. The strong anti-contraception and abortion rhetoric coming from the White House is especially cause for concern.

In documents obtained by Crooked Media on Oct. 19, it was revealed that in a move to promote one of their top policies, the Trump team hired “fertility awareness” staffers with histories of promoting misinformation about the effects of hormonal birth control.

“Chemical birth control,” as staffer Katy Talento wrote, is responsible for “causing miscarriages of already-conceived children,” as well as claiming it “breaks your uterus for good.”

They advocate instead for the rhythm method, which substitutes birth control for planning sexual activity around one’s menstrual cycle and has a staggering 24 percent failure rate.

A woman’s decision to use birth control should be between her and her doctor, not between her boss and her president.

Contraception is not solely a women’s issue. While women are responsible for the physical labor of carrying and delivering a child, conception cannot occur without male contribution. Men who claim they should not have to pay for contraception with their tax dollars are only doing themselves a disservice.

A study conducted by the Brookings Center on Children and Families found that investing in pregnancy-prevention programs will definitively save the taxpayer money, reduce abortion rates and promote the wellness of children and families.

Frankly, women should not be blamed for being sexual beings and should not have to practice a form of contraception that is only 76 percent effective when there is a perfectly safe 99-percent-effective alternative available.

The usage of birth control leads to so many positive outcomes both personal and societal, that it seems completely nonsensical why anyone would attempt to outlaw it. A woman’s decision to use birth control should be between her and her doctor, not between her boss and her president.

So to Donald Trump, Mike Pence, Paul Ryan, Mitch McConnell or any other bureaucrat that feels like they should have a say over my body: I say hands off my birth control.

Hannah Jackson will not stand for male politicians restricting contraceptives from American women.

Give me free stuff!!

Seriously? What the heck does that have to do with it?

If you are too stupid to see the blatant hypocrisy of you “argument” then further explanation is futile.

We definitely need a moron filter on this site.

So,basically, you can only make your points by calling people names. Such a leftist darling!

A. I am not a leftist. unless voting, for example, for Ron Reagan (twice) makes me so.

B. apparently your stereotyping abilities rival your logical acumen.

Moron (hope that helps you in fashioing your next unintelligent insight).

I. P. Freely
Reply to  Anonymous

Viagra is a medical solution for a medical problem. If the chemicals in birth control pills are a solution to a medical PROBLEM for a male or female, then they should qualify as a necessary medical care cost.
I have to take medication in order to be able to urinate more easily.
I do not get this drug for free. I have to pay a copay. No one is restricting my access to this drug.
Vote for freedom, not free stuff.

Your argument doesn’t work. Free birth control isn’t a right. An insurer not covering it is not “restricting your access” any more than my dental insurance is “restricting my access” by not covering a fluoride rinse at my checkup. You can still get your BC, you just have to pay for it. And there are plenty of ways to get low-cost or subsidized BC outside of the insurance system. So your argument really boils down to “I want more free stuff.” And guess what, we all do.

Not paying for someone’s birth control is not denying access to birth control. Pay for it yourself, or get a job with the benefits you want. That is how a free market should work. You are advocating for using the dictatorial power of government to force employers to pay for something they don’t want to pay for. You are right that contraception is not just a woman’s issue, since men care quite a bit whether their sexual partners get pregnant or not, and contraception makes sex more available to men. But you are wrong to characterize the decision of employers… Read more »