The Daily Nexus
Sign of the Times
Equality and Wealth for All: the Future of Capitalism
October 31, 2017 at 8:30 pm by Nathan Prisco 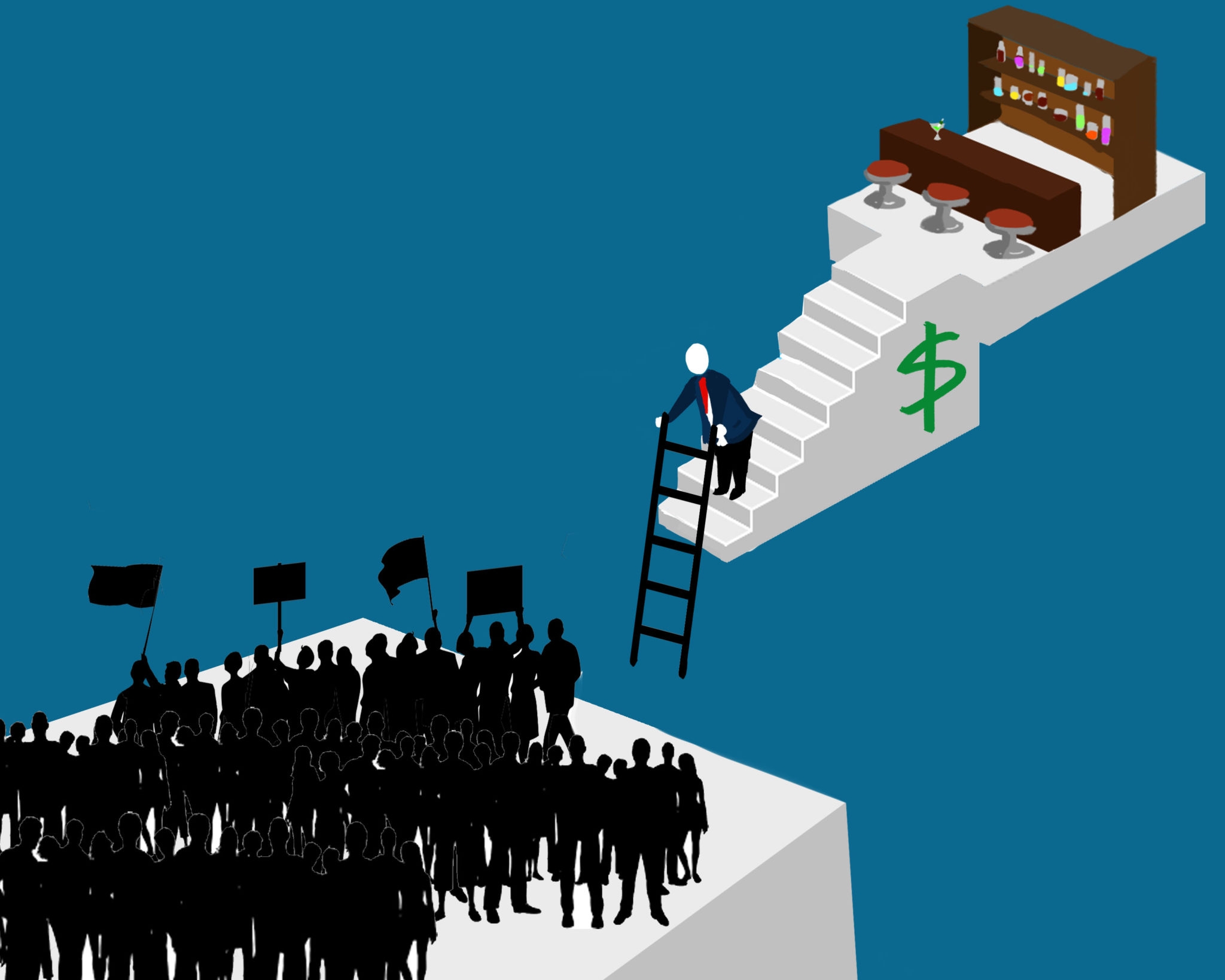 At the heart of the modern progressive movement is the desire to level the playing field for the economically downcast and to ensure that an individual’s labor in a capitalist system is justly compensated. Regardless of political axis or orientation, today many feel that opportunities in our society are shrinking with the ballooning costs of education and the evasiveness of a well-paying job. The United States has seen sweeping reform happen before: Prior to the New Deal policies of President Franklin D. Roosevelt, the working class was subjected to abysmal working conditions, low wages and long hours with little hope or opportunity for advancement.

Robert Reich, the former United States secretary of labor current professor of public policy at UC Berkeley, will be delivering a public lecture at Campbell Hall on Thursday Nov. 2, in recognition of the establishment of the UCSB Blum Center for Global Poverty Alleviation and Sustainable Development. As an ardent crusader for workers’ rights and income equality, we certainly have a lot to learn from Reich’s experience in government, activism and public policy.

Prior to the 1970s, the average American had a wholly different view of the corporation. Often it was a steady job which offered opportunities for advancement and personal development and provided a decent living wage. Understandably, a growing sentiment in our generation is that the international corporation is an impersonal entity that engages in mass consumer manipulation in pursuit of profits, often without due consideration to the environment, personal welfare or its own labor force.

When the 2008 financial crisis evaporated personal savings and exposed the excesses and recklessness of the financial industry, we realized that the rules of modern capitalism were not being administered fairly. Although the government can and has granted reprieve to the financial sector, it is less capable of addressing the plight of the individual.

Even policies such as the Affordable Care Act, which was intended to help the worker, have created an environment in the service industry where employers are reluctant to offer full-time employment. With the gradual decline or stagnation of middle-class expectations and opportunity, one must wonder if this is a consequence of corporate and government action or a consequence of global competition.

In response to global competition, today’s industries and corporations have become increasingly capital-intensive. Compared to the early labor-intensive Ford River Rouge complex, which received a block of metal at one end and produced a car at the other, modern industrial activities are often take place on a global scale, with assembly and fabrication occurring in multiple countries.

In the 1970s, it was economically feasible to build a $500 thousand oil refinery and turn a profit, while today a typical oil refinery costs in excess of $1 billion. In the manufacturing and chemical industries, margins for generating profit are often right on the nose, requiring large economies of scale. Despite the numerous advantages of being located in the United States, many smaller-scale manufacturers have relocated internationally in pursuit of lower operating costs.

According to some, the loss of domestic manufacturing jobs is attributed to trade agreements such as NAFTA and Permanent Normal Trade Relations for China. However, historical examples such as the reversal of prosperity in 1920s Argentina suggest that trade isolationism reduces the prosperity of individuals.

It is the role of the government to create a favorable environment for U.S. industry and a strong domestic economy to compete on the global scale.

Currently, President Trump has suggested plans for a reduction of the corporate income tax from 35 percent to 15 percent. Continuation of Reaganomics has long been the prescribed cure-all and central policy goal of the Republican Party. However, while not a common view among progressives, my experiences working in capital project assessment for the chemical industry has led me to believe that judicious tax cuts in capital-intensive industries such as manufacturing could bring domestic job growth and significantly reduce the barrier preventing industries from investing in new domestic ventures.

Tax incentives have been essential in the development of renewable energy infrastructure in the southwest United States and have helped create the burgeoning wind and solar industry. While software, financial and communication industries achieve returns on assets approaching 30 percent, manufacturing industries achieve marginal returns and require prohibitively large initial investments.

Yet manufacturing industries traditionally provide well-paying jobs at all levels of education and skill and have buoyed the middle class. Even better, what if tax incentives to manufacturers and retailers were allocated in proportion to their median lower-quartile wages paid to its employees?

In a well-functioning capitalist system, prosperity in industry is shared with laborers in proportion to their efforts, skills, and equity. As discussed in Reich’s book, Saving Capitalism: For the Many, Not the Few, despite tremendous gains in economic output, modern capitalism has continued to promote unequal distributions of wealth partly due to a loss of collective bargaining power of the workers at the lowest level.

It is up to us, the little guys, to demand fair working conditions from employers and seek adequate protection under the rule of law. While the upper middle class pays a tax rate of over 35 percent, the wealthiest of our society (e.g. Mitt Romney) are able to pay an effective tax rate of only 17 percent.

Our current system is not in favor of the working class, and there is little indication that the government is willing to engage with these issues. With the establishment of the UCSB Blum Center and the Robert Reich lecture, our campus community has been granted a forum in which to engage with these challenging issues. Together we can rethink, rework and reshape modern capitalism to promote fair and equitable exchange at all levels.

Nathan Prisco wants a level playing field to eliminate our current system of have’s and have-nots.

“When the 2008 financial crisis evaporated personal savings and exposed the excesses and recklessness of the financial industry, we realized that the rules of modern capitalism were not being administered fairly.”

Capitalism has one rule, and one rule only: profit maximization. Everything else either flows from that, or is diversionary window dressing.

Robert Reich is in the window dressing category, along with the entire hollow Democratic party rhetoric regarding “everyday Americans”.

He who pays the piper calls the tune This applies equally to Democrats and Republicans alike.

I don’t think we have capitalism any more. Once the Fed bailed out the losers, it’s no longer a winner-take-all system. I think we are in the age of post-capitalism, or monetarism, wherein an elite cabal controls the creation of wealth and distributes it within a narrow group. Historically, this would culminate in a bloody revolution, but maybe something different will happen this time. However, I don’t think democracy can solve the problem. He who pays the piper calls the tune, but more and more people have stopped dancing. Something has to give.

The Blum Center is named for Richard Blum, the billionaire husband of California’s neocon warhawk senator Dianne Feinstein. Please google “DiFi and Blum: a Marriage Marinated in Money”: ‘The economic and political policies promoted by Richard C. Blum and associates, including Senator Feinstein and other leaders of both the Democratic and Republican Parties, have locked nations and peoples across the planet into a system of de facto colonial bondage whereby their lands and destines are controlled by distant, debt-holding banks and hedge funds – among them, Blum Capital Partners, LLC, and Newbridge Capital, LLC, of which Blum was chairman of… Read more »