The Daily Nexus
The Daily Stench
9 Costumes Chancellor Yang Doesn’t Want You to Wear
October 31, 2017 at 4:20 am by The Stench 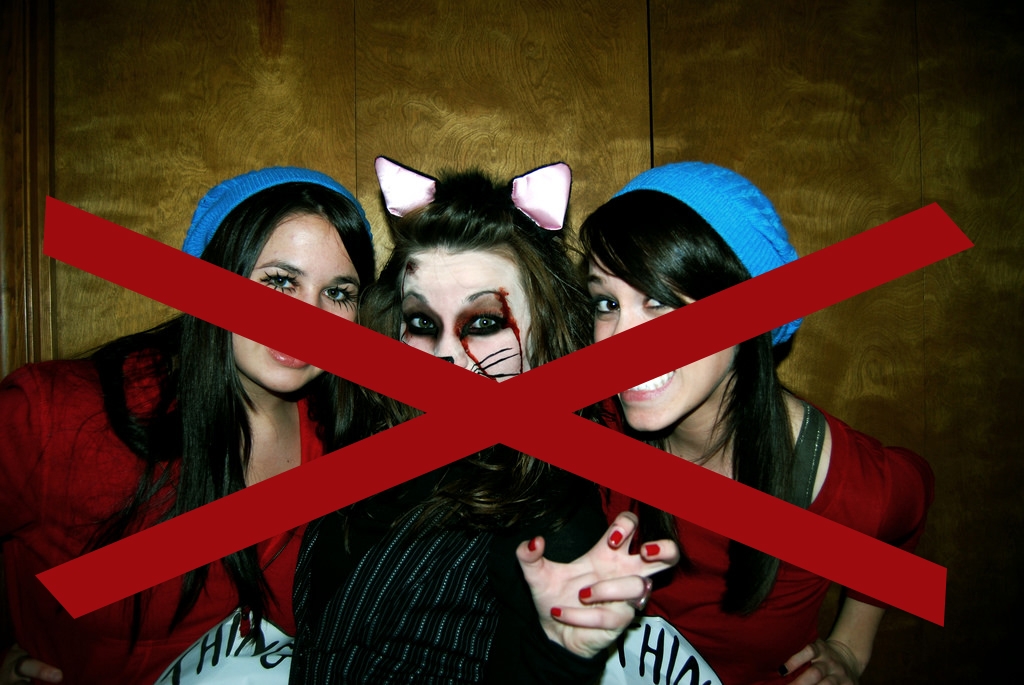 In a statement from the Office of the Chancellor yesterday, Chancellor Henry T. Yang expressed his wishes for a “peaceful Halloween with limited buffoonery.”

There were additional calls for students to be conscious of their costume choices.

“We know everyone is just looking to have fun and let loose,” the statement read. “But we want to ensure that no costumes are offensive or triggering to any Gaucho.”

The list of costumes that administration strongly recommends against being used includes:

“Some students naturally have more body hair, and this costume insinuates that their is something freakish to their biological keratin sweaters.”

“Although it is initially viewed as humorous to dress in a suit while wearing a toupee, we must understand the repercussions this has on the National League of Cheeto Eaters. By continually disgracing their revered symbol of the Cheeto via references to Trump, we undermine their efforts to establish themselves as a legitimate and worthy political party.”

To be fair, Trump is a sad reality, not a joke.

“While we understand the urge to represent your interest in ‘Stranger Things,’ this outfit can be triggering to those who experience an above average amount of nose bleeds.”

“We recognize that you didn’t bother to think up anything until the last minute, but this outfit makes light of the struggles experienced by cat-kin students in our community.  Their choice to self identify as felines in human bodies should not be diminished or sexualized via black lace tops and spandex.”

“Vampires are a cultural reappropriation of Transylvanian heritage and offensive to their culture, as well as Vlad III.”

“Here at UCSB we pride ourselves in our green initiatives and environmental and sustainability efforts. That being said, any bee-related costume, specifically that of sexy bee,  which inappropriately brings attention to the plight of bees in the U.S. will not be tolerated. The same is true for all animals in the vulnerable or endangered species list, some of which include the cheetah, the yellow-eyed penguin, the cottontop tamarin and the masked palm civet.”

“The show itself is the intellectual property and is trademarked by Cartoon Network. Any reproduction, such as a costume, can result in a minimum fine of over $100,000 fine and perhaps even future repercussions by their legal team.”

“If you’re over 3’0”, don’t even think about going as Yoda this Halloween. Heightism is unacceptable and due to legislation protecting vertically-challenged individuals, legal action will be taken against those who choose to violate this law.”

“The repeated abuse of his failure for entertainment purposes has taken a toll on his psyche and job opportunities. Left Shark’s LinkedIn is repeatedly filled with spam job offers for children’s birthday parties and it now requires a communal effort to restore his reputation to its initial prestigious status. Dressing as LS goes against this ultimate goal of our joint teams.”

The Nexustentialism Staff hopes to do its part in making all of Isla Vista a Safe Space™ this Halloween.