The Daily Nexus
The Daily Stench
Gauchos Have Chip on their Shoulder After Tie
October 17, 2017 at 4:20 am by Carly Kay 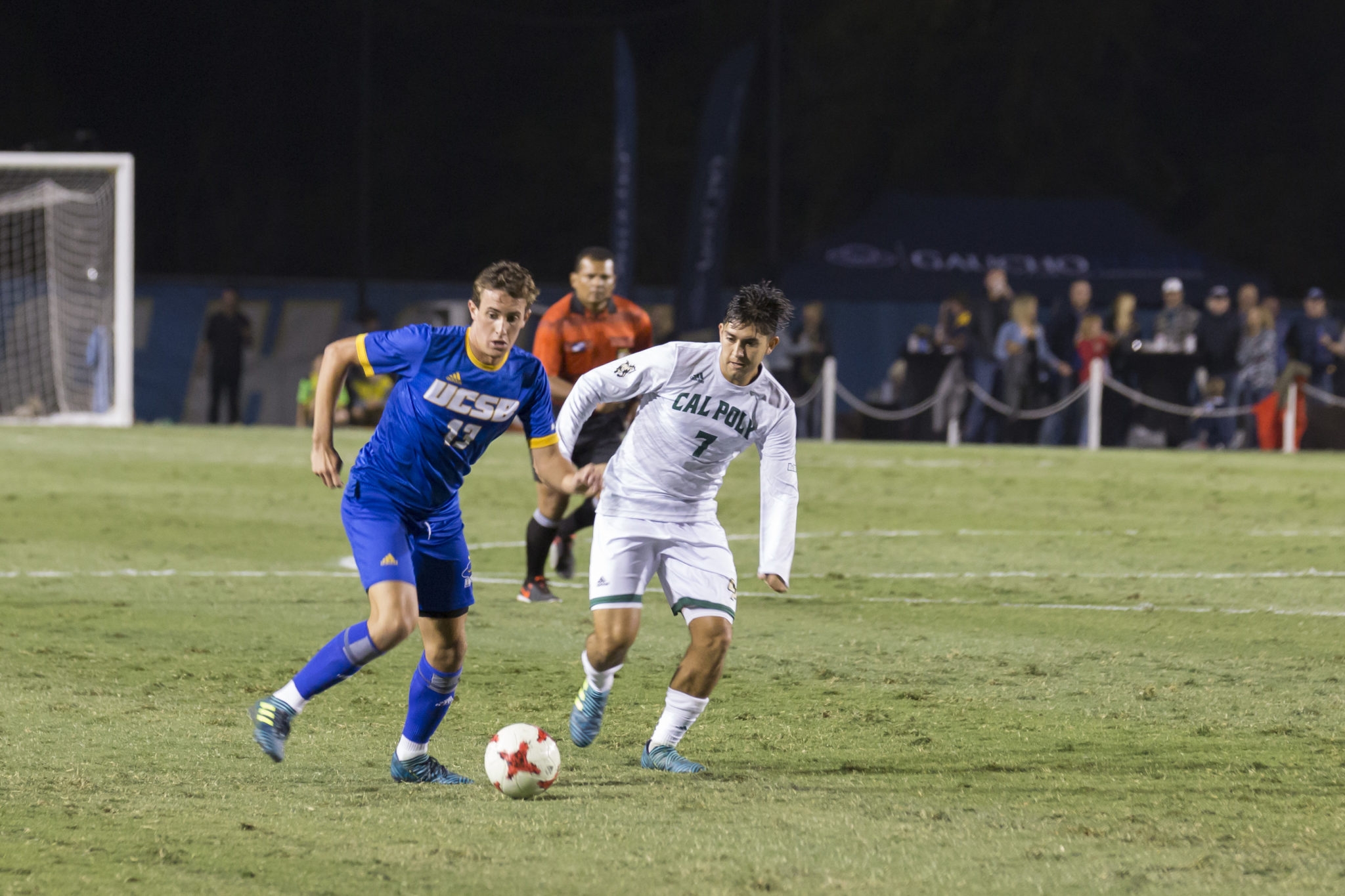 After a whole year of anticipation, thousands of Gauchos drunkenly staggered to Harder Stadium on Saturday evening to unite over their contrived love for a sport they know nothing about. The annual Blue-Green rivalry game had finally arrived, and the mobs of blue and gold-clad fans were ready to prove their loyalty to the team whose games they would definitely show up to at least once a year. As three separate offbeat fight songs combated each other, tense UCSB students nervously clutched their deteriorating tortillas, ready to fire at any play in which the ball landed within a 20-foot radius of the Mustangs’ goal.

“It’s not that I’m stressed,” said freshman Abbey Lewis, glaring into the large 0-0 scoreboard as if it was personally attacking her, “but how am I supposed to prove to my friends that fútbol is our football if I don’t get a lit Snapchat of us scoring? I mean, this ‘UC reject’ chant is funny and all, but I don’t know how much longer it will make me look cool.”

“It was as if the Gaucho Gods had blessed us for staying until overtime even though we all knew we could have been plastered on DP.”

Tensions continued to rise as the clock slowly dwindled and the tied nil-nil score remained stagnant. Frustrated, the crowd began to jump up and down in hopes of firing up the athletes below. At one point things got so heated that the torrent of tortillas littering the field exploded into tortilla chips midair.

“I’ve never seen anything like it,” stated fourth-year Timothy Jenkins in awe. “It was as if the Gaucho Gods had blessed us for staying until overtime even though we all knew we could have been plastered on DP.”

At the end of the game, the crowd stormed the field, not to congratulate the team on the hard-fought game, but to harvest a surplus of tortilla chips for Salsa Sunday the next day.

Carly Kay is a second-year biology major who is currently out of tortilla chips and needs someone to take her to Costco ASAP.