Governor Jerry Brown signed Senate Bill 54 into law on Oct. 5, preventing local and state law enforcement agencies from collaborating with Immigration and Customs Enforcement (I.C.E.) in the state of California. 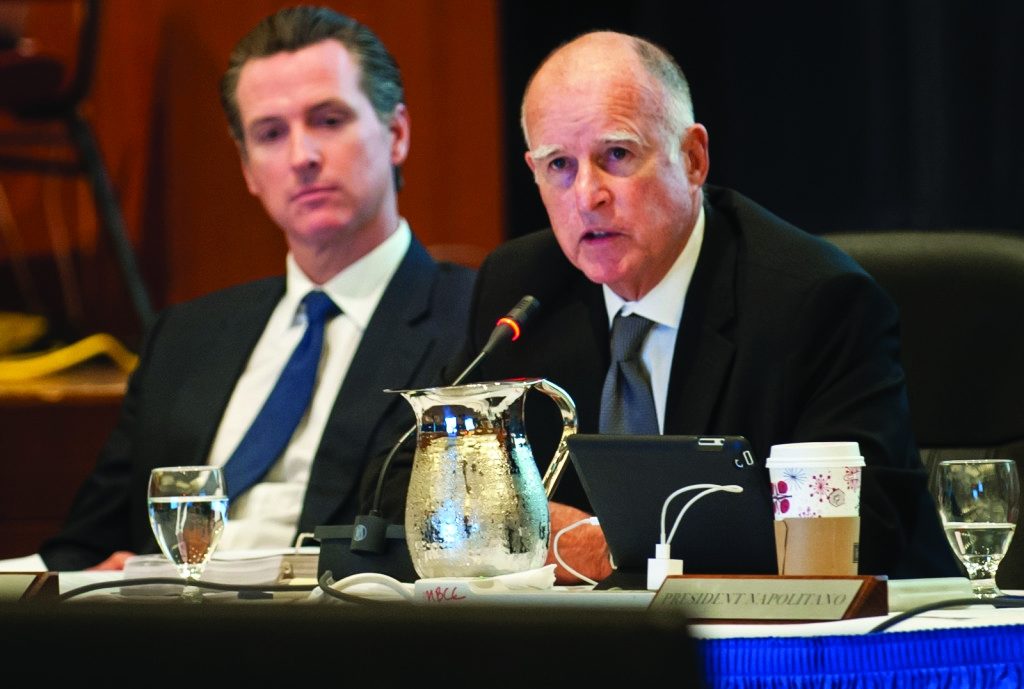 “Immigrants are valuable and essential members of the California community,” the bill reads. “A relationship of trust between California’s immigrant community and state and local agencies is central to the public safety of the people of California.”

According to the bill, all public schools, health facilities operated by the state and courthouses must limit assistance with immigration enforcement by Oct. 1, 2018. Law enforcement is allowed to work with immigration authorities like I.C.E., however, if an individual has previously committed a violent felony, committed child abuse or endangerment, drove under the influence of alcohol or drugs, amongst other crimes.

Santa Barbara Sheriff Bill Brown told the Santa Barbara Independent on Friday that he was “disappointed” with the bill and said it would be a threat to public safety.

Bill Brown, who is also the president of the California State Sheriffs’ Association, publicly opposed the bill in July.

The new law is consistent with the University of California’s (UC) official policy that directs local law enforcement to not work with I.C.E. The UC, however, has not yet taken a position on the bill, according to a UC Office of the President spokesperson.

In a statement released on Sept. 12, UC President Janet Napolitano and the 10 UC campus chancellors expressed support for undocumented student and prohibited UC campus police from contacting, detaining and arresting individuals based on suspected undocumented status.

Napolitano also released a statement on Nov. 30, 2016 emphasizing the university’s position that UC campus police will not work with I.C.E.

The bill’s approval comes amidst contention between the federal and state government about immigration legislation. President Donald Trump recently announced his goals for immigration reform, including the construction of a wall on the southern border and the termination of sanctuary cities.

Trump also announced his plan to repeal Deferred Action for Childhood Arrivals (DACA) on Sept. 3. Napolitano filed a lawsuit against the Department of Homeland Security for the repeal, saying it violated the rights of those who benefit from the program.

“The work does not end here, but we are very excited to see these common-sense protections codified in law,” Brandt said.

A version of this article appeared on page four of the October 12, 2017, print edition of the Daily Nexus.

There are a few federal laws that I don’t like. Can I ignore them too?

To anonymous: Sure you can ignore federal laws you do not like: Provided you have the balls to take the consequences (and are not simply bloviating from your keyboard in you parents’ basement).

Sorry, I haven’t lived in my parents’ house since 1970. But, nice try at 3rd grade sarcasm.

You avoid the serious problem with your juvenile “question” (i.e., asking whether you too can avoid laws you don’t like, when it is obvious to 15 year olds, much less 60 year olds, that “of course you can” provided you accept the consequences (and in consequence you establish a false [or inane] equivalence). Instead you focus on a peripheral.

Are you telling the truth when you say you no longer live with your parents? Your sister perhaps?

How very clever of you! Sorry, don’t have a sister. Apparently, those who illegally enter the country can avoid any state consequences.

A co-worker and a neighbor were both murdered by illegal aliens. In there memory, I reject the sanctuary state. They didn’t have to die.