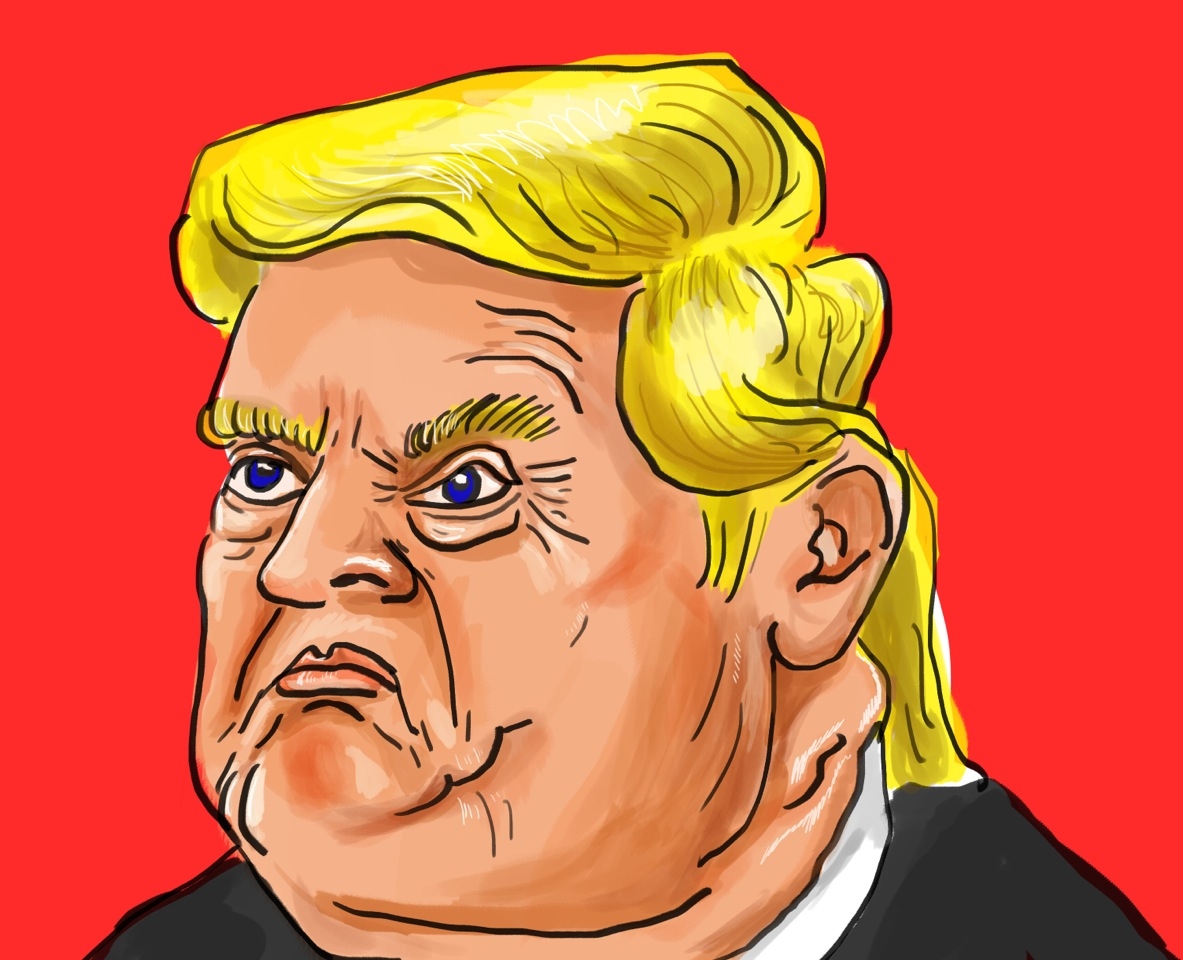 It is difficult to start a conversation about the president without sounding repetitive. Every week he gives us new reasons to call him unhinged, unprepared and unbelievable, yet these messages are not having an effect. It is impossible to impeach or even erode support for “Teflon Don” if nothing that is said about him sticks.

But he is only as evasive as we allow him to be. I know it’s tough, but we have to break through that feeling of monotony and eye-rolling every time there is a new headline about him. Resist the urge to say, “What has he done now?” and try and treat every situation independently from one another. If the constituents get politically exhausted, then Trump has free reign to operate with impunity. Just take a close look at what he has actually done over the past two months and you will realize that what is going on is anything but normal.

Charlottesville should be a massive turning point in how we view this administration. It was not just business as usual, and it should not be treated that way. There were Americans advocating for the Nazi party in a major American city. A young woman protesting against them was murdered by a white supremacist. And the man occupying the presidency, the office we look to for guidance at dark moments like Charlottesville, did not condemn these actions. Better! He SUPPORTED these actions, equating the anti-Nazi protesters and the Nazis by saying there were “very fine people on both sides.”

There was only one side committing murder in Charlottesville.

Another example of how morally bankrupt this administration is is the ordeal with DACA. At its core, DACA allowed people who came here as children to live and work in the only country they have ever known. It took an enormous amount of courage to trust the federal government, and that trust was betrayed under Trump. This administration used 800,000 lives as a political pawn in a bid to gain funding for the border wall. He was playing chicken and he did not care if he ruined 800,000 lives (and at a far lesser note of importance, he did not consider the economic repercussions). All that this presidency cared about was getting its absolutely moronic vanity project done.

It was never about “Making America Great Again.” It was about making Donald Trump great again.

His summer campaign of repealing the Affordable Care Act and replacing it with any one of several worse variants is even more devastating to Americans. The latest variant, the Graham-Cassidy Bill, essentially hands all the power back to the insurance companies and allows them to exploit the system once again. Healthcare is tough task, but it makes zero sense to repeal a still-working system without having a viable replacement option.  The CBO estimates that MILLIONS of Americans would lose coverage under the new bill. Make no mistake about it: The Affordable Care Act has saved many lives, and taking it away might as well be sentencing many to death.

Trump’s most recent attack on predominately African-American athletes peacefully protesting police brutality against African Americans has been incredibly divisive. At its core it is clearly a ploy to distract from the healthcare vote and inaction regarding Puerto Rico. But the disconnect between taking a knee during the national anthem and the heinous actions that happened in Charlottesville could not be wider. The fact that the president reduced the individuals protesting against excessive police violence and racial inequality to “sons of bitches” is incredibly telling of the psychological id of this current administration. Let us be clear. These athletes are not protesting the national anthem or the military but rather the long-standing marginalization that African-American communities have faced.

We must sift through the rubble and clutter and be critical of this administration.

This is a president who has no goals other than maintaining his grip on power and feeding his ego. It was never about “Making America Great Again.” It was about making Donald Trump great again. He is failing America by stripping away healthcare which consequently means stripping away millions of American lives. He is failing America by feeding and stoking the fire of the racial tensions that divides us. He is failing America by ruining the institutions and ideals which make this country great: freedom of speech, freedom of religion and due process (his pardoning of Sheriff Joe Arpaio speaks to this). Above all he has spit in the face of the idea that everyone has a chance to make it in this country and that we are all equal.

It is so easy to be overwhelmed by all the static noise that is going on in Washington, and that is understandable. However, we must sift through the rubble and clutter and be critical of this administration. Standing idly by while the president and co. dismantle all that makes this country great is unacceptable. We owe it to ourselves to maintain the sanctity of the Oval Office and the executive branch because this administration cannot be trusted to maintain the high standards that the office entails.

Ali Abouesh encourages you to always watch over what your elected politicians are doing with a close eye.

What a sad sack of disordered facts you’ve packed, then allowed to spout from your Ivy League rat stack. Ali…..your so misguided in you attempt to slander the president of the United States, and the civic electoral process that makes “us” possible. For starters, Trump had nothing to do with Charlottesville, he condemned white supremacist, and anyone promoting the “nazi” movement, just not fast enough for you. Believe it or not, everyone for any reason, has the right to protest, that doesn’t make them a bad person, and the point of protest is to draw attention to their cause, to… Read more »

Nexus, you have claimed that open discussion of articles is an experiment that is worthwhile — and so you intend to keep this format. Experiments are subject to failure. As the above post puts on forcible display, replies to your articles too often engender comments that make a mockery of the rationality supposed to be fostered by higher education. I suspect — no know — that many of these intelligence-challenged “arguments” are not from students (God help us if I am wrong; it would strongly suggest the academic mission of the University is an abject failure). Since you cannot put… Read more »

Point to the facts, debate opinions, incite response, or in your case, demand censorship and discourage dissenting input

As a graduate of UCSB, I disagree heartily with the comment above. The anonymous author demonstrates the lack of competence they attempt to decry. Vigorous debate is to be expected and counter-argument is the appropriate response. Calls to suppress dissent and censor opposing views (e.g. ending comments) only make the case that the snowflakes’ so-called arguments are weak. Academics are used to living in their echo chamber, and need to be challenged when they make errors.