The Daily Nexus
On the Menu
Trend Alert: Poke Shops Opening in Isla Vista
September 28, 2017 at 12:10 am by Marisa Ratchford and Tiffany Velazquez

2017 is looking to be the year of the poke invasion. With both Pokirito and PokeCeviche opening their doors recently, it seems a trend may be on the rise. Commonly associated with pizza and burgers, Isla Vista may be looking at a new contender in the food war. 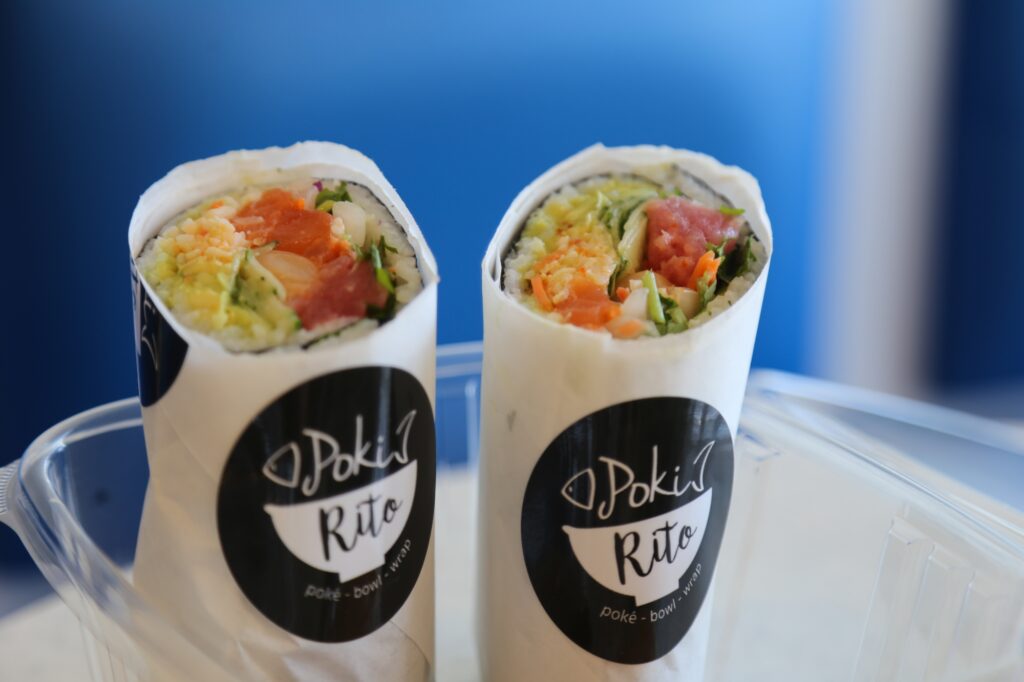 Pokirito made its way to Isla Vista last week. Located between Ike’s and Spudnuts on Seville, it offers a promotional 20 percent off to customers in its first week of business. It’s the latest addition to the poke invasion, and Pokirito is already setting itself apart as a restaurant to provide unique and delicious flavors.
Walking in today, I was immediately pleased with the overall appearance of the place. The restaurant was nicely lit and every inch well-utilized, giving off the appearance of the space being much bigger than it is. The prices only served to further entice me; the $10 starting price sounded good in comparison to other options in Isla Vista, especially if fresh and healthy seafood was going to be offered.

I opted for a small wrap rather than the traditional bowl, figuring it’d be easier to eat as I walked to campus. Having never tried poke or anything of the sort before, I decided to play things relatively safe for my first go-around. The menu boasted about nine raw protein options either “Naked” or “Dressed” and five different cooked items with the option of including up to two proteins in my wrap. I decided to double up so as to best get a taste of the different flavors. I chose teriyaki chicken on half (something more within my comfort zone) and ahi tuna on the other. 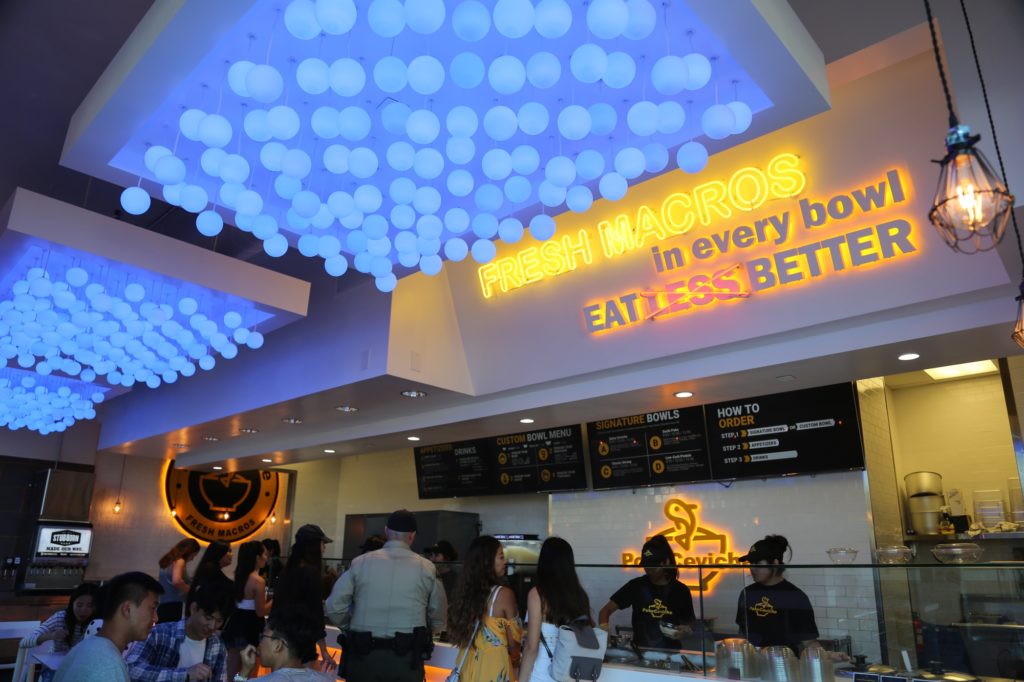 I then moved on to the “Flavor and Mix” step of the menu; the sweet shoyu sauce and mango pineapple salsa sounding like they would provide nice additions without overpowering everything else. The sides and toppings were last; despite the unlimited toppings available for my wrap, I kept things simple with scallions, cucumber slices and carrot and settled on the macaroni salad as my side. The server was very friendly and accommodating the entire time. She took the time to explain the different options available as we moved down the line, which was very helpful especially for a poke virgin like myself.

After selecting my choice of proteins, sides and toppings, the next step was for my wrap to be assembled. Prepared with nori seaweed and sushi rice, the wrap was very sushi-like in terms of appearance; however, it was on a grander scale like a burrito, keeping true to their fusion namesake.

The dish, while unfamiliar, certainly delivered great flavor. The nori seaweed counteracted the sweetness of the teriyaki chicken in a subtle yet efficient manner and highlighted the ahi tuna in the second half. The dish was gone in no time, no scrap left unaccounted for. Entering as a first time poke eater, there’s no doubt the dish will quickly grow to become a familiar favorite. I can definitely see Pokirito cementing its place in the stomachs of Isla Vista customers. 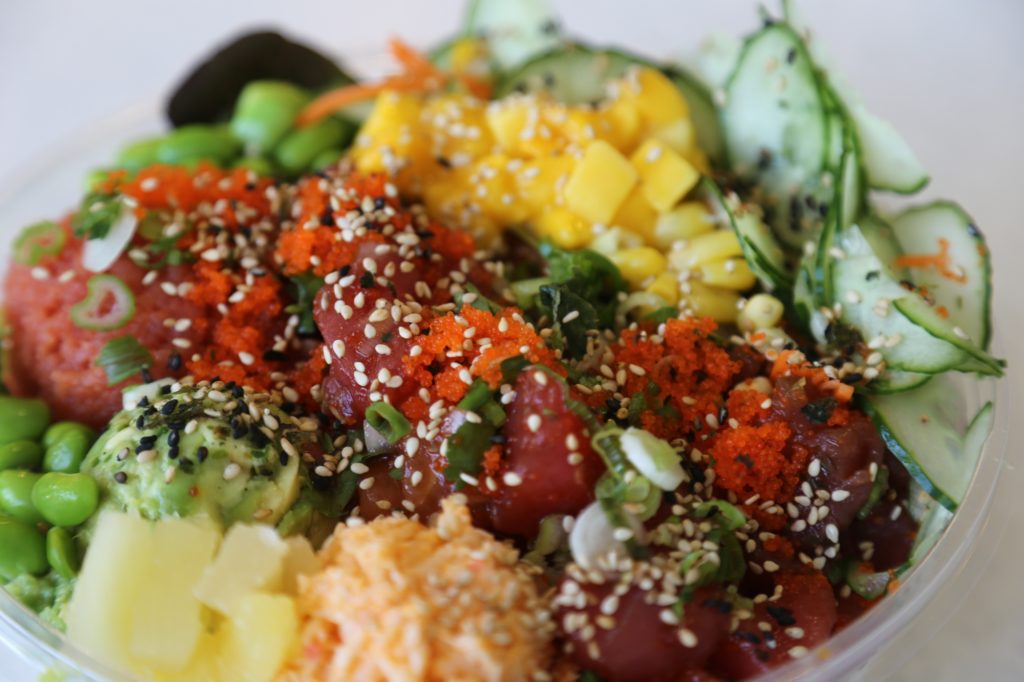 Another new eatery gracing the streets of Isla Vista is PokeCeviche. The new restaurant filled the recently-vacated Jimmy John’s location. On the Tuesday night before class begins the restaurant is busy. Neon lights glow giving it a retro and fresh vibe. The outline is simple enough; similar to most restaurants in IV it is build your own, and they offer a few signature bowls for those not wanting to get creative and then a plethora of proteins, toppings, sauces and seasonings.

I opted for the signature sushi poke bowl but substituted the poke ceviche for the scallop and avocado option. Let’s talk about their ceviche as well, because this is not a standard ingredient in poke bowls. Although raw fish is a key component for the dish, ceviche is traditionally a Hispanic delicacy. The raw fish is usually marinated in an acidic or spicy liquid, oftentimes lime, and then served with raw ingredients like onion and cilantro mixed in — think of it as a fishy salsa. 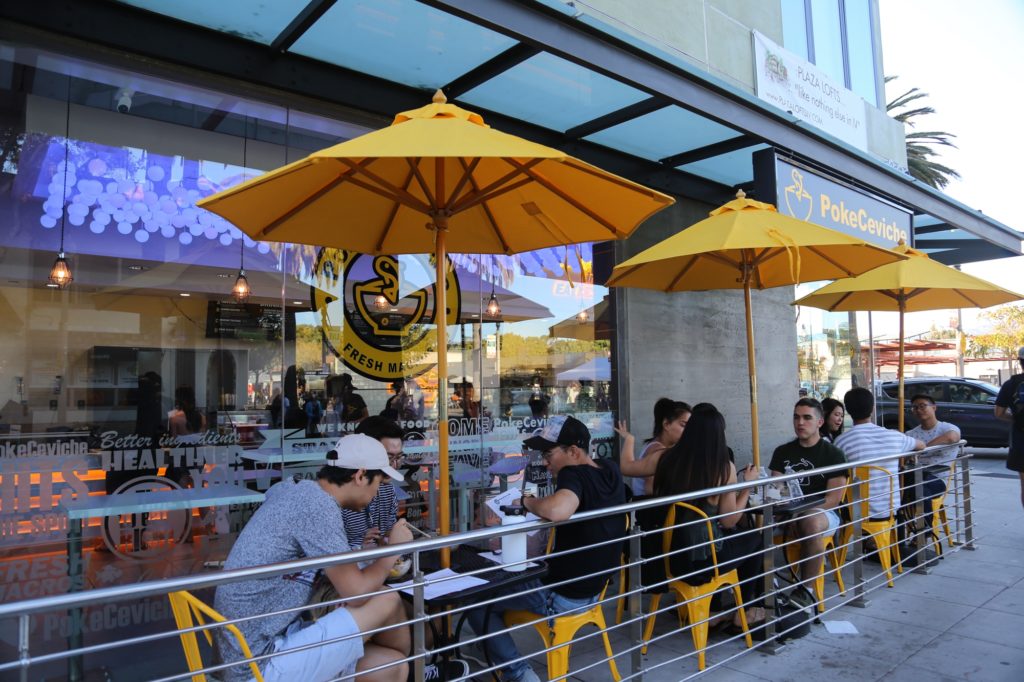 This inclusion of ceviche into a poke bowl is a unique way to add the SoCal cuisine into this new trend, and I believe it is for the better. The marinated fish now packs a stronger punch of flavor taking the often subtle fish flavor and cranking it up a notch. Combined with the other mild ingredients it creates a blend of two culinary worlds that really ends up being a harmonious meal.

Overall the restaurant wasn’t my favorite place because I simply don’t want to spend $9 on a bowl of fish and rice, but if my friends suggested we go there or if I was feelin’ fishy I definitely would consider going back to PokeCeviche to experience the bright and bold fusion cuisine again.
Trends come and go, and we have seen our fair share of restaurants in Isla Vista come and go as well. For the sake of these restaurants’ futures we hope that maybe this time something will stick.