The Daily Nexus
Nexustentialism
It's satire, stupid.
Professor Institutes ‘Trial by Combat’ Test Format
June 9, 2017 at 4:20 am by Will McIntosh 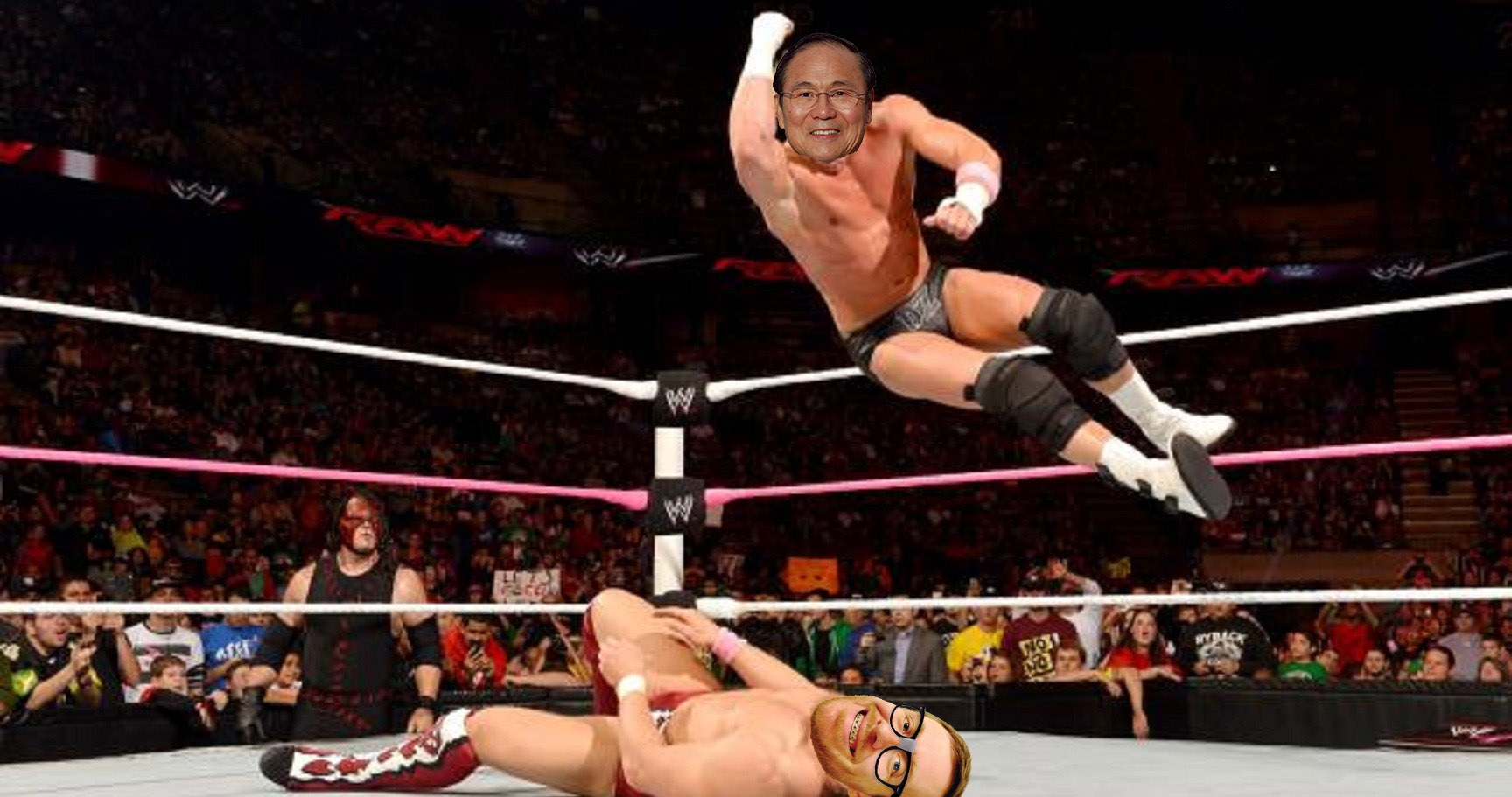 With finals just around the corner, the entirety of the Gaucho community is hard at work studying for their exams. They’re brushing up on vocabulary terms with flashcards, going over technical skills for lab practicals and pounding yerba mate like it’s their last meal. But what some Gauchos are unaware of is that they might want to start hitting the gym and watching MMA tutorials, and quickly.

Sources confirmed yesterday that an upper division physics professor, who has asked to remain anonymous, has hired a handful of retired WWE wrestlers to challenge students in cage-match-style combat. The professor, who believes that his students are “getting too soft nowadays,” thinks this is the most efficient way to test students on what they have learned about kinetic energy, Newton’s Laws and stopping power.

“When my good friend ‘the Educator’ does his trademark schoolyard smack-down on these juniors, I feel like they’re going to have to think on their feet or else have an equal and opposite reaction to his terminal velocity,” the professor said.

“I can barely do a push-up and the guy expects me to take down that behemoth?”

“I can barely do a push-up and the guy expects me to take down that behemoth? He looks like he eats my weight a day in protein shakes alone!” Nottingham said, trembling.

On the other side of the spectrum, some professors want to adopt the method while putting their own spin on it. An anonymous English professor says he is thinking about having his students swordfight their TAs next fall.