Hi there! My name is Collin and I am the assistant editor of the On The Menu page. You may know me from such controversial articles as “Trouble at Trader Joe’s” or the article recently written about cultural issues surrounding the popularization of elote (I admit, I should’ve taken more time to go in depth about the points I was trying to make). If neither of those are familiar to you, you can find me running around campus working one of my seven jobs. Anyway, since I’m about to graduate in a few weeks, my time here at On The Menu is coming to a close. It has been a great couple of years that I will cherish always. With that said, I feel there would be nothing more on-brand than a self-indulgent article about all of the delicious experiences it has brought me. 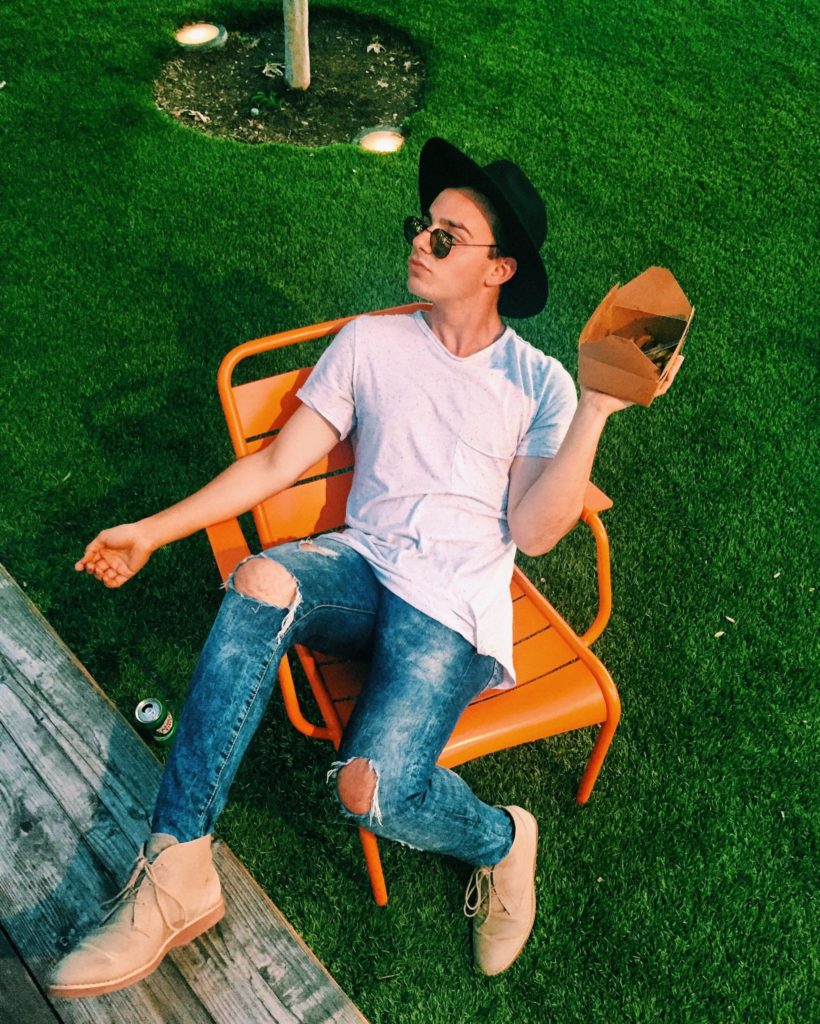 When I first transferred to UCSB two years ago, I knew the Nexus was the first place I wanted to check out. I had heard so much about it prior to transferring, and there was nothing that I wanted to do more than work under the famous Storke Tower. I made my way to orientation within a few weeks of my first day. I walked through the door of the Nexus office and thought to myself, “Wow, if this doesn’t scream college, I don’t know what does.” Little did I know, this beer-bottle-lined, inflatable-genital-hanging space would be my home for the next two years.

I listened as different sections talked about what it takes to be a part of their team. I was initially drawn to Nexustentialism because I considered myself pretty funny; little did I know, being verbally funny does not always equate to being a literary comedian. I went editor to editor, asking them questions about what their section does, but I didn’t feel personally attached to anything. In high school, I had been the editor of the entertainment news page, but I wanted something with substance. It was then when my current editor, Marisa, came forward and started talking about the On The Menu page. As she spoke, I felt myself getting really excited about the prospect of writing about something of actual substance (get it, bc food??). I loved to eat and loved to write, so why not combine the two? I immediately gave my contact information and submitted my first article about my mom’s albondigas recipe. Within a month, I moved my way up to being a staff writer and eventually assistant editor. I had found my creative space where my ideas were supported.

This is not to say that I didn’t go through any tribulations, however. I would spend hours outside of these meetings in a creative rut wondering what I would write about. There was one instance during which I actually cried on the beach with a notebook because I felt like I was limiting myself in terms of writing. I had to learn that any content could be great content; that’s why editors exist. I consulted Marisa as well as our great copy team for help when needed [[ok]]. Things got easier for me and I felt words coming to me faster than before. To this day, I still struggle with creative ruts, often thinking “Will people laugh at this? Has this been done before? Is this even interesting or food-related?” before getting anywhere. My perfectionism is an issue I deal with a lot, but I wasn’t going to let it get in the way of my work for the Nexus.

As I wrote more, I felt myself growing to be creatively fulfilled. On top of writing, I also helped run section meetings to inspire other writers to think outside the box of traditional food writing. My ruts were becoming fewer in number. I wanted to make people laugh, make people cry (as much as I do) and tell a story to inspire readers like you to look at food in a way that we normally don’t. Food is more than just a recipe, it is an experience; it’s your mom making your favorite dish, you burning yourself with coconut oil any time you use it, drunk brunches or even a satirical look at how long grocery store lines are. “The fork you eat from does not have to be silver in order for your meal to be the best.” Within my first year writing for this section, I knew I had found my place at the Daily Nexus and ultimately here at UCSB.

Staying at my new on-campus home every Tuesday night for hours on end putting together layout for Thursday’s print became a highlight of my week. I sat with my editor developing different creative (and always cringey) headline titles and layout designs; in case you’re wondering, the terribly fantastic puns and rhymes you’ve seen have mostly been my responsibility. Sometimes, when you’re running on two hours of sleep, your brain comes up with some interesting stuff that can pass as good. Fortunately, I had a great team consisting of Marisa and the copy editors to calm me down. There is no other bonding experience greater than sitting in an office for hours cracking jokes, telling deeply personal/hilarious stories and attempting to get layout completed before midnight. I am so grateful to have met each and every single one of them in my journey here.

All of this said, I have had an awesome run here at On The Menu and the Daily Nexus. I’ve experimented with different foods, traveled and met a lot of awesomely creative people who have inspired my own creative energy moving forward. Today, I can say I am much more confident in my abilities as a writer and an editor. While my perfectionism persists, I have learned to let it go a little and just be creative. This would have never happened had I not gone to that first orientation and met up with Marisa. So with that said, all I can say is thank you. Thank you to the Daily Nexus editorial staff for being so welcoming and kind to me during my short time here. As a transfer student, it really means the world to have felt a part of the campus community in some way. I may have been controversial in my article choices, but you have all had my back creatively and personally, which I cannot be more grateful for. Wherever I go next, I will always cherish my memories as a writer and assistant editor here. You’re all iconic and I cannot wait to see where you take the Nexus next. Until next time!