The Daily Nexus
The Daily Stench
Break in Review: Frat Phil Recounts Trip to Cabo
May 15, 2017 at 4:20 am by Fraternity Phil 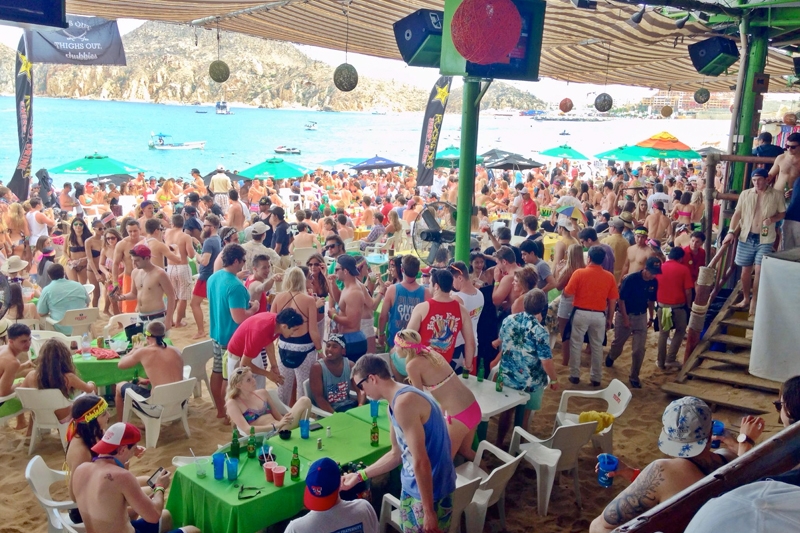 What seems to be the freaking dilemma, reader-oonies? It’s your boy with the poi, your kid with the lid, your son with the concealed carry permit, Frat “Put Your Tits Where I Can See ‘Em” Philskies, dude. Last we spoke, flowers were getting jacked, Mother Nature was warming her shit up and that fly black homie Barack Hussein was still in the ovular oficina. Since then, I’ve literally just been in Cabo, and I feel like I owe the weary bromans that comprise my viewership a spicy explanation.

It all started at that fateful Friday-night bumper on Pasado. I couldn’t find my Vineyard Vines longsleeve, Sarah was totally read-receipting my shit and the perma-pledge had just dethroned me as the leg press champ. This perfectly no-bueno storm of events provoked me to throw back copious amounts of 151, and I soon entered a drunken fugue state of mythical fucking proportions; it was at this point that my ass was truly grass. After wading through the frat juice to get to the front of the freaking party, I was met by a paramount wave of lit-ness. In other words, yours truly was irrevocably, inextricably blitzed beyond belief. Oddly enough, though, a mondo bizarro sensation gripped my bi’s and tri’s as I reached for the front door knob … I felt like a GDI.

My phone then rang an indescribable ring, and I picked it up without thought. I wanted to say, “What’s gucci?” but my mouth was frozen. On the other end of the line was a cryptic, automated message: “Go to those who sing of great moments in the Mexican fairyland.”

My fratty senses started tingling, and I knew what moves needed to be made. I called up Sully, grabbed my 32-pack of creatine throat lozenges and hit the runway. It had to have been, like, midnight by the time we cruised the line for tickets, and that was unsettling asf, dude. I was sure the flight to Cabo was fully booked, but just as we were about to dip, the freaking lady hollered at us from behind the desk, saying, “Excuse me, boys, but are you looking for these?” She motioned toward a pair of first-class tickets, and as we were swooping, she said, “Send Mr. Fudd my warmest regards.” Not knowing how to respond, really, we curved her ass and boarded our flight like a couple of champs. Captain Phillips was hella chill, too. He let us hotbox the whole way there — that is, until our plane started highkey nosediving out of the freaking sky.

Without so much as a hesi and a half, my boy Sully and I grabbed some parachutes and a bag of almonds for the road. As we were aerially coasting to safety, a sign below caught my eye. It read, “If you’re a real one looking for answers, head up the mountain, my guy.” We were clearly in the right spot.

Despite the terrain being absolutely savage and Sully stopping halfway to rip a moke, we made it to the tippy in no time at all. Awaiting me and The Sulster was the sickest of frames — a picturesque vision, if you will. A kaleidoscopic cave, far bigger than the sum of all things, seemingly devoured us as we descended its great steps into the innermost sanctum. We epically stumbled upon a sweeping expanse far wider than that which could possibly be perceived by the naked eye, and in the very middle lay a record player spinning some saucy heaters. My mind, body and soul collectively yearned for the name of the DJ responsible for such tune-age, so I swan-dived onto the dusty vinyl. My gaze fixed on its label, I scoped the following: “HAVE YOURSELF A LOONEY TUNES CHRISTMAS.”

Frat Phil is a comm and unications double major and hopes to become a TFM staff writer by the end of his sixth year in college. He’s known for hazing freshmen to the tune of “The Office” theme song.