The Daily Nexus
Recipes
Pimp Your Peanut Butter and Jelly
May 4, 2017 at 12:21 am by Taylor Sezen

It’s time to pimp our rides! Wait, no, that’s not right. This isn’t a TV show about cars — this is an article about food. But the same concept of pimping still applies; you take something great and make it better! So today I’m going to tell you how to pimp your PB&J sandwich!
Peanut butter and jelly sandwiches are a classic lunchbox special. It’s the sandwich for those who are opposed to tuna or ham sandwiches. But it can become boring after a while. Two pieces of bread smashing together two different spreads isn’t all that exciting. So here are some ways to spice things up: 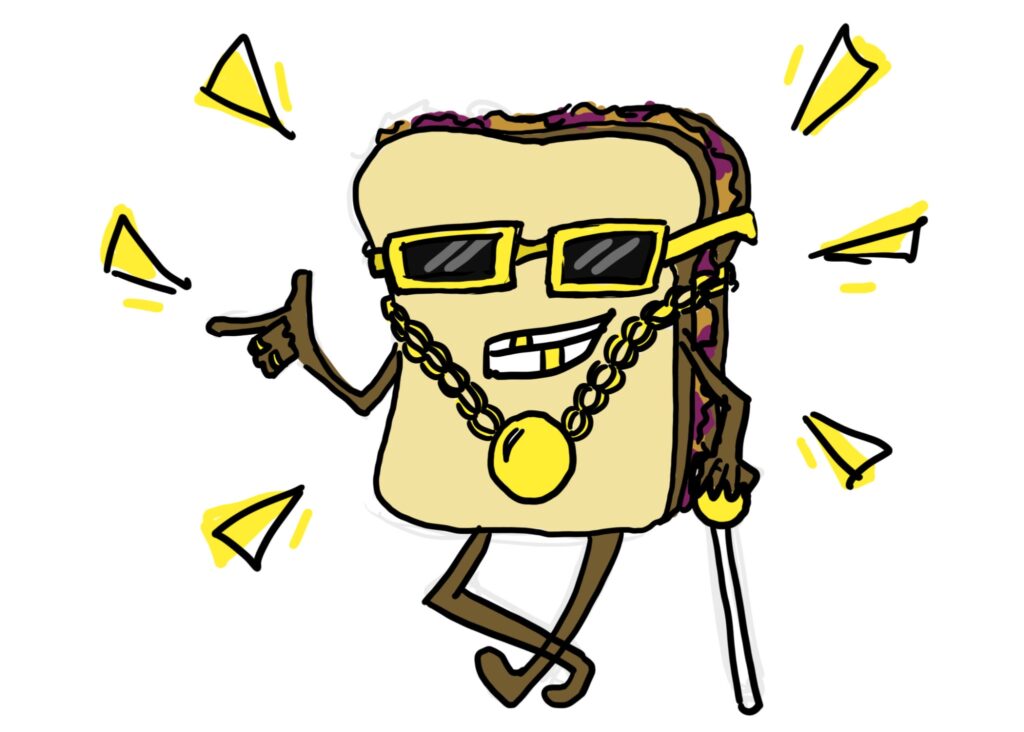 Peanut Butter and Jelly Sushi Rolls:
The purpose of this is for pure aesthetics. The flavor remains the same, but you’ve now got a social-media worthy lunch. Do you just not like sandwiches? Try a roll instead! Why waste two slices of bread when you can have both peanut butter and jelly on one?
First, let us de-crust the bread! It won’t be a very pretty roll with the crust.
Then flatten the bread with whatever you have available (iyour hand, a cup, rolling pin, etc.).
Spread peanut butter on two-thirds of the bread.
Smear jelly on the other one-third.
Carefully roll the bread.
Lastly, cut the roll into three bite-sized pieces.

Peanut Butter and Jelly Tortilla Rolls:
Let’s remove the bread entirely and use tortillas instead!
Butter up a frying pan.
Take a flour tortilla and spread the peanut butter in the center.
Add the jelly on top.
Fold the edges and then roll the tortilla into a taquito shape.
Toss the roll into the frying pan.
Time to enjoy a delicious roll!

Peanut Butter and Jelly French Toast:
Assemble your sandwich using thicker cuts of bread.
Prepare at least two eggs in a bowl and mix together the whites and the yolk.
Optional: Add cinnamon to the eggs.
Then soak the assembled sandwich in the eggs.
Add more eggs if necessary.
Grill the sandwich in a frying pan.
Sprinkle powdered sugar on top when you’re finished.

Grilled Peanut Butter and Jelly:
Instead of just smearing the jelly and peanut butter, let’s grill this thing!
First, assemble the sandwich as you would normally.
Optional: Add a layer of mascarpone before you add the peanut butter and jelly .
Add some bacon for an extra crunch.
Butter the outward-facing sides of the bread and grill each side in a frying pan.
Voila! Now the inside is hot and creamy (or crunchy), and the outside is nice and buttery!

These next three are simple replacement ideas to shake up your everyday routine. Replace whatever bread you would normally use with these!

The main point of this it to try and have fun. Even if it’s changing one small thing, it can make a huge difference. Enjoy playing around and experimenting with different styles and combinations of peanut butter and jelly!