The Daily Nexus
Nexustentialism
It's satire, stupid.
When Your Roommate Leaves for the Weekend: Expectation versus Reality
April 21, 2017 at 4:20 am by Enna B. Holmes 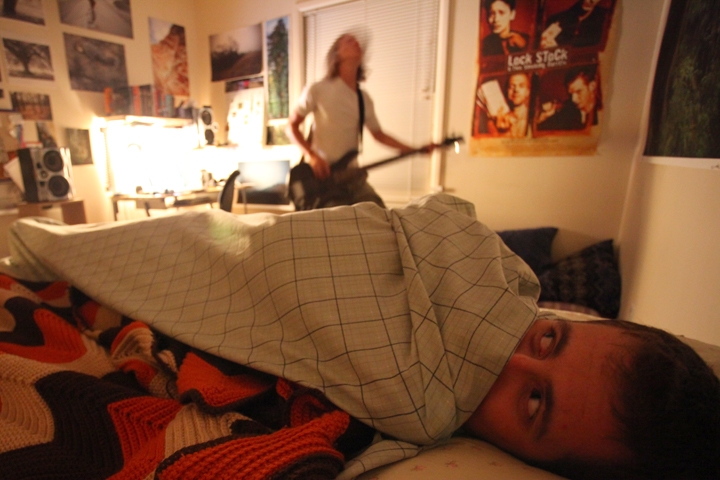 In college, having a room to yourself is a rare and treasured occurrence. Often, however, the reality doesn’t live up to your glorious weekend plans.

Let’s be honest, it’s the number-one fantasy of college kids who finally have the room to themselves.

Reality: Swiping through tinder while you lounge in your footie pajamas.

Unless you have a significant other or booty call ready to go, putting in the effort to find someone to hook up with is just too much work. Why go out when you can stay in and judge people via the internet?

2. Expectation: Actually getting ahead on homework

Without your roommate there to distract you and enable your procrastination habits, what better time to get ahead on work? Or rather, catch up on the work you haven’t been doing.

Reality: Binge-watching the first four seasons of “The Office.”

Without your roommate there to guilt you into doing at least the bare minimum to pass your classes, what better time to start that show you’ve been meaning to watch? And without headphones, too!

Nothing says you’re young, free and having the time of your life like dancing around to bad pop music

Jumping around is exhausting. And dancing by yourself is only fun for so long.

Why wear pants when you don’t have to?

A taste of the good life should leave you wanting more, right?

Reality: Not being able to wait for your roommate to come home.

Living alone gets boring. Talking to yourself makes you feel like you’re going crazy. And the majority of people who die in scary movies are alone in the house.

Enna B. Holmes is a third-year English major that never has the room to herself.