The Daily Nexus
Nexustentialism
It's satire, stupid.
Literal River of Alcohol Runs Through DP During Deltopia
April 10, 2017 at 3:00 pm by Isaac Mikulski 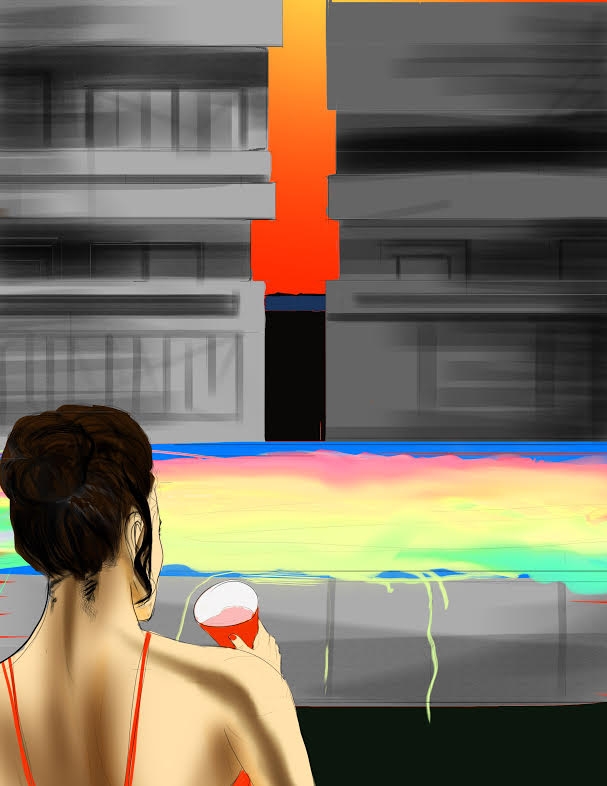 Deltopia was noticeably different this year. Apart from the increasingly severe attempts by the university to extinguish the fun, this year’s alcohol-infused festivities included the creation of a lazy liquor river through the crowded street.

According to sources, Del Playa Drive (DP) was covered in tarps attached to the sides of buildings early Saturday morning, and by 8:00 a.m., dozens of students were pouring Kirkland beer, Smirnoff and even Jose Cuervo into the riverbed. By the time hundreds of students arrived some hours later, a pungent flowing mass several feet deep was there to greet them. Some hopped right in while others sprinted back to their apartments to grab swimwear and inner tubes. When asked about his initial reaction, third-year Chad Johnson said,“Yeah, I just showed up and there was, like, all this weird-looking shit in DP… but once I realized it was alcohol, I stuck my head under with an open mouth.”

Indeed, like Smith, many attendees simply sat cross-legged in the flow and took gulps and gulps of the intoxicating man-made river. Such patrons were occasionally bumped by students floating on their inner tubes who thrust Solo cups into the liquid to get their share. The lively festivities went on for hours due to the huge quantity of alcohol; as fourth-year Jaime Sanchez commented, “I don’t understand why we only thought of this now — you don’t even have to get into a party to get plastered!”

Unfortunately, the enjoyment only lasted until about 3 p.m., at which point the authorities stepped onto a street with hardly any remaining alcohol. The drunken masses staggered about and shouted curses at the police, who responded with commands to go home and sober up. Under ordinary circumstances, many of the inebriated students may have been arrested, but evidently the number of intoxicated persons was so high that the police could do nothing but yell at them. Fortunately for law enforcement, everybody had had more than enough to drink and quickly abandoned their objections and went home. Reportedly, some students even filled kiddie pools with water and drank from them for hours afterwards to prevent alcohol poisoning.

Isaac Mikulski is a second-year English major who attempted to reenact The Adventures of Huckleberry Finn with a raft on DP’s river of alcohol.