The Daily Nexus
Sign of the Times
Combating the Full Stomach Phenomenon: Creating Intersections Between Race and Environmentalism
March 2, 2017 at 5:00 am by Sebastianne Kent

In environmental sciences, the full stomach phenomenon explains the appearance of environmental values when everything else in society is going smoothly. People can slow down and think about the planet when their basic needs are met, when wars aren’t causing turmoil and when the day-to-day struggle simmers down a bit. That is when environmental legislation is signed and when environmental problems become part of the public consciousness.

As the events continue to unfold after the recent inauguration, it feels as though the world is being pulled apart by tiny, tenacious threads. Every day brings a swath of new policies and measures that threaten the lives and livelihoods of myself and the people I care about in my nuanced, progressive, liberal bubble. I’ve made decisions about my body based on the president in office, and I know I’m one of many young women to do so. It’s a reality that feels augmented. I’ve had to change the scope of my dreams and gear myself up for a road more fraught with obstacles than I had anticipated (and I had already anticipated obstacles).

However, throughout all of the horror I see around me and the perturbation of my daily life, I take comfort in the ingenuity and resilience of the human race. We’ve oppressed and maligned each other, and we’ve changed the face of our planet. We’ve created and destroyed regimes and religions and have left scars that will remain for centuries yet. But we persevere as a species and are actually in one of the most peaceful periods in human history. 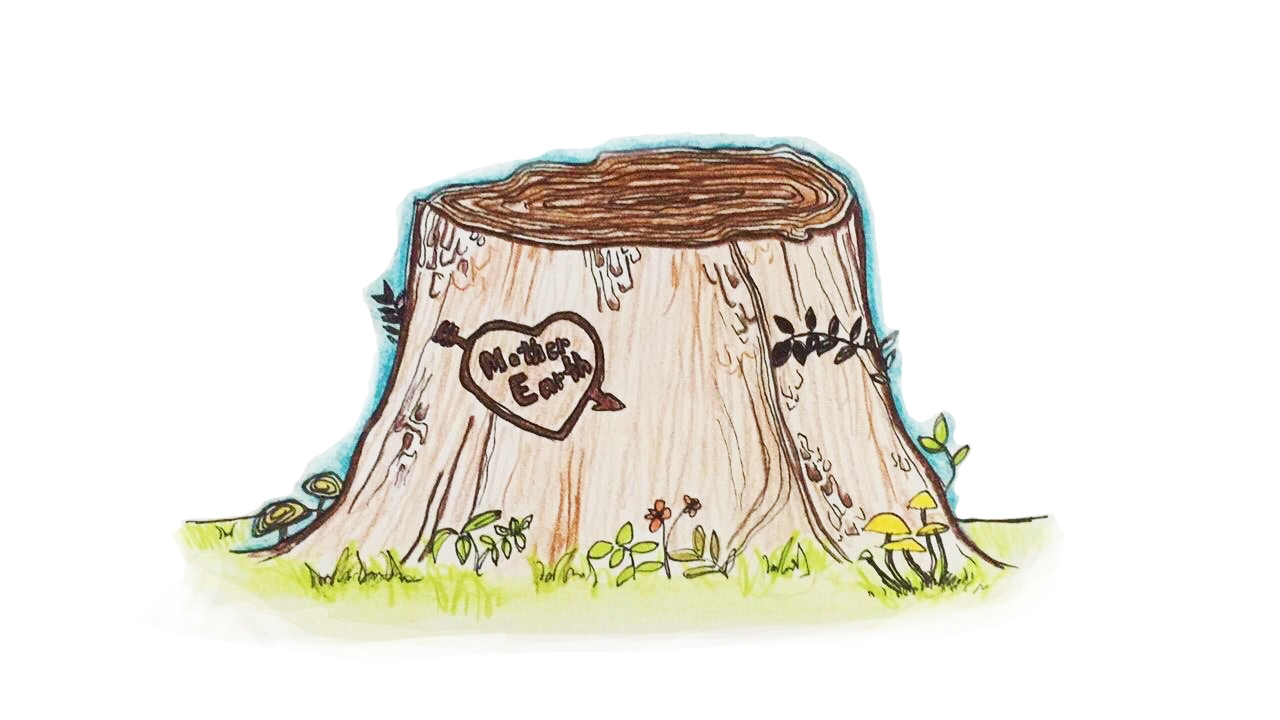 What terrifies me is what’ll happen to the Earth itself. We live in a myth of inexhaustibility, happily wasting resources while blissfully unaware that the lifestyles of people in developed countries would require four Earths to support the human race if everyone lived the way Americans do. The United States continues to debate the existence of climate change while other countries are literally sinking, and we deny anthropogenic sources of climate change despite us being the second largest polluter in the world behind China, who internalizes our manufacturing and part of whose emissions could in fact be argued as ours.
Every moment of every single day, harmful substances are getting belched into the atmosphere, and the majority of us don’t learn about or think about this fact on a daily basis. The scientific community has long since come to a consensus that climate change will happen, is happening and would continue to do so even if our belching of chemicals into the atmosphere stopped right this instant.

The question isn’t an “if,” it’s how quickly we can adjust to changing climates while avoiding large-scale loss of human life. Walking the tightrope of identity between environmentalism and race has made for an interesting life experience thus far. I reflexively look around my classes on the first day of the quarter for other black students and students of color. There are almost always so few I can count us on one hand. Issues of environmental justice and environmental racism rarely surface, and even though the fight for equality inherently includes the fight for access to clean air, water and open space, environmentalists can often neglect racism (especially in the overwhelmingly white, yet enlightening, UCSB classes). Conversations about racism among black students seldom involve exposure to harmful chemicals and the effects of climate change and environmental degradation which manifest themselves much more frequently in communities of color.

The lines are blurred, and if you’re only standing on one side, you’re not on the right one.

Trump’s election and the subsequent events have felt like a call to action for many of us. Facebook activism is giving way to real activism and thank the secular gods for that. But as someone who identifies as an environmentalist, and as a person of color, I assert that you can’t sit on one side of the aisle anymore. Politics have ceased to be political and are now more about whether you support or deny basic civil liberties and care for the Earth we walk upon. It’s no longer enough to just support the cause you think most immediately affects you because they all do.

Multiple studies have shown that education of women and access to contraception and reproductive services including abortion is the best way to reduce population and increase overall well-being in society. Population is widely acknowledged as the root cause of many of our environmental problems. If you’re a woman of color, you’re statistically more likely to be disproportionately affected by environmental issues that cause health problems, and due to income inequality, you’re less likely to be in an economic position where you can just move and get to an area in which those problems are less prevalent.

The chain of connection between these multifaceted and complex issues is long and would take not just an article but a whole series of books to explain. The academic community has been in uproar, cranking out articles that discuss the intersection of feminism and environmentalism.

Black Lives Matter has stood with Standing Rock activists, and stalwart environmental organizations like the Sierra Club have come out in support of Planned Parenthood and Women’s March advocates that emphasize the need for female voices of color in the collective conversation. The lines are blurred, and if you’re only standing on one side, you’re not on the right one.

Unfortunately, we can’t all change the world tomorrow. But I’ve always held that true revolutions come from within, and the first thing you can do is change yourself. If you call yourself “woke” but don’t separate your recycling properly, you’re propagating a lack of awareness that is palpable on the national level. If you’re a woman who identifies as a feminist but negates the voices of black women who try to voice their woes, you’re a detriment to the movement as a whole. It’s time to stand up and take a stand collectively — and for the good of all of us — because good for the sum is good for the components as well.

Sebastianne Kent wants you to walk the activist walk in more ways than one.