The Daily Nexus
Nexustentialism
It's satire, stupid.
Trump Dumps Wall for Straight-Up Land Mines
February 28, 2017 at 4:20 am by Avery MacGuire 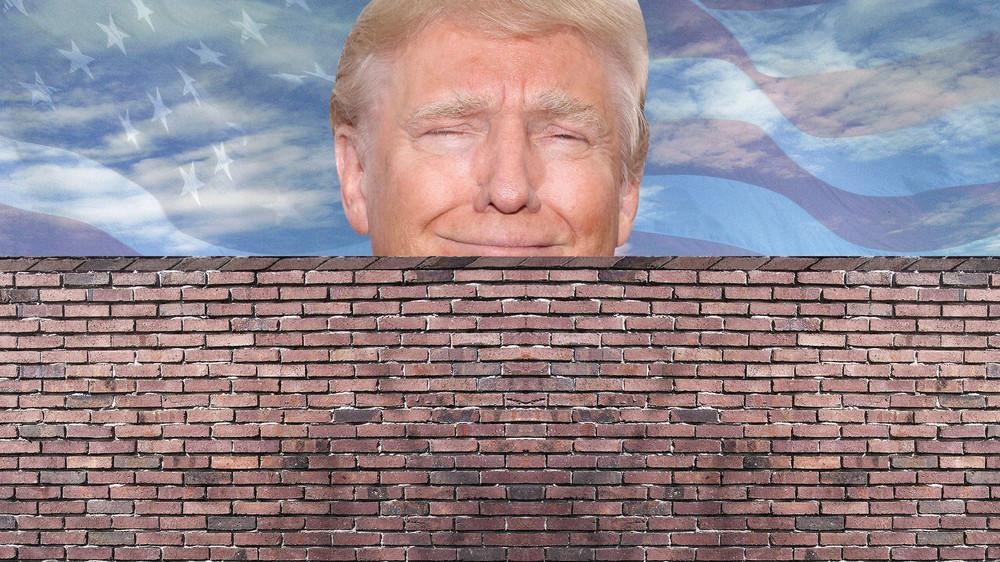 President Donald Trump announced at a press conference that he will be going back on his campaign promise to build a wall between the United States and Mexico, citing the high costs that will burden taxpayers.

“I think you’ll like what we’re doing instead,” he told assembled reporters.  “You’ll like it a lot, because it’s amazing. It’s so amazing, you won’t believe it.”

What will come in the wall’s place? Land mines. Specifically, a modern variation of a famous type of anti-personnel mine, the Bouncing Betty. They are so named for being buried just deep enough so that an errant target will step on the cap of the pressurized weapon. Once triggered, they launch into the air and explode.

President Trump explained that he plans to have over 20,000 mines placed in random locations outside the border fence currently separating the USA and Mexico.

“They’ll be unpredictable,” he said with a smile.

When asked how President Trump would get around the United Nation’s Convention on the Prohibition of the Use, Stockpiling, Production and Transfer of Anti-Personnel Mines and on their Destruction, Spicer said, “The President has a great respect for the United Nations, more than any other president before him,” before moving on to take other questions.

A UCSB student who voted Trump and wished to remain anonymous praised the idea.

“I mean, it is definitely more feasible than a wall. Plus, it’ll mean taxpayers’ money won’t have to go to the wall. Maybe we won’t even need the Border Patrol anymore, and we won’t have to pay them taxes either.”

Over a phone call, the Young Americans for Liberty called Trump’s proposal “interesting,” and added, “It’ll definitely stir up quite a debate, which is healthy for political discourse.”