The Daily Nexus
On the Menu
A Very Inebriated Brewhouse Brunch
February 16, 2017 at 12:11 am by Collin McLeod 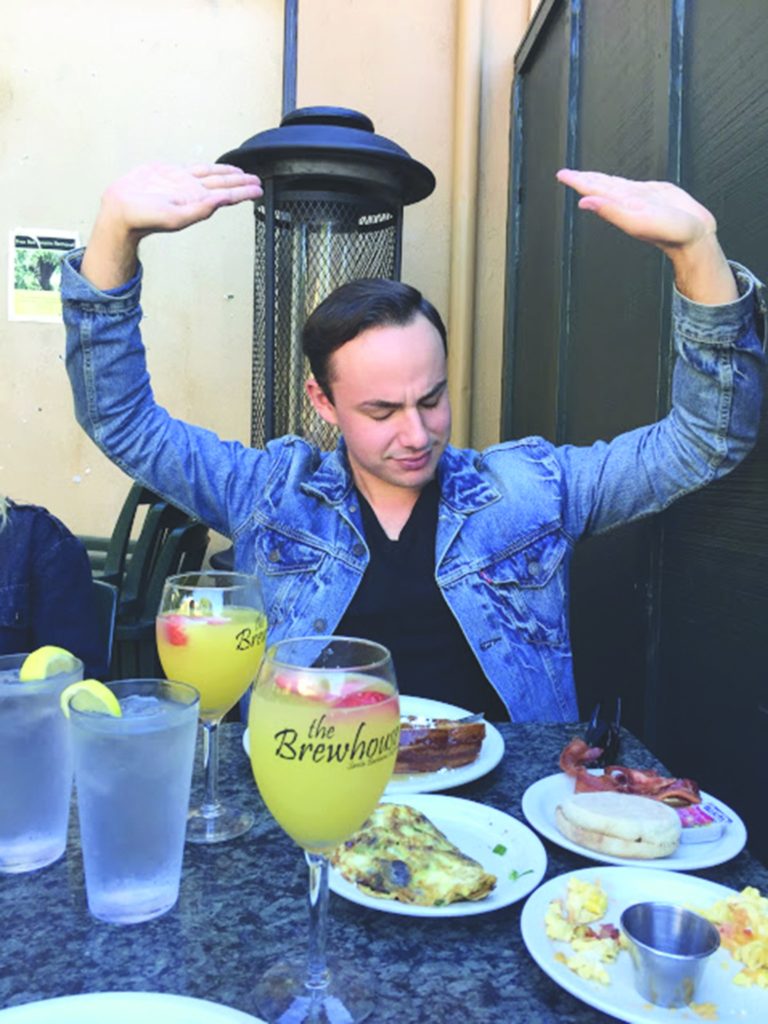 Prior to coming to UCSB, I had no idea of the magic that is known as brunch. Yes, brunch. The period of time where it is too late for breakfast, but too early for lunch. I never got to appreciate this time period before because most of the time I would be either out at work every weekend, but now that I have a lot more free time on the weekends, I have found brunch time is officially my favorite time. About six months ago, some of my really good friends told me about a magical place known as the Brewhouse, located on 229 W. Montecito Street. Every weekend, the Brewhouse opens up around 10 in the morning for an unlimited brunch buffet and bottomless mimosas. I realized I had the time, and the four of us went off to have one of the most fun days I had had in a while.

We sat down and were greeted by one of the nicest servers I had ever experienced. I wish I could remember her name, but if she is reading this, you are fabulous and greatly appreciated! Seriously, she hooked us up. There wasn’t a second when our glasses were even half-empty or she wasn’t checking to make sure everything was just right. We told her we wanted to do bottomless mimosas and brunch and with a smile on her face, she went off to get our glasses. The four of us walked in to find an array of brunch delights. Shiny silver heating containers gleamed in the light as steam escaped from under their tops. I went to open one up and after the steam cleared, I was delighted to find everything I could have wished for: Monte Cristos, French toast, bacon, sausage — you name it, it was there.

All of us immediately started piling food onto our plates as we waited for our pancakes to cook on the nearby griddle. I had to go back three times to get everything that I wanted, because I knew once I had a mimosa in me after not eating all morning, the food would be even more magical. On my third trip back, I found two gentlemen behind the omelet bar. They asked me what I wanted: goat cheese, mushrooms, red onion, bacon and pretty much everything under the sun that is considered sinful to put in an omelet. Within minutes, they handed me back a hot egg concoction that I was prepared to devour. I ran back to the table to find a full mimosa; I took a sip and began.

This sip was unlike anything else I have experienced in the way of mimosas. It tasted like a celebratory party. It tasted like pure champagne with a tiny drop of orange zest. Did I complain though? Not at all. If anything, it really brought out the sweet and savory combination of turkey and ham gluttonously placed between two pieces of French toast doused in syrup. My friends and I basked in our gluttony and enjoyed every second of that decadent late morning, so much so, in fact, that we ended up joyfully walking/stumbling to the beach and dancing around in the water by Stearns Wharf for all of the tourists to gawk at. From that day forward, my friends and I officially had a secret weekend hangout spot outside of I.V. Though it is about $26, pricy by college standards, I can say it is totally worth the splurge every once in a while.

Since my first trip, I have been back to the Brewhouse about four times, and with every trip comes a better experience. Each time I come with new friends to witness the same great service, food and, especially, libations. If you ever find yourself with some extra money to splurge and you want to treat yourself to a fun start of the day, head down to the Brewhouse for their bottomless mimosas and brunch. I guarantee you won’t regret it … too much.

Sounds good dude – I have to try this place. Did you go high?