The Daily Nexus
Nexustentialism
It's satire, stupid.
U Can Study Blonde: Elle Woods Goes Gaucho for Fashion Merchandising Ph.D.
February 3, 2017 at 4:20 am by Jasmine Vaughn 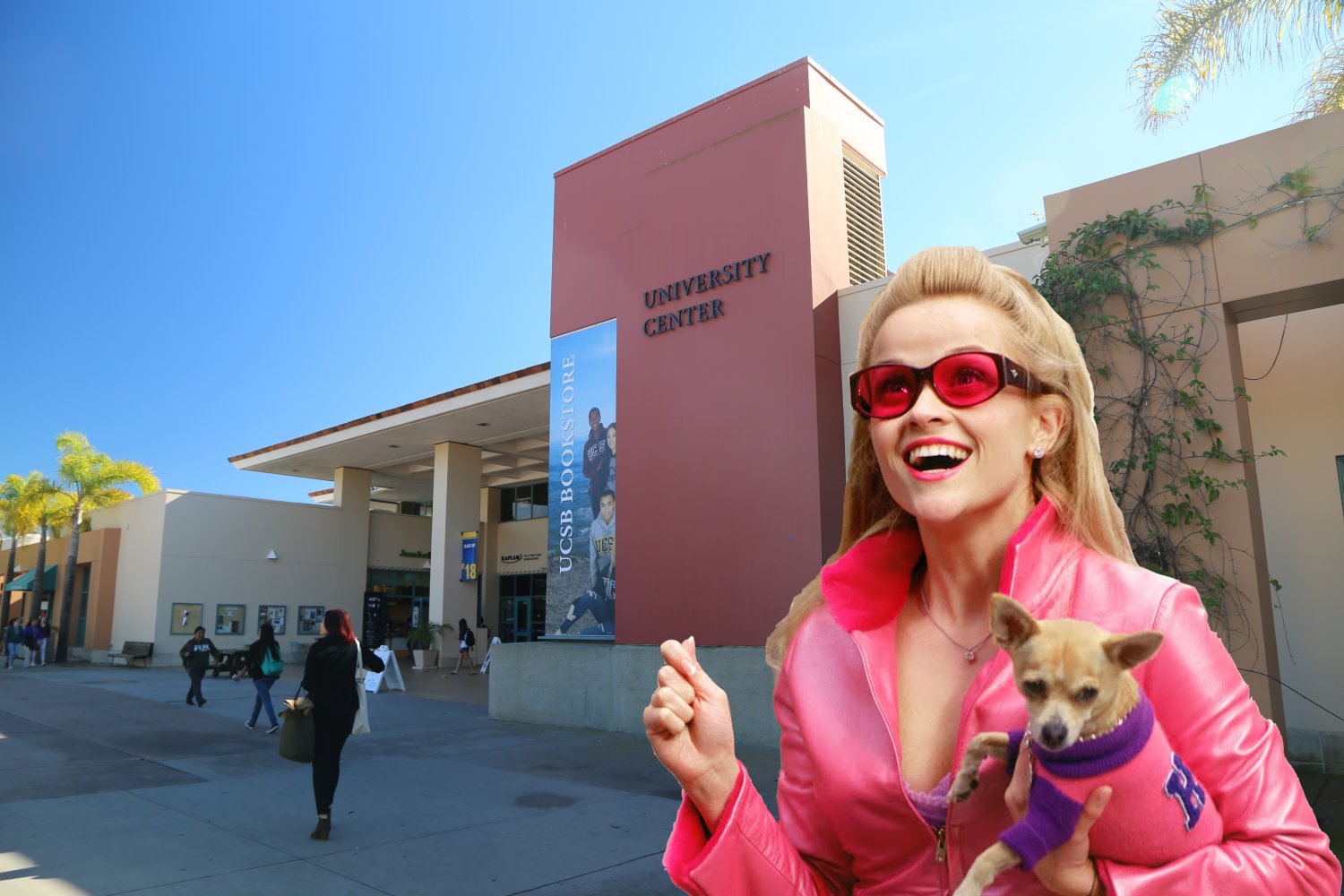 After completing a campus visit and tour yesterday, Harvard Law graduate and political activist Elle Woods made her decision to enroll at UC Santa Barbara official by submitting her statement of intent to register. With an already impressive resume and educational background, Woods stated that pursuing her next degree will be another “totally great” endeavor.

“Ever since I started working in Washington, I’ve been thinking about my next career move,” said Woods as she posed in front of the art department’s mural for a photo. “Education has always been a top priority for me, and UCSB’s stellar reputation really appealed to me.”

Woods will be the first student to enroll in the newly formed Department of Fashion Merchandising in the College of Letters and Science, representing another groundbreaking innovation for UCSB’s educational offerings.

The CULA alum spoke about how much she missed California during her time on the east coast, but wanted a change of scenery when she finally returned. “I kept hearing about all the things Santa Barbara is known for: the beach, the parties, its six Nobel Laureates and its competitive national ranking as a top public university. I knew for sure it would be the perfect fit when I saw its diverse blonde population!”

Woods says she has big plans for the upcoming school year, some of which include leading research projects based on her thesis examining the effects of half-loop stitching on low viscosity rayon and establishing the first UCSB chapter of the Delta Nu sorority.

Jasmine Vaughn is a third-year communication major who’s graduating early because what, like it’s hard?

That’s crazy because Legally Blonde the Musical is also happening at the Old Little Theater next month: March 10-12. Woah! Coincidence!