The Daily Nexus
Sign of the Times
Trying to Look Away from a Train Crash: What it’s Like to Watch the Election as an American Abroad
October 7, 2016 at 10:22 am by Sebastianne Kent 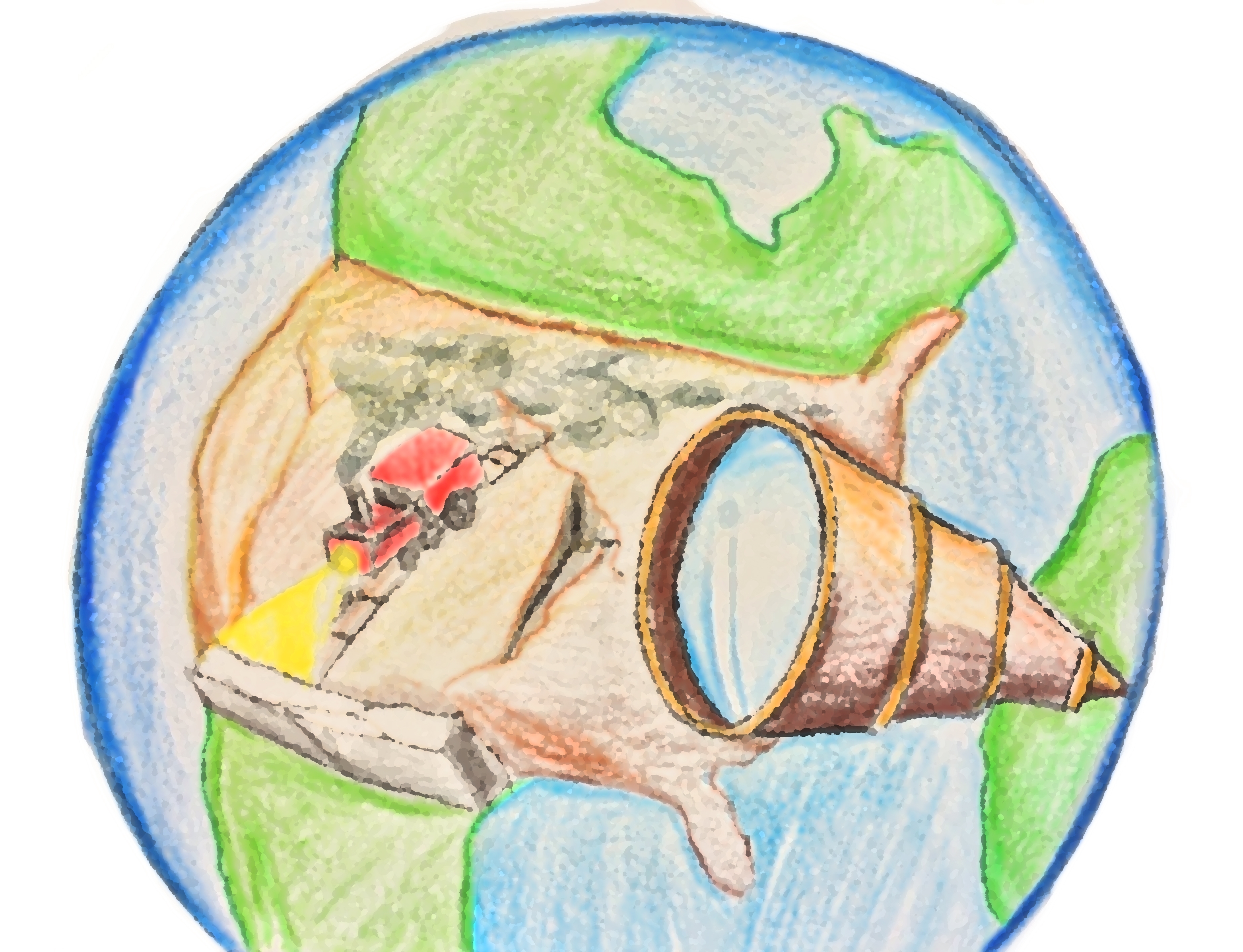 Moving to a new country, even for a short amount of time, is an experience you can’t fully anticipate. We’re told over the course of our education that America is a country everybody watches and that our policies break ground for change in the rest of the world. This is somewhat true. America is the queen bee in the clique of world superpowers (to simplify it greatly). The decisions we make are by no means always good, but we have lofty principles, glitzy rhetoric, and when our political leaders make mistakes, they’re always noteworthy to say the very least.

In keeping with that analogy, if we are the queen bee, this election is the party where we get way too drunk, break up with our handsome, understanding boyfriend and go on a raging bender of racist insults and unfortunate spray tans. The world is watching with bated breath. Will we recover, come to our senses, and be the country we act like we are in the history books we teach our children? Or will this be a fast downward spiral to a dark and unknown depth?

The election is the first thing somebody asks you about when they find out you’re American. And what’s terrifying, and even insulting, is that a large amount of people genuinely believe most Americans support Trump for president. This is almost certainly due to the stereotypes of Americans that exist abroad, but it says something about the leaders we have elected that our stereotypes have become the way other countries actually see us.

Sure, the stereotypes of striped shirts, mimes and baguette toting exists for French people. But I’m assuming for most Americans, if you met someone who was French, you wouldn’t be astonished if they didn’t present themselves like that.

And what’s terrifying, and even insulting, is that a large amount of people genuinely believe most Americans support Trump for president.

But we have allowed our political system to become so dystopian that a caricature of a man has become a major party leader. And because we only have two legitimate parties, people think there is a large number of people supporting him. It honestly just makes me feel somewhat guilty. Guilty for every step I possibly could’ve taken to avoid such a horrible situation. Because as much as polls and statistics show it’s unlikely he will win, what are we going to do if he does?

When discussing the popularity of Trump, it’s important to touch on the role Hillary Clinton, and even Bernie Sanders, takes in all of this. Europe watched with us as we mourned the loss of the possibilities that could have been when Bernie lost the democratic nomination. And the general sentiment regarding Hillary seems to be that she’s better than Trump, but not necessarily by a large margin. We have the media to thank for that, and speaking of which, let me touch on the debate…

The feeling I got while watching the nasty jabs Trump continually spouted was akin to watching the most awkward part of a teen romance movie. You’re cringing up until the unraveling at the end, because what is in front of you is just so awful and uncomfortable. Except this didn’t end. I still feel that way and the only way to make it end is to elect Hillary; otherwise, I may very well implode into my own black hole of guilt and shame.

Potentially one of the most puzzling things to me is the way the moderator and the commentators treated the affair: like a legitimate political event. They talked about how unique this debate was, Trump’s policy ideas] and his rhetoric. His only consistent rhetorical tactics were fear-mongering and the lack of rhetorical strategy. It was as though he had been possessed by the spirit of a petulant child. I’ll admit, I’ve steered clear of hearing Trump speak until he became the republican nominee. I knew the threat without having to hear him directly; the memes and tweets were enough.

But after watching the debate, it became abundantly clear that this man can not only not be president, but can’t be allowed to represent our country. Even the way our mainstream media portrays him as a legitimate opposition to Hillary Clinton is a detriment to our national image. It’s embarrassing, and to people who have spent their lives dealing with actual politicians whose politics differed and not their fundamental moral fabric, it must have been sickening as well. I know it was for me.

Sayings like, “the land of the free and the home of the brave” cast a long shadow, but we can’t even begin to achieve our goals if we disengage ourselves from the political system to the extent that we allow someone like Trump to be our president.

That isn’t to say the rest of the world is perfect. As an environmental studies major, coming to France and seeing how the people’s attitudes toward sustainability differed from the image their country’s policies portray, I was disappointed. They have their own Donald Trump in Marine Le Pen of the Front National Party. But we should stop judging ourselves in comparison to the rest of the world and instead hold ourselves to our lofty ideals.

Sayings like, “the land of the free and the home of the brave” cast a long shadow, but we can’t even begin to achieve our goals if we disengage ourselves from the political system to the extent that we allow someone like Trump to be our president. And, if anything, the fact that the world is watching, holding their metaphorical buckets of popcorn and waiting for us to be stupid enough to let it happen, should enrage you enough to cast your ballot in favor of common sense.

I have this guilty wish to pretend it isn’t happening. I could just stick to French 24/7 or pretend I’m English to avoid the questions about Trump and the upcoming election. But, unfortunately, we all have the duty now more than ever to be involved. And being here, and having to try to explain how this happened and how Trump has a stab at the presidency, is like being a weird type of ambassador for my country.

Sebastianne Kent feels the weight of the election some 4,700 miles away.

K, understood. Embarrassingly stupid, agree. In the larger context, it’s yet another example of our sprint for the cliffs of collapse and extinction; a run we’ve been accelerating for decades … which you already know from your work in environmental studies. 1983. “Our system for the selection of leaders who are suited to the time in which we live is no longer appropriate, useful, or effective.” Jonas Salk — “Anatomy of Reality” 1983. “We’re in a war for survival and it’s everybody’s duty to get involved. If they don’t, they’ll be drafted into it anyway, by circumstance.” Paul Watson Captain… Read more »