The Daily Nexus
Swim and Dive
Gaucho Men’s Team Comes Up Short vs. Trojans
October 3, 2016 at 5:01 pm by Sean White

While the 40-year coaching career of former UCSB swim Head Coach Gregg Wilson will be celebrated this Saturday, Oct. 8, a new chapter in the swimming program’s history was unveiled this past weekend with Matt Macedo making his head coaching debut after joining the program as an assistant in July 2014. 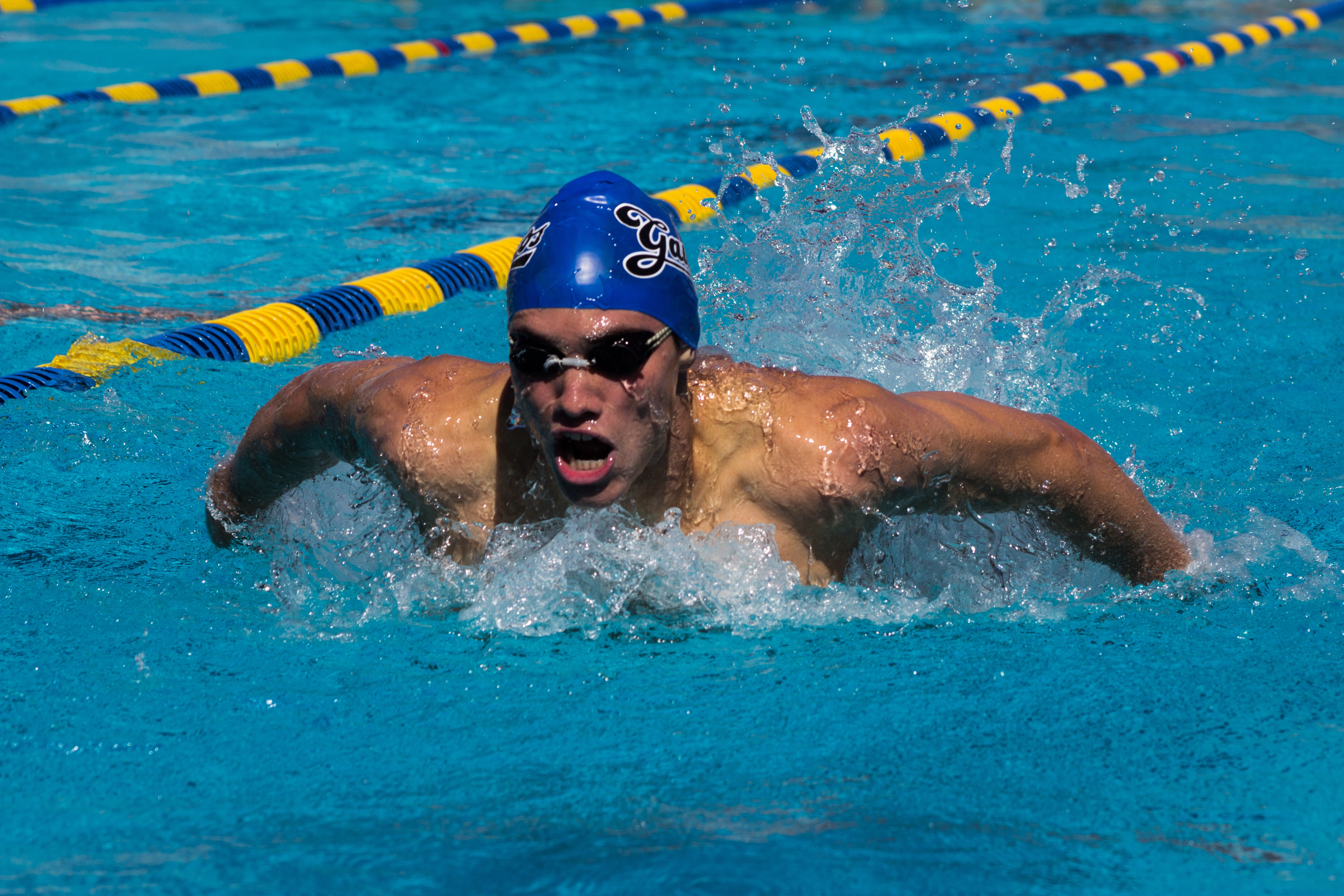 Santa Barbara officially began its 2016-17 campaign on Saturday, hosting USC at Campus Pool. During a meet in which only the men’s teams competed, the Gauchos were defeated by the Trojans 179-78. The opening loss landed the men at 0-1 while USC improved to 2-0 on the season.

Despite the team’s temporary loss of starters due to the suspension of all players excluding freshmen and first-year transfers on Sept. 23 for allegations of hazing, Macedo understood the circumstances he and his team faced but did not allow that to spoil his first ever season opener as the Gauchos’ coach.

“Overall we knew we had our hands full. USC was a Pac-12 champion a year ago,” said Macedo. “Having some men out of the meet [Saturday] was disappointing and difficult for us. Swimming that meet against that caliber of competition with 11 guys: It was challenging, but I’m proud of the way they swam.”

Missing from UCSB’s intended 12-man lineup for the day was junior transfer from University of Indiana and IM/breaststroke swimmer Jonathan Panchak, who suffered a neck injury.

Of the 14 events that took place on Saturday, 11 of which were individual races, UCSB managed to finish in first place twice.

Emerging for the Gauchos’ first victory of the meet was senior Yoessef Tibazi with a time of 48.88 seconds in the 100-yard butterfly. USC senior Michael Domagala narrowly trailed him with a clock-in time of 49.35 seconds.

Following right after Tibazi with a win in the 100-yard IM was sophomore backstroke/IM swimmer Douglas Nogueira. He collected the first-place finish in 52.41 seconds, just ahead of two fellow Gauchos, Tibazi and sophomore butterfly/IM swimmer Javier Lopez. Tibazi placed second with a time of 53.70 seconds while Lopez was registered at 54.33 seconds.

Certainly the victories of Tibazi and Nogueira elicited a sigh of relief from the Gauchos, but it was evident the team’s lack of players — due to suspension and the women’s team not having a scheduled meet — took its toll on the players who competed Saturday.

“They [didn’t] have the women to separate and give them more time in between races,” said Macedo. “Some of those boys had to go from one event directly into another and that’s a really hard way to go into that meet. We’ve got some work to do; we looked a little sloppy in some areas, but at the same time we know what we need to improve.”

Sure enough, USC took advantage of the Gauchos’ shortcomings and ended Saturday’s meet with a total of nine first-place swimmers.

Leading the Trojans with two first-place wins was junior Dylan Carter. He established his presence early in the third event of the meet, winning in the 200-yard freestyle at 1:37.90. Finishing with a time nearly four seconds quicker than the second-place finisher, Carter’s imprint on the meet surfaced early.

But the competition became more intense as the Trojans’ top swimmer participated in the 100-yard freestyle, which also included the Gauchos’ prominent Tibazi. Carter prevailed and continued his dominance with victory at a time of 45.47 while Tibazi swam closely behind at 46.09 seconds.

Surely the Gauchos’ lack of depth should be of consideration when analyzing the results of Saturday’s meet, but much work is to be done if they plan on helping their first-year coach obtain immediate success.

Although Macedo is in his first season as head coach at UCSB, it is his third year with the program. While he’s still working to figure things out inside the pool, Macedo doesn’t have to change his vision too much, as most of the pieces he’s been working with since day one are still in place.

“What I want to do is continue a very strong culture of hard work and academic success,” said Macedo. “I want to put my own twist on that; we’ve got a new staff this year [and] Gregg is still around volunteering, [which] is a real resource of mine to have him to bounce ideas off of and [see how did he] handle this in the past.”

Next for both the UCSB men’s and women’s teams is the program’s annual Intrasquad and Alumni games. The pair of exhibition matchups with take place on Saturday, Oct. 8 with the Intrasquad game starting the morning off at 9 a.m., followed by the Alumni match at 11 a.m.

Both games will be hosted at Campus Pool.