In the last few years of NFL football, we have watched the depreciation of the running back position. Figured to be replaceable and dispensable, value of the backfield has declined with how easy it has become for teams to sign a free agent running back or to select one in the later rounds of the draft.

While still utilized for goal line situations, blocking and passing routes such as screens and running the flats, the every down running back has become less depended upon as teams elect to establish a more effective passing game or commit to a backfield that features multiple ball carriers.

However, while today’s fans (including myself) may not have experienced the running backs of the NFL that peaked during the 70s, 80s, 90s and early 2000s, the 13 running backs nominated within the 94 players and coaches selected to potentially be enshrined in the Class of 2017 Pro Football Hall of Fame are a reminder of when the game flourished within the trenches.

Although each are deserving of their Hall of Fame nominations, this piece is dedicated to choosing a Top 3 class from the 13 running backs to send to Canton, Ohio for the enshrinement ceremony. Without further ado, here are my selections:

The only other respected “LT” in NFL history alongside Lawrence Taylor, it is inevitable that LaDainian Tomlinson is one of the league’s best backs ever to grace the field.

Gifted with all-around talent to juke defenders between the tackles and possessing the strength that helped complement his elusiveness, it was of no surprise when LT set the all-time record for most touchdowns in a single season at 28 in 2006.

A career deflated by injury proneness and an extreme knee injury during the 1999 season that marked his drastic decline and eventual retirement in 2002, the legend of Terrell Davis remains a tale of what could have been.

One of seven running backs in NFL history to rush for 2,000 yards in a single-season and crowned the 1998 NFL MVP after rushing for 2,008 yards and an all-time sixth ranking 21 touchdowns on 392 carries; Davis was destined to etch his name amongst the greatest in the league’s record books but unfortunately was plagued with injuries after putting up some of the best stats by a rusher in his first four years in the NFL.

Via Kevin Patra of nfl.com, Davis owns the highest career playoff rushing average at 5.59 yards per attempt and is tied with Hall of Fame running back Emmitt Smith for most playoff 100-yard rushing games at seven but distinguishes himself by completing this feat in seven-straight postseason matchups. Nonetheless, he is one of 12 players in NFL history to win Super Bowl MVP and AP NFL MVP (Patra, nfl.com). While his statistics will forever be admired, the mind will only continue to wonder how Davis’ career would have ultimately ended if healthy.

A hardnosed bruiser at 6-3, 235 pounds complemented by his speed and agility to cut in and out of gaps, Eddie George was like a created player in a video game when on the field. 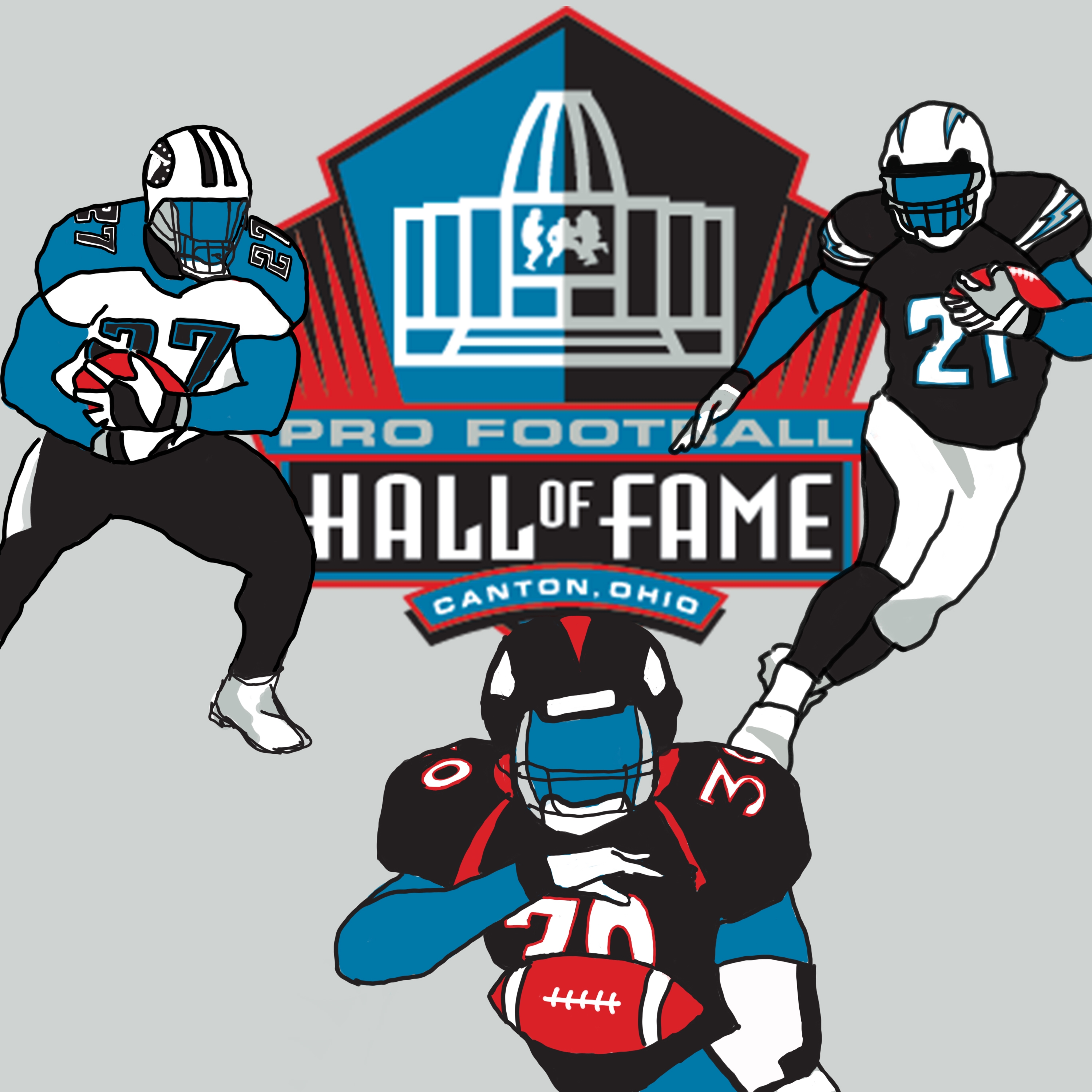 His impact in the backfield was immediate as he won the 1996 NFL AP Offensive Rookie of the Year award after rushing for 1,368 yards and eight rushing touchdowns off of 335 rushing attempts. Following his stellar first year, George continued his success with four consecutive 1,000-yard seasons.

Nonetheless, he maintained this consistency recording 1,000-plus yards in seven of is nine NFL seasons. Despite signing with the Dallas Cowboys in his final year in 2004, George remains the Titans all-time rushing leader with 10, 009 rushing yards, 64 rushing touchdowns, and 2,733 rushing attempts.

He was an absolute workhorse that aided the passing game of the late former 2003 AP NFL CO-MVP Steve McNair. George somewhat serves as a benchmark to the emergence of the large yet still elusive backs that we see in the NFL today.