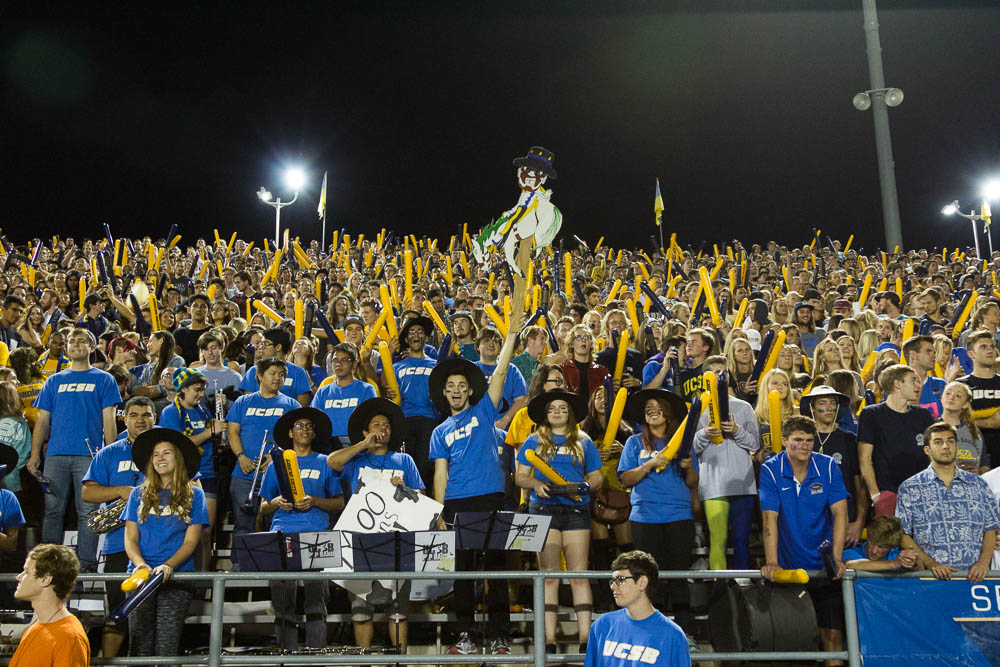 Gauchos filled Harder Stadium in October 2015 to cheer on the UCSB men’s soccer team in their game against the Cal Poly SLO. Nexus File Photo

On behalf of the Daily Nexus Sports staff, we would like to welcome the class of 2020 to paradise here at UCSB. While you may not know it just yet, various moments and fun memories await as you continue life as a Gaucho.

Helping to form the memories to come will be the many sporting games and matches that are scheduled during the Fall, Winter and Spring Quarters.

With school approaching, there will be a brief introduction to some of the sports that make being a Gaucho even more enjoyable. But for now, prepare to get to know one of our most popular teams on campus: the UCSB men’s soccer team.

At the helm of the Gauchos’ soccer program is Head Coach Tim Vom Steeg. Currently in his 18th season, Vom Steeg has helped lift UCSB’s program to new heights since his debut season in 1999.

Guiding Santa Barbara to its first NCAA Tournament appearance in 2002, the veteran coach has created a winning environment that has resulted in two national championship appearances in 2004 and 2006 in which the Gauchos defeated UCLA 2-1 for the title in their second trip.

With longevity and the accolades to back it up, the all-around growth UCSB has made in nearly the last two decades illustrates a standard of consistency that Vom Steeg has helped create within the Gauchos’ program.

“[It’s] been what I’m most proud of,” Vom Steeg explained. “I think the fact that we’ve made 13 trips to the postseason out of 17 years that shows that we’ve been able to do the right thing more often than not. To do that you need the right players, coaching staff and the right support networks, especially from our community.

When you add it all up, you at least give yourself a chance to compete first for the Big West Championship, then a national championship.”

The journey to championship games are always a tough mountain to climb but overcoming some of these obstacles is made much easier with the presence of senior forward Nick DePuy. 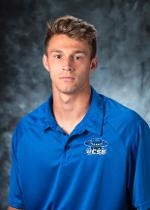 The reigning Big West Player of the Year for the past two seasons, DePuy is entering his final year as one of the most highly touted players in the nation.

He finished with an NCAA leading 15 regular season and eight game-winning goals.

“Nick is obviously a big success story for us,” Vom Steeg said. “He’s far exceeded any of our expectations. Now he goes into his senior year as probably one of the top three strikers in the country. But, I do think this that this year is a big challenge because I think he surprised people the last couple years, but he’s not going to surprise anybody this year. He will be the one player [teams] circle whenever anybody is scouting UCSB.”

Although DePuy has excelled individually, it is not without the help of his teammates that has contributed to his growth as a player, especially since making the transition from being a midfielder to forward during his sophomore season.

“Nick is not by himself creating his own opportunities,” Vom Steeg said. “He is the player that will finish the goal but it has to come off a lot of good things from other players. It’s really incumbent on the players that we put out on the field that they create opportunities for Nick. Fortunately for Nick, I feel like we have our best players returning to our offense and consequently Nick won’t have to do more than what he needs to do.”

Despite winning the Big West North Division last season, the Gauchos fell short in the Big West Championship game affecting their chase for home field in the postseason. The Gauchos were able to advance to the Sweet 16 due in large part to being at home and having a great home crowd cheer them on. When having the advantage of a home field and fan base such as Harder Stadium, it could have only been most beneficial in pursuit of the national championship.

“If your goal at the end of the season is to be playing home games at Harder Stadium then you cannot take any game for granted,” Vom Steeg said. “Our goal of course will be to put ourselves in that opportunity to win playoff games. Our players know that every single game we play equal the same [magnitude], we have to approach it the same way.”

Thus far UCSB has looked exceptionally well, defeating Westmont 3-0 in its exhibition opener. DePuy finished with one goal in the Gauchos’ victory over the Warriors.

Santa Barbara will officially begin its regular season on Friday, August 26 vs. Oakland at Ohio State.

Following is the remainder of the Gauchos’ 2016 schedule: