The Daily Nexus
Nexustentialism
It's satire, stupid.
Clinton, Sanders Drop Out of Race, Chancellor Yang Set To Run
May 30, 2016 at 6:54 pm by Gia Cephal 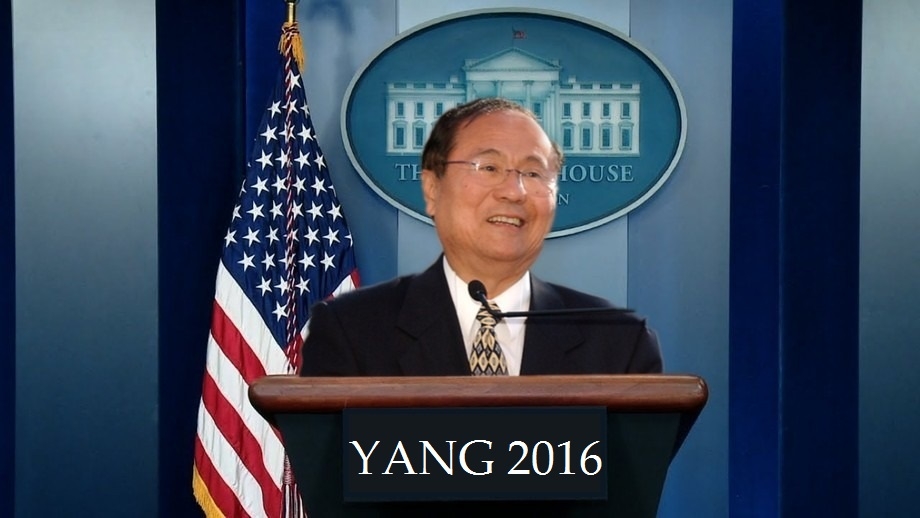 ISLA VISTA, CA — In a developing story, we have just discovered that both Hillary Clinton and Bernie Sanders have decided to drop out of the presidential race. This comes as a shock to many Clinton and Sanders supporters who had believed that they had positioned themselves well along the campaign trail. Many hoped that whoever won the party nomination would be set to take office, believing that a majority of people would not elect Trump as their president. While the merit of that sentiment is still under debate, American citizens are now coming to the realization that not only will their beloved candidate not be the next president, but that the next leader of the United States will be Donald Trump himself.

Acknowledging that this result is less than satisfactory, UCSB’s own Chancellor Henry Yang has proposed his own solution: He will be entering the race for president on the 2016 ballot to save us from Trump. Although registering to run for president was cut off a few months ago, the US Federal Election Committee has decided to make an exception for the beloved Yang. A regular superhero, Yang plans to fulfill his duties as Chancellor for the remainder of the year while simultaneously running a full-fledged campaign.

Yang has decided to relocate his place of residence to the 66 block of Pasado in order to connect with his constituents. He hopes to really understand what students hope to gain from their upcoming president and will be holding office hours from 12 p.m. to 3 p.m. every Wednesday to hear students out. On other days he will be traveling to other college campuses in an attempt to gain the youth vote from his campaign. The remainder of his votes he hopes will come from people who “really don’t want Trump as their president.”

After running a poll, 93 percent of UCSB students said that they would vote for Yang in the upcoming election, leaving 7 percent that would either vote for Trump, vote for another third-party candidate or not vote at all. Out of the 93 percent that said they would vote for Yang, 25 percent openly admitted that they would likely not vote in the general election because “it’s too much work” to register and cast a ballot. Another 30 percent said that they had not yet registered to vote but that they had plans to “get around to it” before the cutoff for the general election.

The results from the poll conducted and the recent news regarding Clinton and Sanders’ departure from candidacy forces many to re-evaluate their political views, if any at all. Political apathy is at an all-time high around the United States, especially among college students. However, with Chancellor Yang’s upcoming participation, many are hopeful that voter participation will rise in time to beat Trump and secure the livelihood of the American political system.

Gia Cephal is a third-year biology student who dislikes people who don’t vote almost as much as she dislikes Trump supporters. #PresidentYang2k16

Hahahahahahah he cant even manage this school lolol good read!

is he gonna get Katya to do all the difficult stuff for him as president too?? :p

Say it with me
“President Donald Trump.