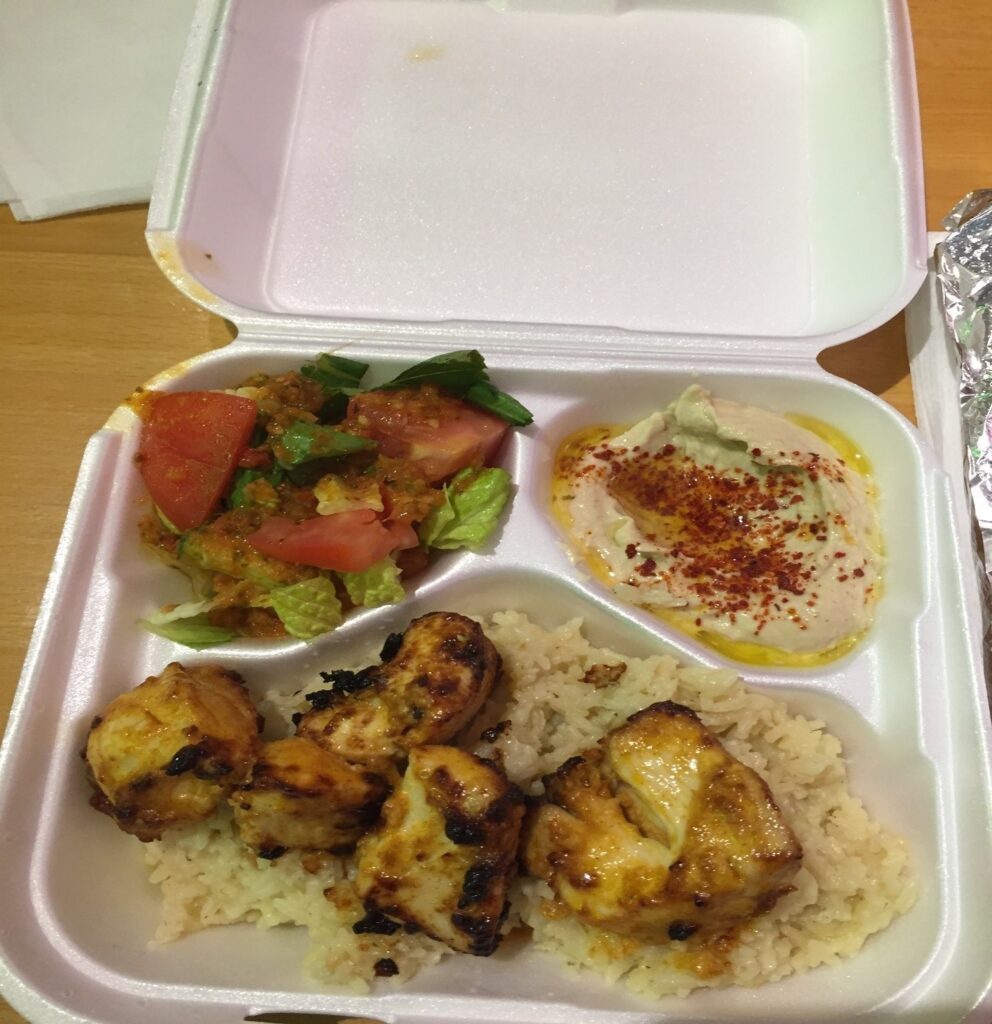 Lovin Oven has changed its name! 805 Kabob has opened its doors, offering Mediterranean flavors to the residents of Isla Vista.

I visited 805 Kabob this past Wednesday, hungry after a long day of classes. The place was empty since students were not yet completely done with classes for the day.

805 Kabob’s menu presented items similar to those of Lovin Oven. The menu was simple, offering meals in the form of plates, bowls, salads, wraps and burgers. I opted for a mini plate with a chicken kabob and my choice of two sides: salad and pita bread. Everything was cooked upon ordering, resulting in a roughly 10 minute wait. I took my food to go, joining my roommate at Déjà Vu.

Upon sitting down to eat, I dug into the chicken kabob. The chicken was juicy, lightly covered in some sort of sauce that made for some potent flavors. The kabob was served over a bed of rice, which made for a good addition despite being somewhat mushy. I moved on to my salad, which consisted of lettuce, tomato, cucumber and some sort of salsa-like sauce. I found it to be quite good, having an almost citrusy flavor. I had been given a side of hummus, which was a nice addition. I personally am not a fond of hummus, but I found it rather generous of them to include.

Overall, I found my meal to be rather satisfying. The menu provided good flavors and offered reasonable prices. I definitely felt as if I received my money’s worth, my meal being enough to fill my stomach and leave me with leftovers.

I recommend visiting 805 Kabob and trying their chicken kabob or any one of their other surely delicious menu options.