This past Thursday, the No. 5 seeded UCSB men’s volleyball team managed to force a fifth set against No. 1 BYU after dropping the first two frames, but were unable to close out the match in its final stretch as the Gauchos’ six-match streak was ended in the MPSF Semifinals. 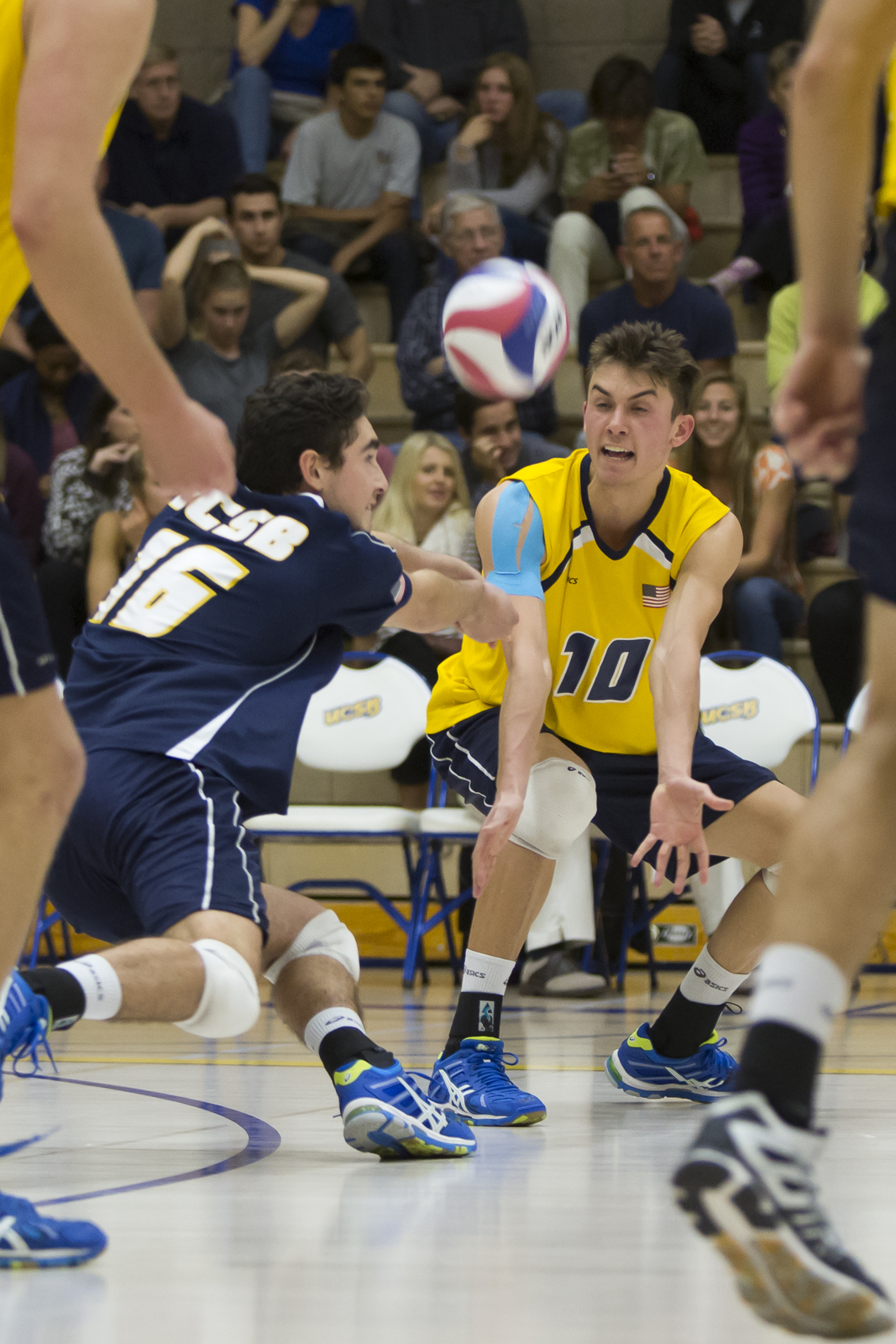 BYU’s victory over UCSB earned the Cougars their eighth consecutive win as they remained atop the AVCA Division I-II Coaches Poll and improved to 25-3 overall, 19-3 MPSF.

Following their victory against the Gauchos, the Cougars went on to capture the MPSF championship title with their 3-1 defeat of No. 3 Saturday night.

With regard to Thursday’s match, the Gauchos struggled to get going early in the match, hitting for a lowly .136 and .128 in the first two sets, falling to a quick 2-0 deficit. Senior Jonah Seif took over at the start of the third set, though, to help his team back into the match.

The setter recorded two kills and five assists to race out to a 7-2 lead in the third, and the Gauchos were able to hold onto their lead for the rest of the set to close it out 25-23. Seif finished the night with 57 assists and seven kills to his name.

UCSB’s attack was distributed particularly evenly, with all five hitters recording at least 12 kills, led by junior opposite Matt Marsh and senior middle blocker Ryan Hardy, who each tallied 15.

In the fourth set it was more of the same, with the Gauchos fending off the Cougars, holding onto their lead from 10-10 and beyond, never leading by more than two in the frame. Sophomore outside hitter Hayden Boehle, who made his way into the starting lineup during the last week of the regular season, led the team with 5 of his 12 kills in the set.

Hayden’s brother, junior libero, Parker, continued his string of impressive defensive performances, recording a game-high 16 digs in the loss. The libero counted his eighth ten-dig game of the season, and the fourth in as many games, leading the defensive charge.

The UCSB defense couldn’t contain the threat of BYU opposite Ben Patch, who tallied a game high 32 kills, the highest total by a player in any of the Gauchos’ matches this year.

Patch closed out the match in the final set, too, with five kills in the frame, two of which all but sealed the fixture, giving BYU a three-point lead at 13-10. Patch and co. ultimately held onto their three-point lead to advance to the MPSF Conference Championship game against UCLA.

The Gauchos will now look towards the draw for the 2016 Spring Championship Selection, which airs today at 10 a.m. live on NCAA.com.

UCSB is currently ranked No. 6 in the Coaches’ Poll, and will be vying for one of the last spots in the six-team field which will almost certainly include No.1 BYU, No.2 Ohio State and No. 3 UCLA. The last three spots are open for the taking, with the next five teams in the national rankings coming out of the powerful MPSF.